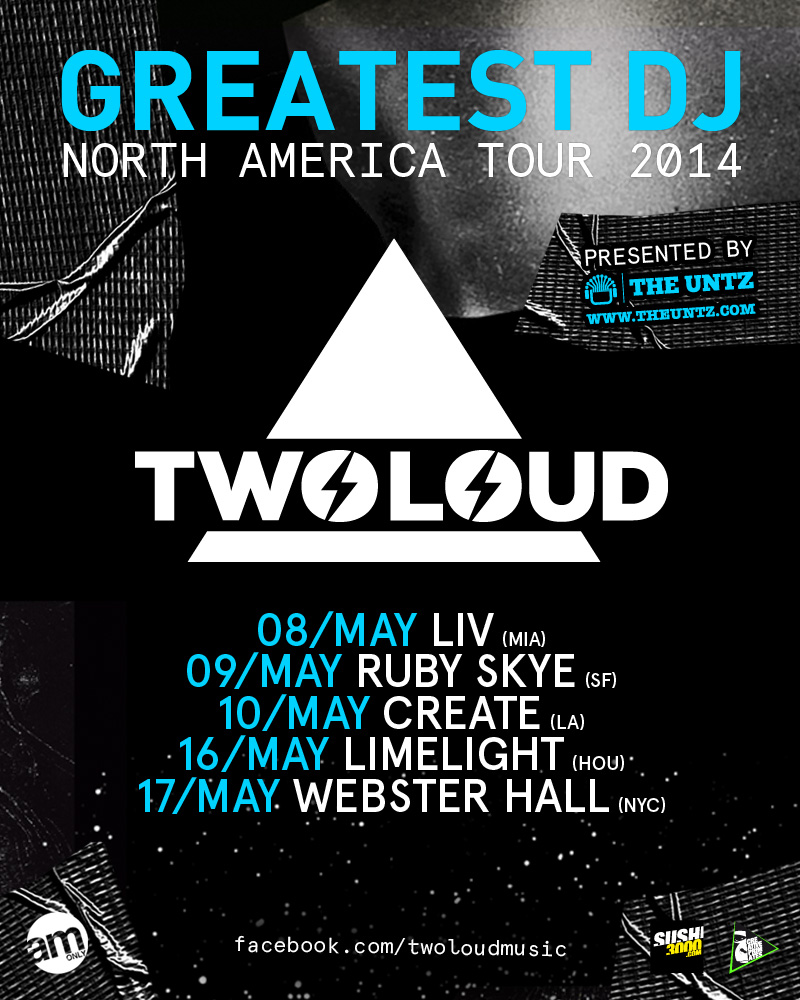 The dance music world is abuzz. Who are the mysterious producers behind the wildly successful TWOLOUD brand?

Already, the duo has smashed charts with its huge remixes and originals, and yet their mysterious identities remain veiled. That is, until now.

The tour kicks off tomorrow at LIV in the heart of the EDM boom: Miami.

Then a cross-country jet lands the team in San Francisco for Ruby Skye, followed by a trip down the coast to Create in LA.

Next weekend, a Friday night in Houston at the Limelight turns over into a Saturday night tour closer in NYC at the legendary Webster Hall.

It just so happens that The Untz is giving away a PAIR of tickets to EACH of the five shows on this debut US tour. Click here to enter! Hope you're feeling lucky...

The tour takes its name from the latest release on W&W's Mainstage Music, an Armada imprint. The Dutch duo calls the mystery music-makers' new track "astounding."

This comes on the heels of the massive remix of Galantis' "You" with Tiësto. Yeah, that will give you an idea of how big these guys are. Their Facebook page is starting to blow up, as the name becomes more and more synonymous with some of the biggest tunes being dropped by the biggest DJs in the world.

Guess "Greatest DJ" is the best name for this tour. See you out on the floor.