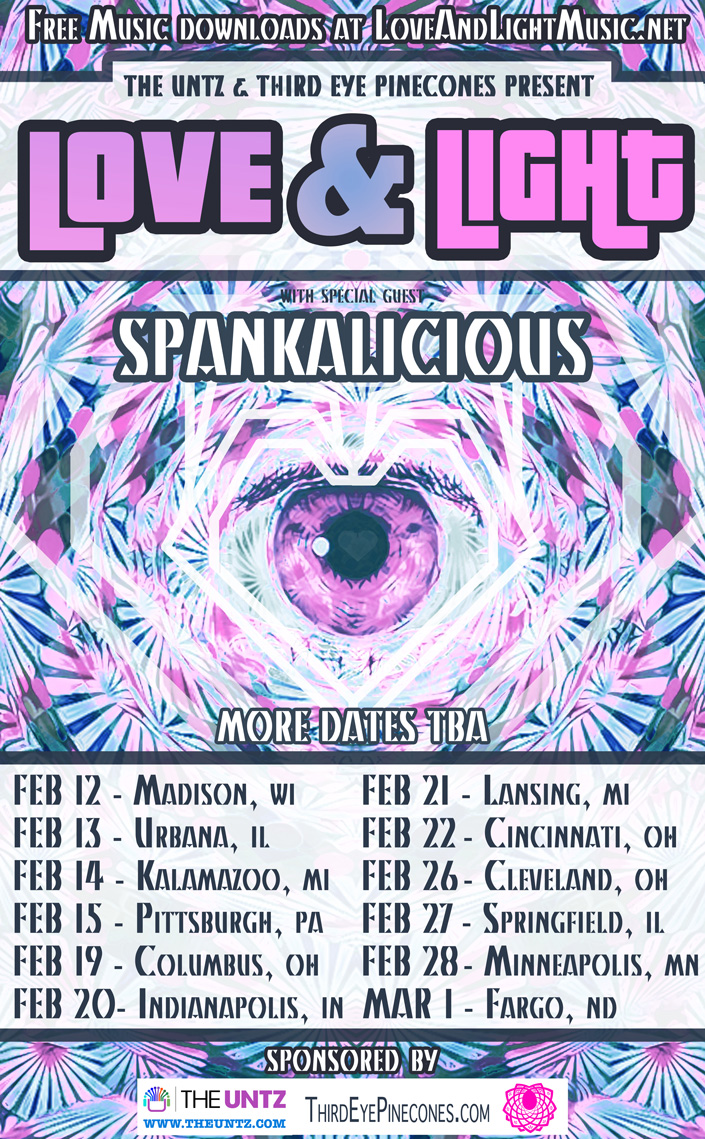 In anticipation of its forthcoming Shift Happens release on Simplify Recordings, glitch-hop duo Love and Light is hitting the road, and TheUntz.com is proudly tagging along. 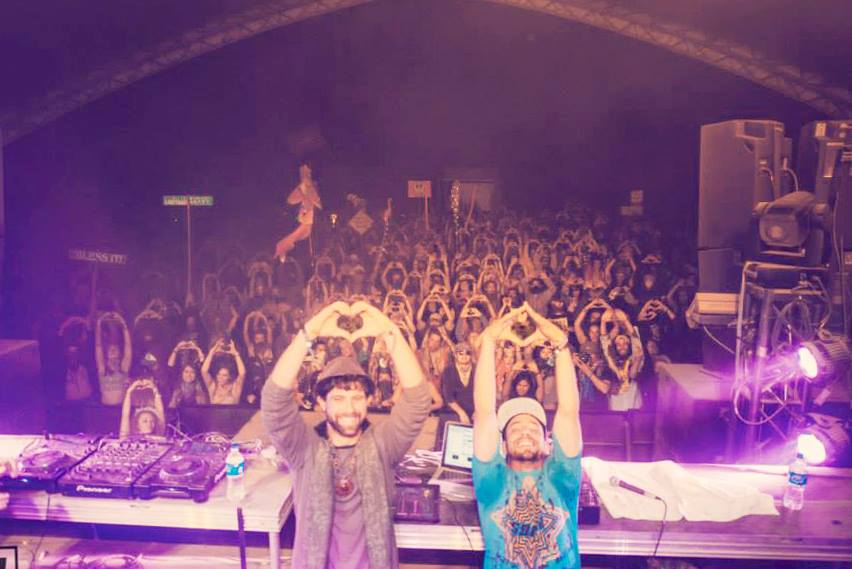 Since the launch of The Untz four years ago, we've been on board with the duo of Matt Madonna and Ryan Anderson out of Reno, NV. Mainstays of the Burning Man scene, Love and Light has been carrying the banner for West Coast bass music for half a decade. The guys have hit festivals from Coachella to Ultra to Envision, and everywhere in between. Using glitch, hip-hop, and fun and funky remixes as tools, Madonna and Anderson have been bringing their message around the world, but this February, the boys hit the road hard in the States to spread the word on their home soil.

The midwest portion of Love and Light's tour kicks off at The Frequency in Madison, Wisconsin on February 12th. From there, the team hits hotspots like The Canopy Club in Urbana, IL, Papa Pete's in Kalamazoo, MI, and the intimate Pub IG in Pittsburgh, PA.

Spankalicious will be along for the ride across the midwest. On his grind, Kevin Moore has been releasing a track of week in the trappy psychedelia zone. The producer and DJ now claims Ohio home, and fittingly the tour will hit THUMP at Circus in Columbus, Beachland Ballroom in Cleveland, and the Mad Frog in his hometown of Cincinnati.

Donnie's Homespun in Springfield, IL, The Mousetrap in Indianapolis, IN, and Mac's Bar in Lansing, MI will all play host to the winter tour as each state gets its fair share of love.

Spanky's ride closes out with dates in one of Love and Light's favorite spots, The Loft in Minneapolis, MN, and finally the burgeoning scene of Fargo, ND at Nestor Tavern.

Many more dates are yet to be announced, but it's fair to say that the midwest is about to experience its fair share of 'Love and Light' even in the depths of winter.