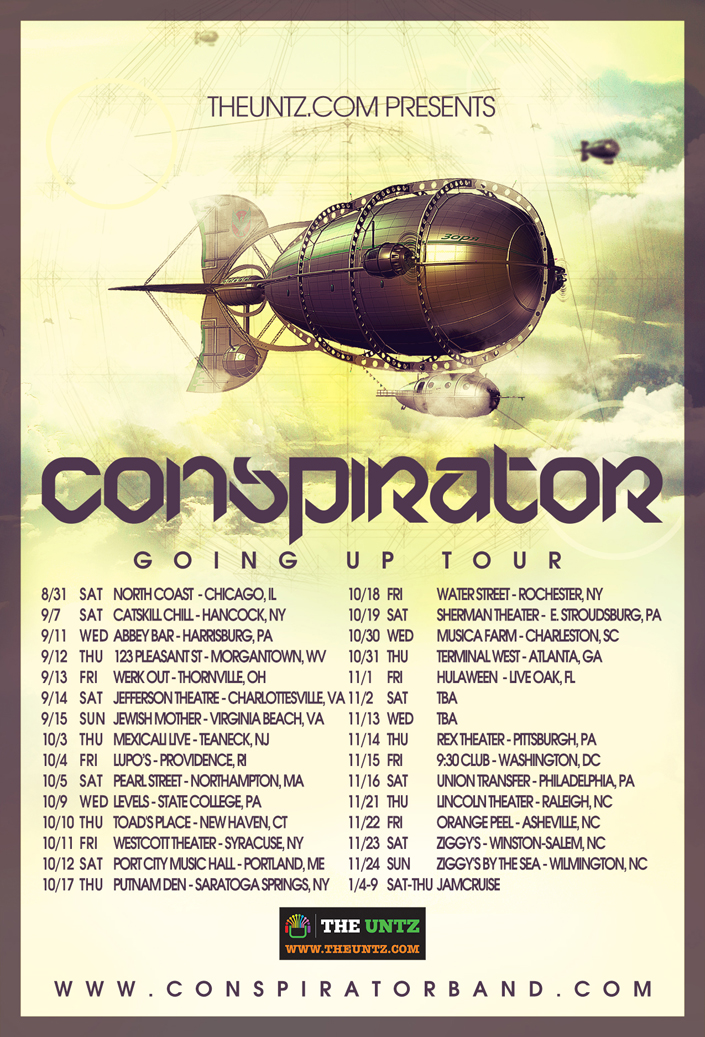 We can barely contain our excitement! TheUntz.com is the official presenting sponsor of Conspirator's Going Up Tour, ripping across the northeast, down the Atlantic seaboard, and into the southeast this fall. After a summer full of major festival sets including Electric Forest, Summer Camp, and Bonnaroo, the fearsome four-piece will be hitting clubs and theaters up and down the east coast throughout the fall.

The tour kicks off this weekend in Chicago, IL at "summer's last stand" - North Coast Music Festival. Keyboardist Aron Magner and bassist Marc Brownstein will be joining the rest of The Disco Biscuits for a festival set and sold out after party (at the recently opened Concord Music Hall), before returning to the road with Conspirator for a couple dates in Pennsylvania and West Virginia before hitting The Werk Out in Ohio in early September. Other notable stops along the tour include Halloween at Terminal West in Atlanta, GA, and then Hulaween the next night (11/1) in Live Oak, FL with String Cheese Incident, Big Gigantic, STS9, and a bevy of heavy-hitters.

The solidification of the Conspirator lineup with drummer KJ Sawka (of Pendulum and bass super-group Destroid) and wicked guitarist Chris Michetti--sorry, MiSHREDDI--has turned the quartet into a part EDM, part rock band, all raging all the time blazing live act. This fall tour is 'Going Up,' and it's time to get on board.