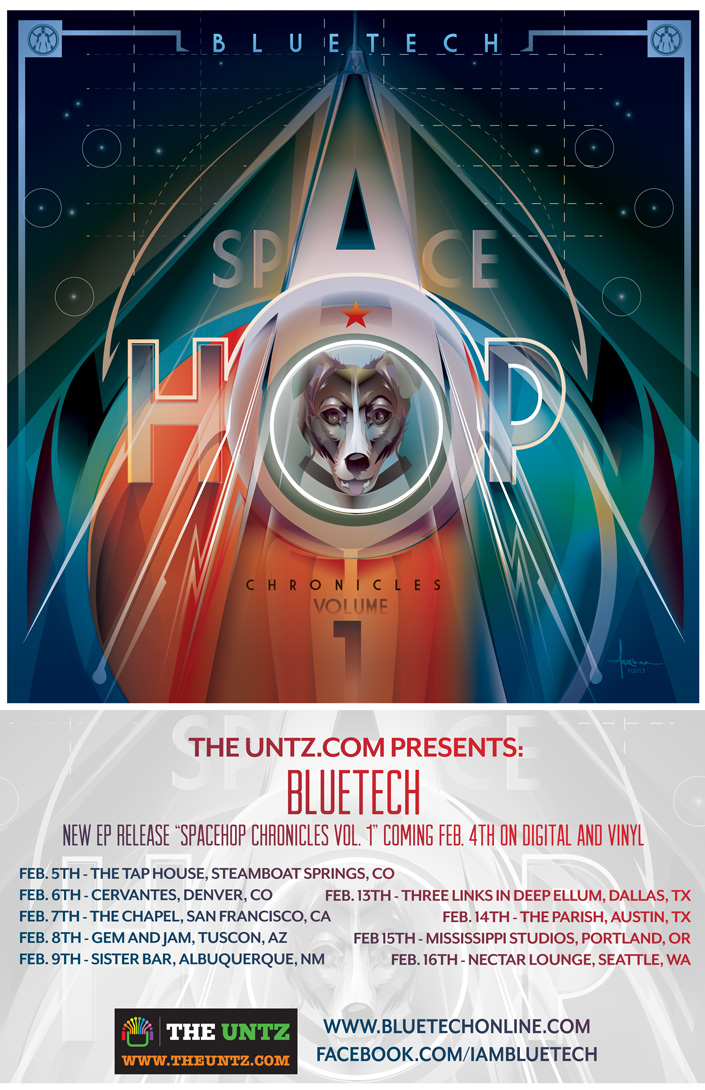 TheUntz.com is absolutely beside itself with joy. We are jumping on board with Bluetech's forthcoming Spacehop Chronicles tour!

Evan Bartholomew is one of our favorite producers in the entire electronic music industry, and now we get to join him as he travels the country bringing his brand new sound to the masses.

As part of the most successful Kickstarter music project on the platform these past few weeks, Bluetech was able to easily hit his goal of not only releasing Spacehop Chronicles Vol  as a digital download, but thanks to hundreds of supporters, the vinyl edition of the album will also be available on February 4th.

The very next day, Evan hits Colorado for a double dip to kick off the tour, including a huge date at Cervantes in Denver, CO with Kaminanda and Kalya Scintilla that will include an exclusive pre-party where Evan will be meeting fans, giving out downloads of his new album, and the first 30 entrants will receive a signed, limited edition poster!

He'll then hit California, Gem & Jam in Tucson, AZ, some dates in Texas as well as in the Pacific Northwest. We're ready to launch this tour into space!

Burrowing into liminal space, that forgotten zone between the organic and the inorganic, reality and surreality, that’s the place Bluetech calls home. Boundless cosmic beats stretch out across sprawling ambient soundscapes. Melodic strings pluck and shimmer; echoing voices expand and contract over the electronic landscape. You can’t pin down Evan Bartholomew, and there’s no sense trying. 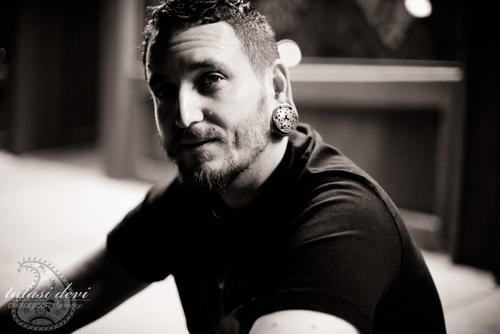 Over a decade of releases has brought Bluetech’s music to fans of downtempo, future bass, and progressive electronic music, rife with emotional intent, and polyrhythmic percussion. From his homebase in the far-flung islands of Hawai’i, Bartholomew transcends the constructs normally associated with a calculated “electronic artist,” pursuing music with meaning and purpose. Choosing to spend his off-stage time meticulously tweaking precision productions, building the solar-powered studio of his dreams, running his music and arts webzine Nomadculture.net, or putting in time on his Critical Beats imprint—dedicated to preserving and protecting Earth’s remaining rainforests—Evan shirks preconceptions of fellow superstar producers.

There’s no bravado, no boasting; just the gentle tendrils of careful composition stretching and seeking; awakening, inspiring, and delighting fans across the country and around the world. Bluetech’s forthcoming collection, Spacehop Chronicles Vol 1, sets out to explore a new realm of his unique music, pulling equally on his training as a classical musician with nomadic harmonic progressions and a deep awareness of music as a kinetic force with body moving beat mechanics, and as always, it’s all inside that space in-between.