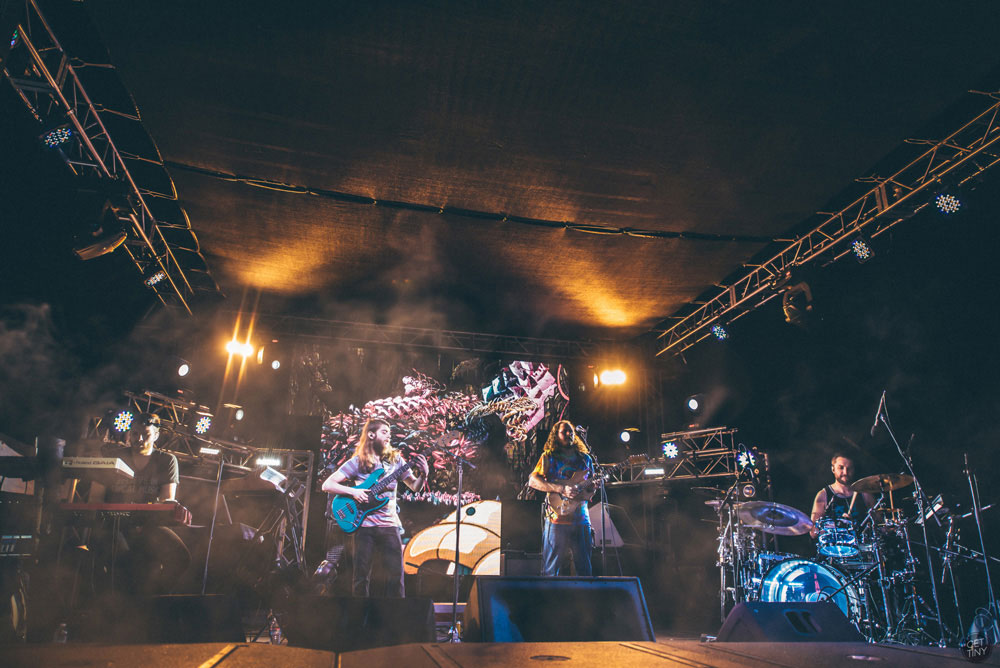 The Werks are on a meteoric rise to the upper tiers of the jam band world. The four-piece's constant touring as well as its attendance at large-scale festivals has earned them recognition throughout much of the North American musical sphere. The band’s 7th annual Werk Out Music & Arts festival was even their most heavily attended yet, and featured the likes of STS9, Greensky Bluegrass, Lettuce and many more. Now the band is breaking new ground and hosting its first indoor festival; The Winter Werk Out Music & Arts Festival.

The venue still contains its original charm, with multiple large spaces and gorgeous stained glass windows. These spaces include the large “Sanctuary” on the main floor, which includes the overlooking VIP balcony. This area, which also includes multiple bars and tons of dance floor space, will play host to the main stage. Another stage will be in “The Great Room,” which is adorned in gorgeous stained glass and also includes an overlooking loft area. 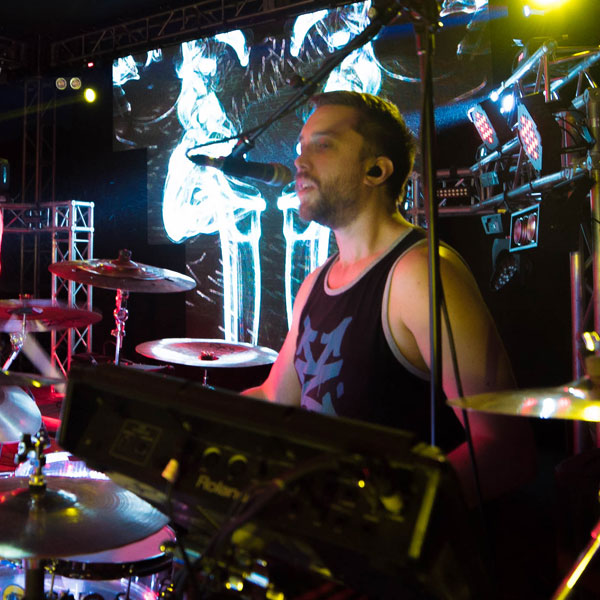 Drummer and Werk Out Executive Producer Rob Chafin is beyond excited for the first Winter Werk Out. “We’ve been talking about it for years and we finally made it happen. We wanted to take The Werk Out vibes from the outdoor summer festival and bring it into an indoor festival. We got the idea from Sonic Bloom in Colorado. We played their Sonic Blossom indoor show one year and we thought it was a great concept.”

When asked about having the show at The Bluestone, Chafin says it is “the perfect venue. “The staff there has been super welcoming and we’re really excited. The fact that there is multiple, spacious rooms makes it perfect for what we are trying to do. We’re basically bringing The Werk Out to a castle!”

As far as the preparty goes, the show will feature will feature a different kind of set for The Werks. Billed as “Werkatronic,” The Werks will be performing an “instrumental dance set,” which is definitely something new for the quartet and is getting faithful fans of the band extremely excited. The set will be similar to that of Tractorbeam sets from The Disco Biscuits.

We’re going to be doing some Werks originals reconstructed, along with some covers,” says Chafin. The song catalog for The Werks has contained a cover of Darude’s “Sandstorm” for many years, and recently a cover of Daft Punk’s “Robot Rock.” It’s not certain that the show will contain covers like these, but we can only expect some amazing synthesizers from Dan Shaw, backed by Chafin’s top notch percussion battery. 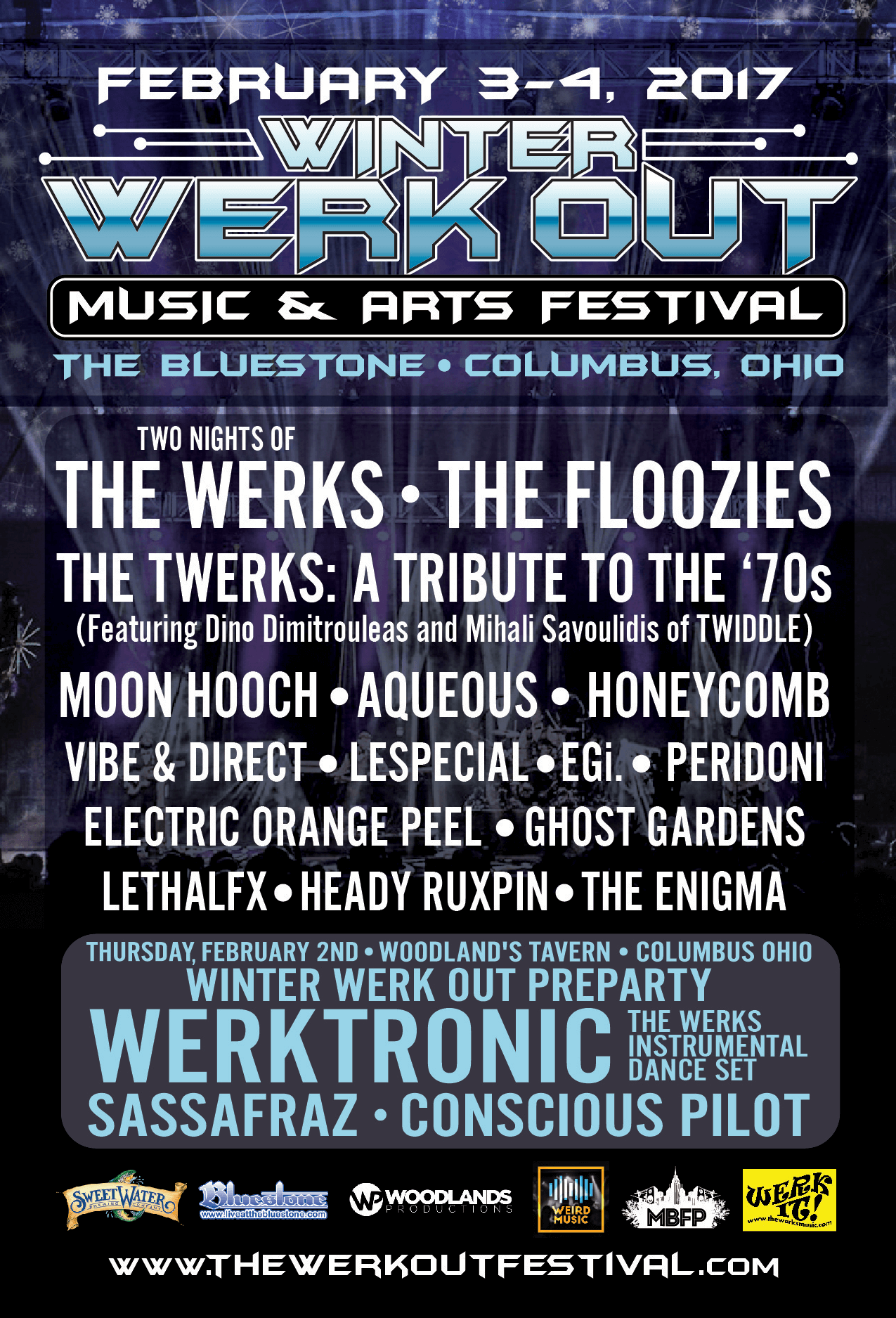 Joining the band for the pre party will be two Columbus staples: Sassafraz and Conscious Pilot. Sassafraz has been keeping the Ohio funk tradition alive since its inception in 2012. Since then, the sextet has performed across most of the United States, and put them on the same stage as the likes of Dopapod, Snarky Puppy, Papadosio, Galactic, and The Werks. Expect an energetic set, chock-full of dual guitar shredding, funky bass grooves, and an iconic keyboard onslaught from Thane Evans.

Though still somewhat newer to the Ohio music scene, opening act Conscious Pilot’s hardworking attitude has earned them increasing popularity throughout the state. The Columbus based group combines more classic elements of psychedelic and jam rocks, and twists it to give it a new school vibe.

Music kicks off Friday night on the side stage at 7 o’clock sharp on the side stage with a set from Columbus based techno DJ, Enigma. For the evening, the stage will be called the “Vibe in Color” stage, hosted by Cleveland based jamtronica trio Vibe & Direct. The band are promoting their following evening performance in Cleveland, as well as closing out the stage from 10:15–11:15. The band has been an Ohio favorite over the last few years and is fortunately beginning to branch out of the state, with 2016 appearances at Domefest, The Mad Tea Party Jam, and various tour dates through out the nation.

Also performing on the Vibe in Color stage will be Boston based livetronica/rock act lespecial. Their dark, yet funky sound will pull on the heartstrings of fans of Primus and Tool, while their strong electronic infusion will indefinitely bring forth an epic dance party. Chicago based quartet EGi. will also be on hand to keep the funk going strong with their awesome, progressive fusion sound.

Getting the night started on the main stage will be solo electronic act Honeycomb. This Connecticut artist, who is collaborated with the likes of Space Jesus, Liquid Stranger, and Moon Hooch, produces an excellent fusion of trap and psychedelic bass music, while synthesizing it with beat boxing and rapping. His set begins at 7:30, and he is definitely worth getting to The Bluestone early for. Following him will be his tour partners Moon Hooch. These three dudes create some of the most unique music around, with a dual saxophone based woodwind onslaught over an impressive percussion battery. They’re combination of high-energy jazz and funk sounds over a pounding, dance music beat will be enough to send the whole Winter Werk Out crowd into an absolute frenzy. 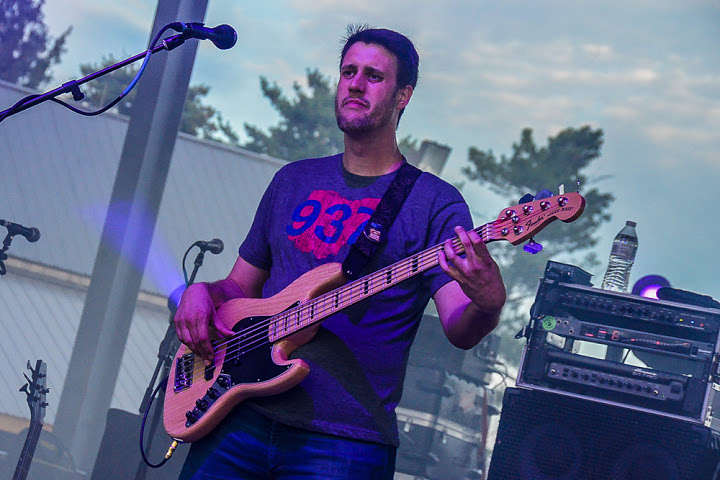 It has become almost a tradition for The Werk Out to have at least one tribute set, so it only makes sense for The Winter Werk Out to have one. This time, Dino Dimitrouleas will be joining the boys again, along with Twiddle’s Mihali Savoulidis on guitar and vocals, to create The Twerks! Similar to the Twerkapod 90’s tribute set from the 2016 Werk Out, this time we’ll be getting a 70’s tribute. The Werks catalog of 70s songs has included the likes of “Psycho Killer” by Talking Heads and “Carry On My Wayward Son” by Kansas, so we can be sure to except some excellent classics and surprises. Expect some epic songs that match up with Chris Houser’s insane guitar skills, tunes with gritty vocals to go along with Mihali’s voice, and, hopefully, excessive amounts of funk.

Each night, The Werks will close out both the main stage and the evening’s music. The band tends to pull out all the stops when it comes to sets at their own festival, so we can be sure that they’ll rip it up both nights.

Day two is just as crazy as the first day, but this time it has a strong emphasis on electronic music.

The second day’s side stage is sponsored by “Art Slam,” which is an annual music and visual/performance art show put on by Columbus concert production company My Best Friends Party. This show always includes top-notch musical talent, along with multiple forms of visual and performance artists. Visual artist/DJ Blake Bower, also known as Heady Ruxpin, will be hosting the evening’s stage as well as opening the evening’s music. Bower is an insanely talented painter, who enjoys live painting during his bass and glitch heavy DJ sets. 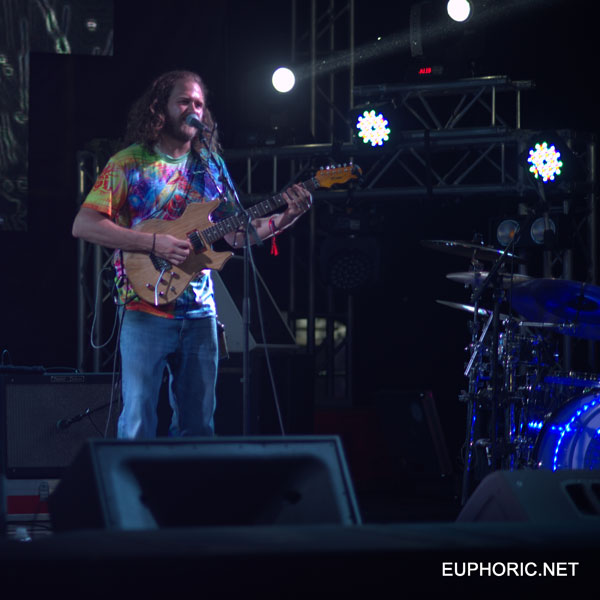 Joining Bower on the Art Slam stage are some more Ohio favorites. Columbus’s Electric Orange Peel will be following Bower, performing one of their always amazingly eclectic sets. This young group has the composition and performance chops of Umphrey’s McGee, especially with their ability to switch between jazz, funk, rock and everything in between, all in a moment’s notice. Following EOP will be Cincinnati’s Peridoni. This quartet has spent the last year performing with some of the jam world’s new all stars, and their newest album, Jade, shows exactly why they’ve received so much success.

Closing out the Art Slam stage will be none other than the groove rock champions, Aqueous. The Buffalo, NY four piece’s insane compositional and improvisational sound has put them on a fast track to the top of the scene. Their bonafide bass grooves combined with dual guitar and vocal parts gives them an infectious sound that people can’t help but boogie down to.

The Saturday main stage festivities consist mainly of electronic music. Columbus’s LethalFX will be getting the night going with one of his impressive beatboxing/electronic sets. Considered one of Ohio’s greatest beatboxers, the young artist has shared the stage with a plethora of diverse artists, from Infected Mushroom to Snoop Dogg, and is a regular at tons of Ohio festivals. Following him will be Ghost Gardens; a live DJ act consisting of three of Columbus’s top DJ’s. With Carma on the CDJs, Ginsu scratching on a turntable, and ill Atmospherics on electronic percussion, the exciting trio can be found opening many of Columbus’s top electronic shows.

Keeping the live electronic vibe going will The (almighty) Floozies! This groovy pair of the brothers makes some of the funkiest electronic sounds around, using a magnificent combination of electronic production, guitar, live percussion and talkbox. These guys tear up every single set they perform, and they’ll be getting everyone nice and sweaty before The Werks tear the roof off of The Bluestone.

Get your tickets for The Winter Werk Out Music & Arts Festival!