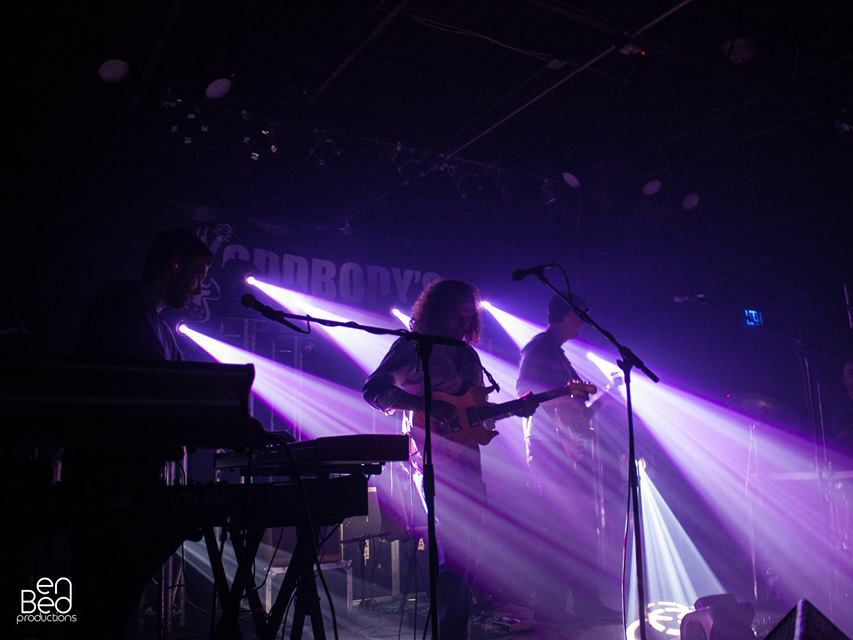 Even as the band continues to grow and tour nationally year after year, The Werks still make the time to play their annual Werksgiving show to their hometown crowd of die-hard fans that have been with them since the beginning. The eighth annual installment of the event took place at Oddbody’s Music Room in Dayton, OH and presented by Venus Child Productions. The Werks had just finished their two-month long Twerk Tour with Twiddle, so it was good to be back amongst old friends.

As concertgoers young and old flooded the venue after their pre-Thanksgiving festivities, local band The Goods started the night up. The four-piece act fused classic rock style guitar riffing reminiscent of Led Zepplin with upbeat, new age jam rock. They even threw occasional reggae beats and keyboard sounds into the mix too! The sole guitar’s soloing chops were extremely impressive and were complemented well by the jazzy keyboard sounds. The surprising highlight of the set was an upbeat and powerful jam rock infused version of David Bowie’s “Let’s Dance,” which got the growing crowd moving and excited for the rest of the evening. 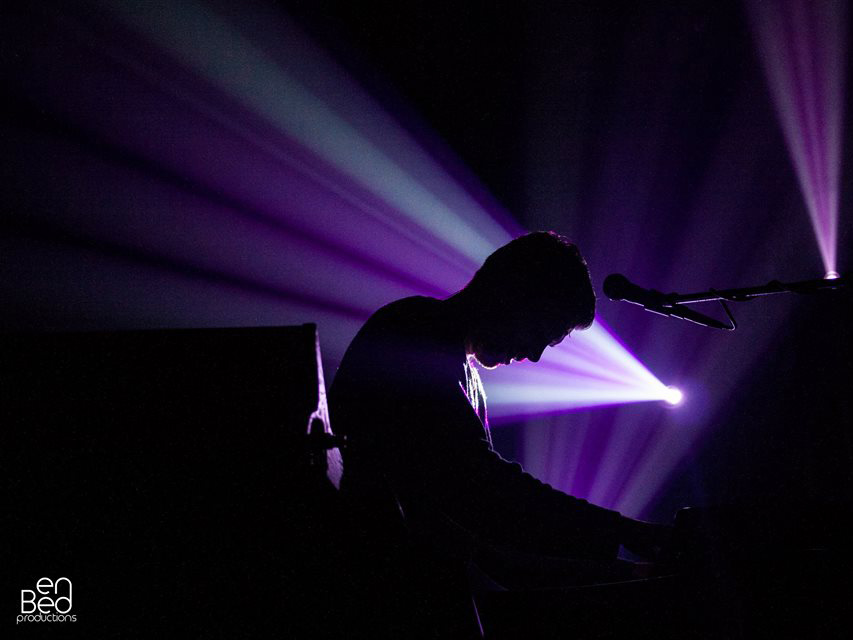 After a short break and a few strikes of Dan Shaw’s keyboard, the hometown heroes started their set with “Alive,” the eighth cut off their brand new album Inside a Dream. “Alive” is a southern rock and blues fusion track that features bassist Dino Dimitrouleas on lead vocals, which is a great way to start the show. It was also great to hear them start with one of the most lyrically positive songs on the release, because songs like this that have lyrics based on self acceptance and doing awesome things with your life seams more meaningful when played to a hometown crowd.

Hearing the next song “Give or Take” kind of gives off that same type of vibe as the former. The track is more stripped down, with acoustic sounding guitars and more natural piano sounds compared to Shaw’s heavily modulated keyboard sounds. The same goes with “Moving On,” which featured local saxophonist Kevin Dumont. The beauty of Werks shows like this is lack of time constraints present at larger music venues; they can have a few songs on a set list that would normally last 90 minutes but jam like crazy and make it last over two hours.

After some of the stripped down tunes, they finally moved into their more spacey stuff with “Looking for the Light,” a heavier song that will blow your mind one moment with psychedelic sounds, then have you head banging like you’re at a metal show the next. You really want to be up close during songs like it and the next song, “Inside a Dream.” Even though the latter is more laid back and jazzy, being up front to watch Shaw and Chris Houser’s back to back soloing is incredible. Shaw really has a way with his organ and Moog, while Houser’s eyes are pretty much rolling back into his head as he shreds.

During the set break I took the time to walk around and take in the whole vibe. Local shows like these are pretty much the best place to see any touring band, especially with how close knit the Dayton community is. Everyone seems to know everyone and they all cheer and know all the words when their favorite songs come on, both older songs and ones from the new release. You see family members of the band hanging out side stage and the band mingles with the crowd before, during the set break and after the show. Even in a smaller venue like Oddbody’s, the vibe is like that of something you would feel at an arena.

After the set break came “Drop,” another dive into the funky side of The Werks, with a little twist of southern rock sounds in Houser’s guitar. They kept up the new music with “Transformational,” which begins extremely psychedelic and then moves on into a classic rock power ballad. Seeing this one live is especially fun because of how the whole band sings along during nearly the whole song. 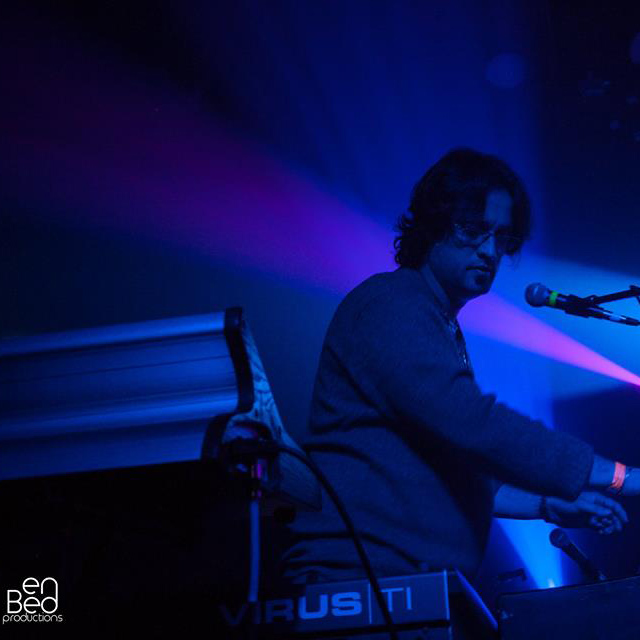 In hometown show fashion, the band brought former keyboardist Norm Dimitrouleas out to play on the next few. All eyes were on him as he started in “Carry Me Back Home,” a softer rock tune that seems to detail the band’s struggles on the road. This was another great one to see in Dayton because of the presence of the band’s family and significant others in the crowd. You could even see the emotion on Houser’s face as he sang along.

Kevin Dumont came back on stage with the band to help perform “Rollin’,” one of the band’s older songs. It’s another one that dives into the more psychedelic realms of the band’s style. This was where Norm showed off his mind-blowing keyboard chops. My ears perked up when Houser’s played parts of the Top Gun theme song and everyone was blown away by a nearly five minute drum solo by Rob Chafin.

Next up was a cover of the Grateful Dead’s “The Other One,” which the whole band does a delightful ode to. Houser’s shreds ALMOST as hard as Garcia and Chafin upbeat percussion parts are on par with Kreutzmann’s. I dare to say it though, but The Werk’s gang vocal renditions sound a bit more epic than that of the legends.

Closing out the second set was my personal favorite, “Onslaught.” This psychedelic banger is really what got me into The Werks years ago, and was a great one to hear to end the set. It’s also a fun one to hear at the end of a set because everyone cheers during the “chorus” sections and both Houser and Shaw attempt their most epic soloing of the night. Also when they aren’t soloing, Shaw’s heavy synths and Houser’s spacey guitar sounds compliment each other so well.

After leaving the stage and saying goodnight, of course everyone has to cheer for one last song, and of course the boys were going to give it to them. They came back on again with Dumont as well as the guitarist of The Goods to help them celebrate the end of Werksgiving with an epic and funky version of Kool & The Gang’s “Celebration.” 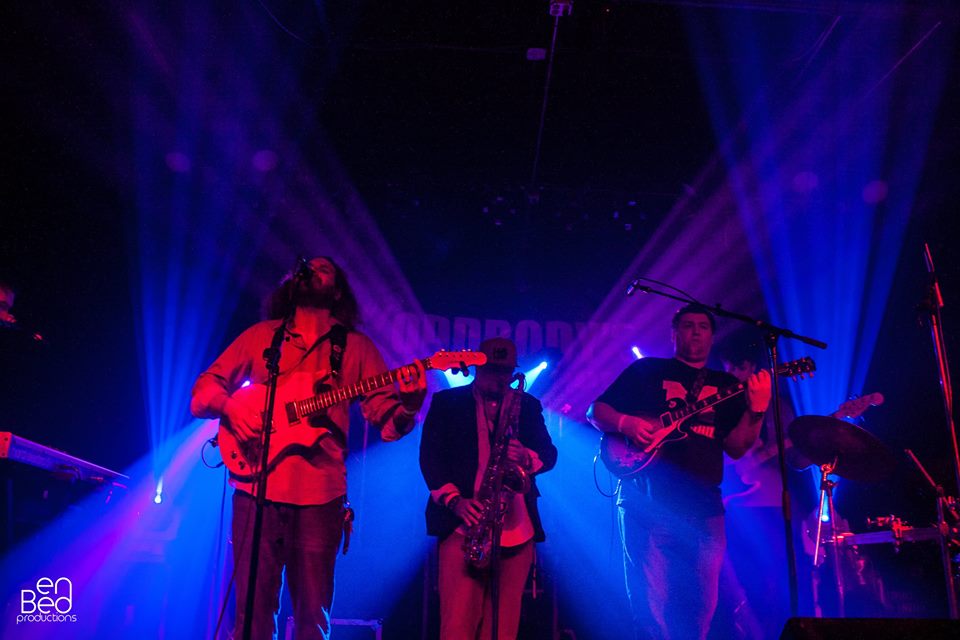 Drop
Transformational
Carry Me Back Home
Rollin’
The Other One
Onslaught