This weekend (September 12-14), The Werk Out Music & Arts Festival is taking place at breathtaking Legend Valley (also home to All Good Music Festival), near Columbus, OH. The festival is in its fourth year and is hosted by psychedelic dance rock group The Werks.This gorgeous outdoor amphitheater will host some big names in electronic music like Papadosio, GRiZ, EOTO, Conspirator, Minnesota, Dopapod, Up Until Now, Cosby Sweater, 3 nights of The Werks, and many more.

Experience
The Werk Out is a more intimate setup than All Good, with camping areas much closer and surrounding the concert bowl. There will be a variety of visual and performance artists as well as yoga and meditation workshops. The Werking Man campsite contest, inspired by Burning Man, is a campsite installation competition that will give the site with the most inspiring art/interactive installations 4 VIP tickets to the 2014 Werk Out. 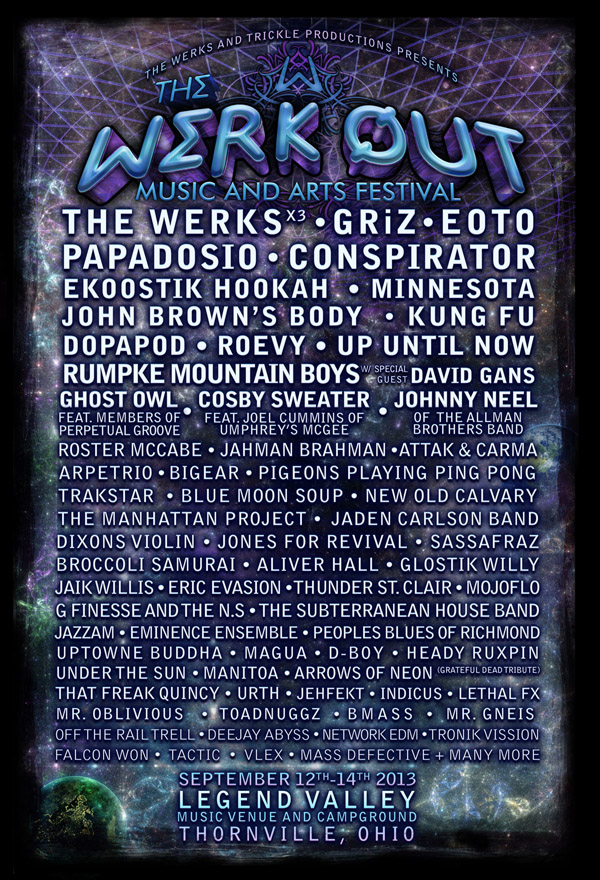