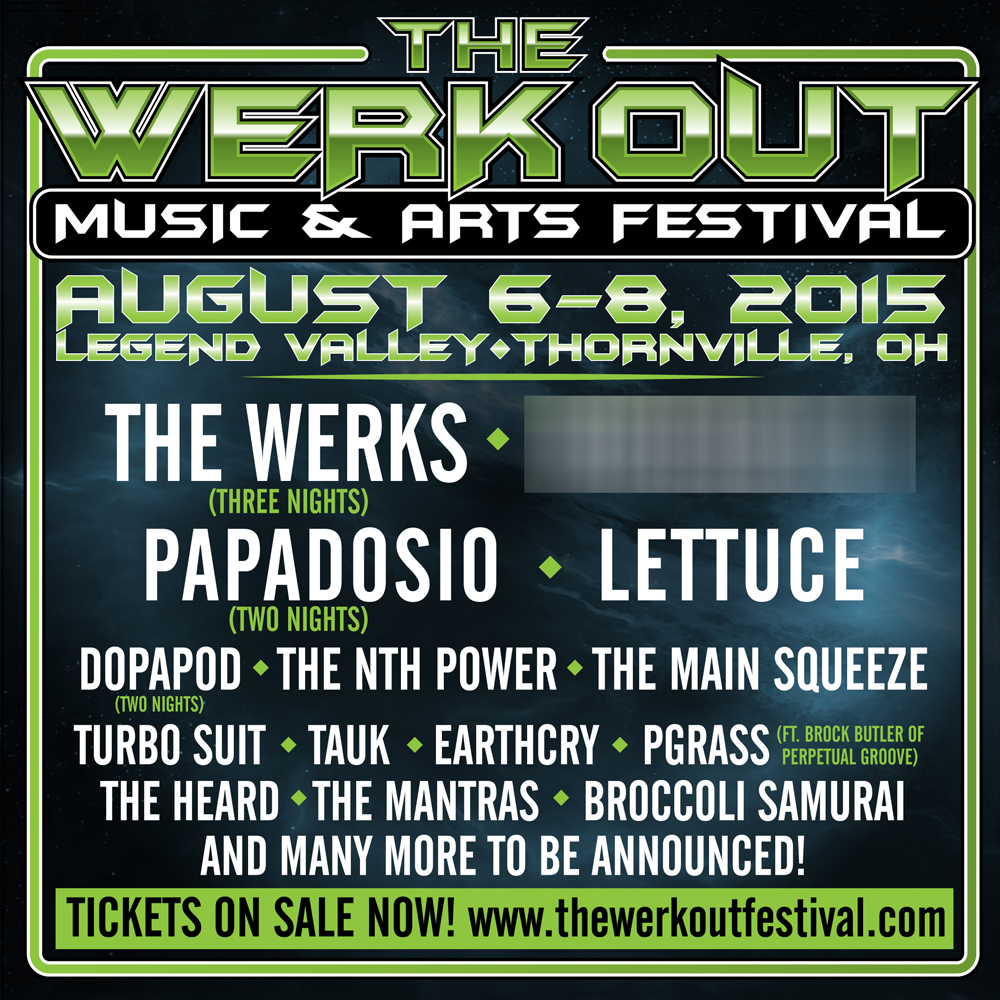 The trifecta is back!

The Werks will be rejoined by Papadosio and Dopapod on their annual festival, The Werk Out, which once again hits Legend Valley in Thornville, OH from August 6-8 2015. Last year, the three bands treated fans to a rousing performance of Pink Floyd's iconic Dark Side of the Moon.

The initial lineup contains a bevy of live acts, including Lettuce, TAUK, The Main Squeeze, The Mantras, and Broccoli Samurai, but some of our electronic favorites are on the bill, as well, including Turbo Suit (formerly Cosby Sweater) and EarthCry, the psybass project from Dosio frontman Anthony Thogmartin.

GA tickets are just $99, and a VIP pass can be snagged for $199, which gets the ticketholder into the VIP bathrooms and showers, as well as the premium viewing areas. Not too shabby.

Many more artists have yet to be announced, so we'll be keeping you posted of that over the next couple months. Keep it locked.