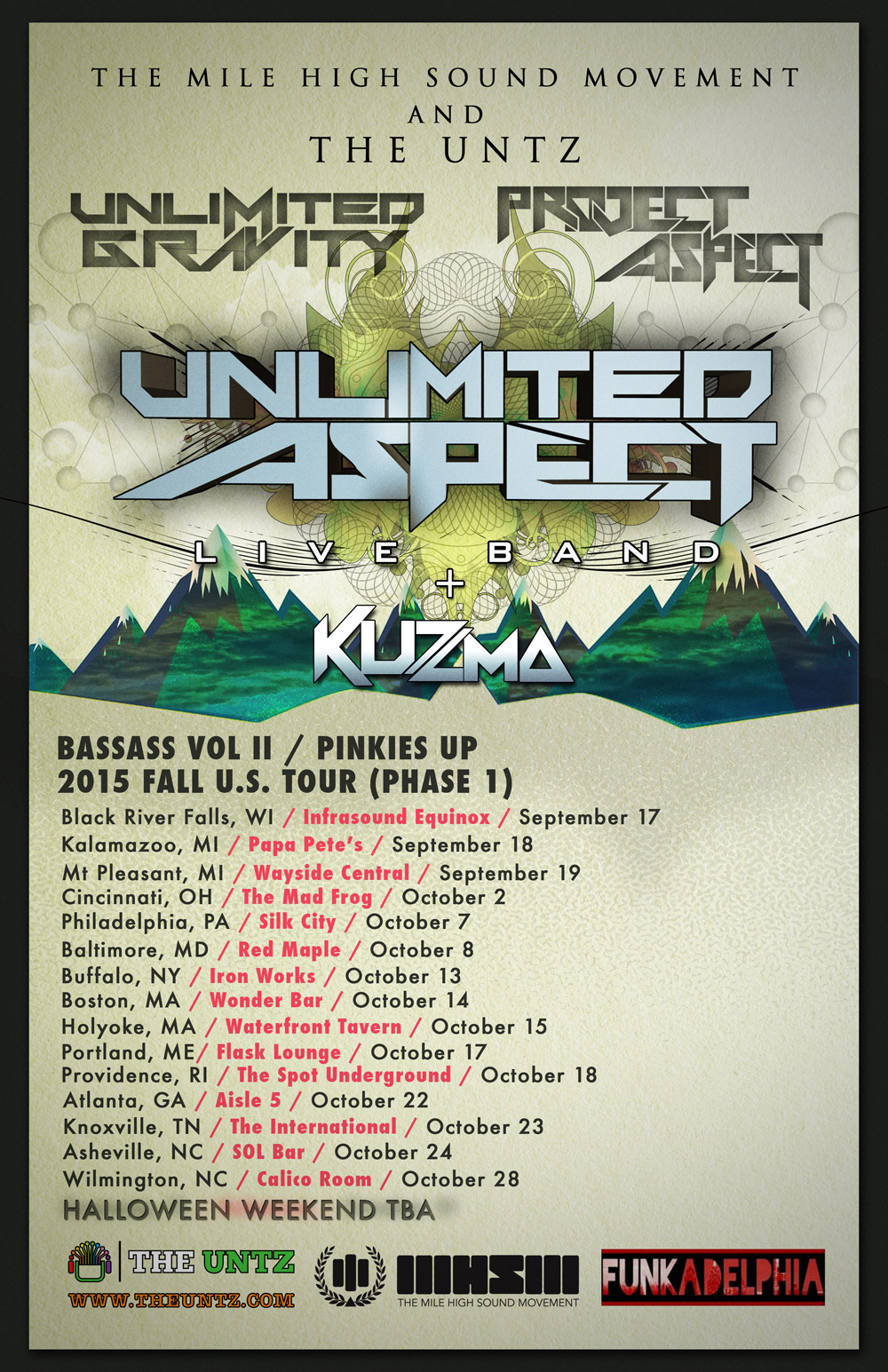 Once again, TheUntz.com is pairing up with The Mile High Sound Movement, and this announcement is bigger than anything we've gone in on before.

This fall, Unlimited Gravity and ProJect Aspect will reunite for a massive fall tour as Unlimited Aspect. But this time, they're bringing along Kuzma so that fans in east of the Mississippi will get to the see the full Unlimited Aspect live band!

Ronnie Weberg will handle production duties with Jay Jaramillo, who also holds down the six-string. Drummer Steven Kuzma allows the trio to not only reinterpret Unlimited Gravity, ProJect Aspect, and Unlimited Aspect tunes, but also bust the door wide open to new and amazing things as a full band. Each show features solo sets from ProJect Aspect, and Unlimited Gravity, but the night will close down with a full live band throwdown in each city on the tour.

The tour kicks off at Infrasound in Black River Falls, WI on September 17th (which is dangerously close to selling out), then continues on down into Michigan and Ohio. In mid-October, the tour heads east with stops all up and down the coast, including Philly, Baltimore, Providence, and Boston, among other stops. Finally, the tour rolls into the southeast with dates in Atlanta, Knoxville, Asheville, and more, and a Halloween date TBA which will be sure to knock the socks off of fans of the Mile High crew.

Even better news is that both ProJect Aspect and Unlimited Gravity are sitting on unreleased material, and beyond that, there is an Unlimited Aspect release on the way, as well. Catch this explosive tour in your hometown, and don't forget to keep those pinkies up!