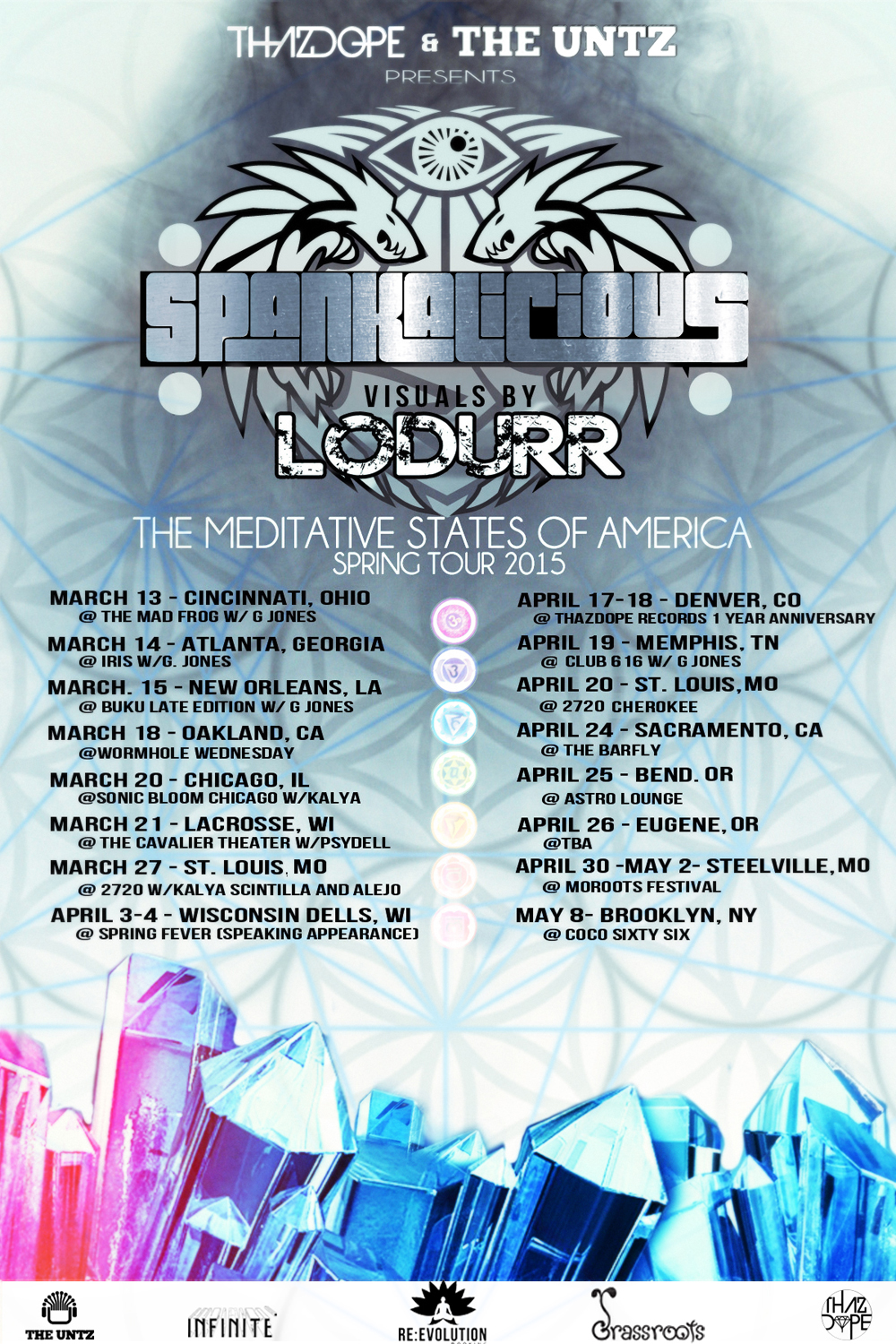 It's time to get introspective. Spankalicious and his ThazDope Records crew are hitting the road this spring for a slew of dates nationwide and coast-to-coast on The Meditative States of America tour.

Kicking things off his hometown of Cincinnati, OH this Friday, March 13, at The Mad Frog with none other than G Jones, the tour sets off with LoDurr on visuals and his wild projection mapped diamonds. Sprinkled throughout the tour are dates with G Jones, as well as Kalya Scintilla, Psydell, and more of the finest psychedelic acts on the planet. Key stops at Wormhole Wednesday, a BUKU late night party, and even a speaking appearance at Spring Fever in central Wisconsin lead up to the ThazDope Records 1-year anniversary party in Denver in mid-April.

The Untz is thrilled to join forces with ThazDope to not only celebrate the anniversary, but bring some peace and reflection to the cities that need it most. More information online at ThazDopeRecords.com.