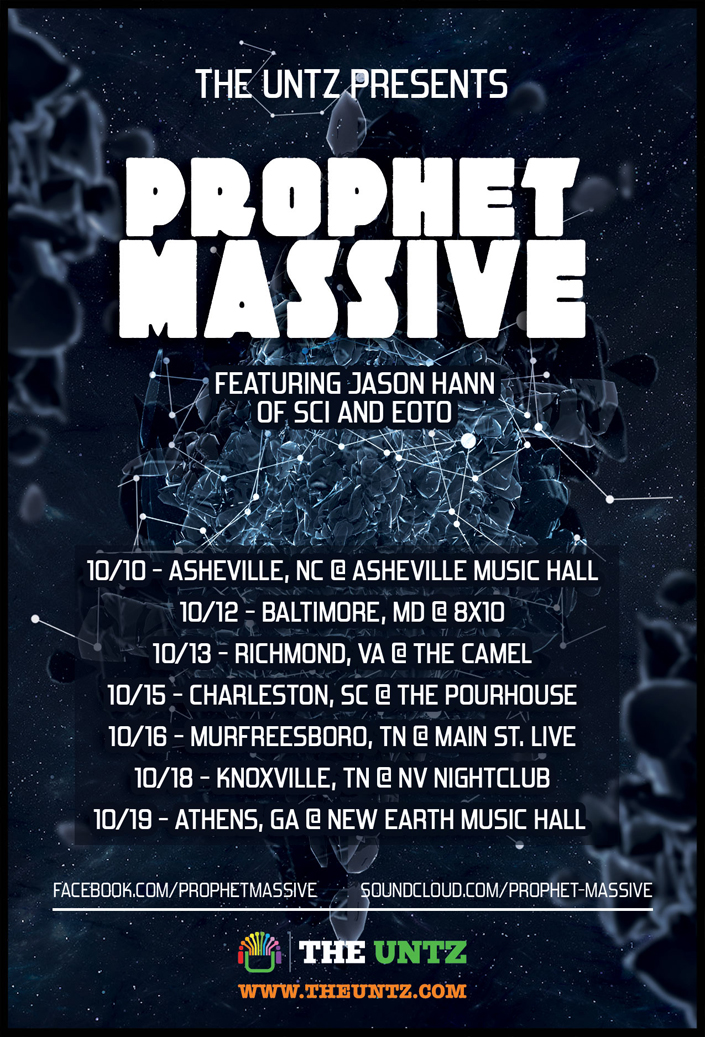 Finding time between his crazy EOTO touring schedule and his mhuge SCI festival sets, PM specializes in the nastiest drops and heaviest gems that he discovers in the nooks and crannies of the industry. Tons of time on the bus gives Jason the opportunity to seek out the best in bass music from all over the world. If you haven't caught a Prophet Massive set, it means you haven't raged away the early morning hours of a festival--and here's your chance to get on board.