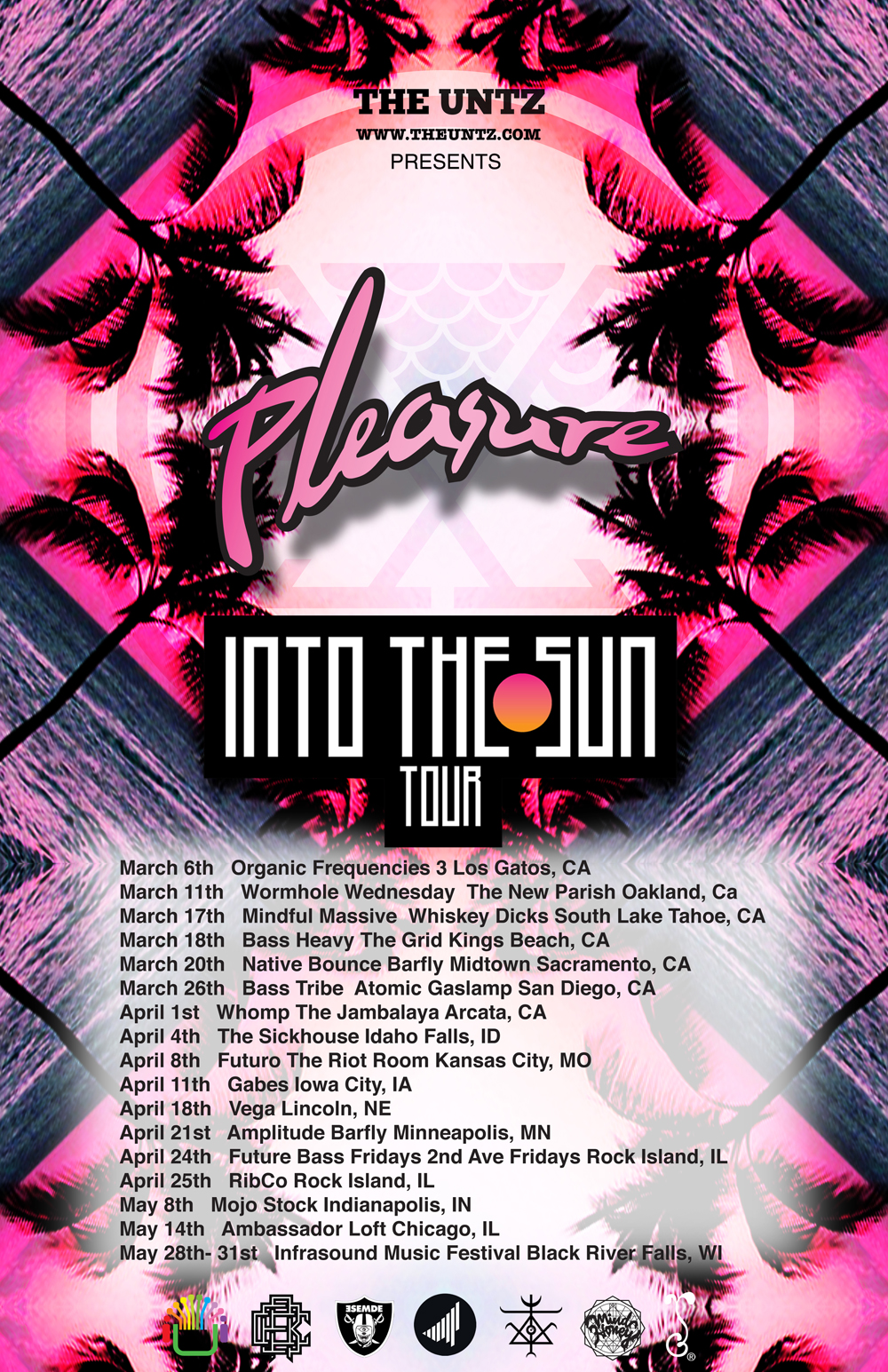 We're all about filling your earholes with Pleasure.

Sound dirty? Not as dirty as Sean McCarthy's actual Into The Sun tour actually is.

Our favorite bedroom beatmaker is squeaking those bedsprings across the continental United States on a big, fat, juicy run with several dates up and down the coast of California.

Tonight (March 11), McCarthy pays a visit to the Wormhole Wednesday crew in Oakland. The underground weekly sensation has taken up residence at The New Parish, and is absolutley blasting the doors off the spot with the best in left field talent.

Pleasure has a mess of dates in the following weeks, including stops in South Lake Tahoe, San Diego, and Arcata. He's caressing that state from tip-top to bitty-bottom. No club left unpleasured.

Then the midwest producer returns to his homeland, hitting Idaho on the way. Then he's got gig in Missouri, Iowa, Nebraska, and Minnesota, as well several shows in his home state of Illinois. Cap off the tour with some Mojostock and Infrasound action in Indiana and Wisconsin, respectively, and you've got the Into The Sun tour in a nutshell!

Stay tuned to The Untz for more Pleasure premieres, and to keep up on any added dates.