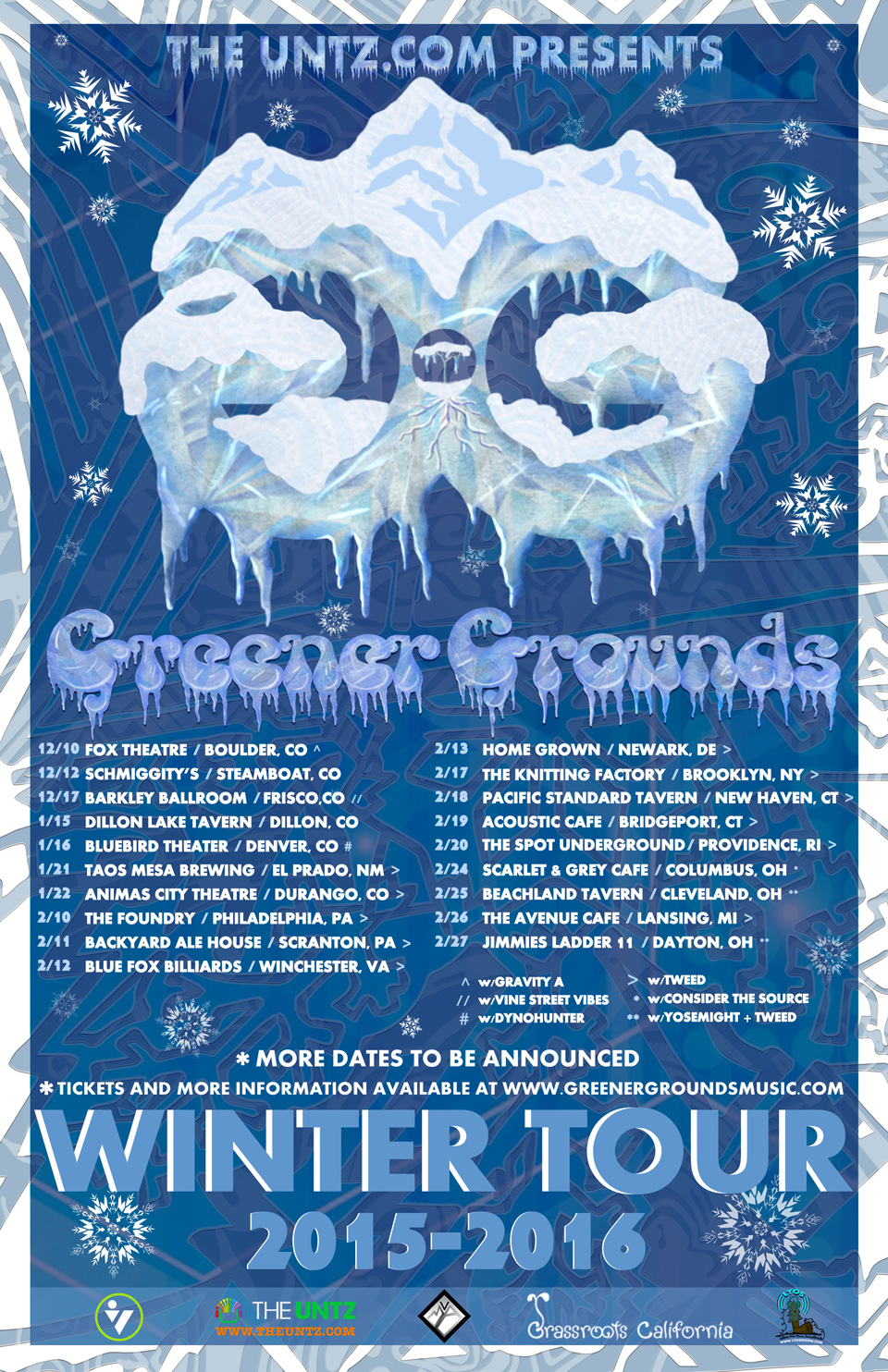 It's been a big week for Colorado's livetronica upstarts Greener Grounds. The Denver-based five-piece was not only added to our very own lineup for The Untz Festival, hitting Mariposa County Fairgrounds in Mariposa, CA from, June 2-4, 2016, but this hustling act also dropped its winter tour dates stretching from the band's home state all the way to the east coast.

Between now and the end of February, the band will truck through ten states, hitting tons of new markets that have yet to enjoy the quintet's "heavy shred live jamtronica." Members Roland Hansen, Joe Shur, Mathew Buelt, AJ Gillman, and Danny Littler are set to undertake the biggest tour in the jam band's brief history.

Kicking things off this Thursday (December 10) at the Fox Theatre in Boulder, CO, Greener Grounds will be joined by a bevy of acts along its route, including the opening date with Gravity A and their tribute to the Talking Heads, and continuing on through a Frisco and Denver gigs in Colorado with fellow UNTZ fest acts Vine Street Vibes and DYNOHUNTER, respectively, an east coast leg with Tweed, and an Ohio date with Consider the Source, among others.

Having released its Photosynthesis EP via TheUntz.com, the fivesome have become a favorite of our livetronica fan base. Blending electronic elements with jam flavors, the live Greener Grounds show has become something of a raging throwdown. It's got us excited for June.

Catch Greener Grounds on this massive Winter Tour 2015-2016 as it criss-crosses the country, and keep on with TheUntz.com for more info about added dates along the way.