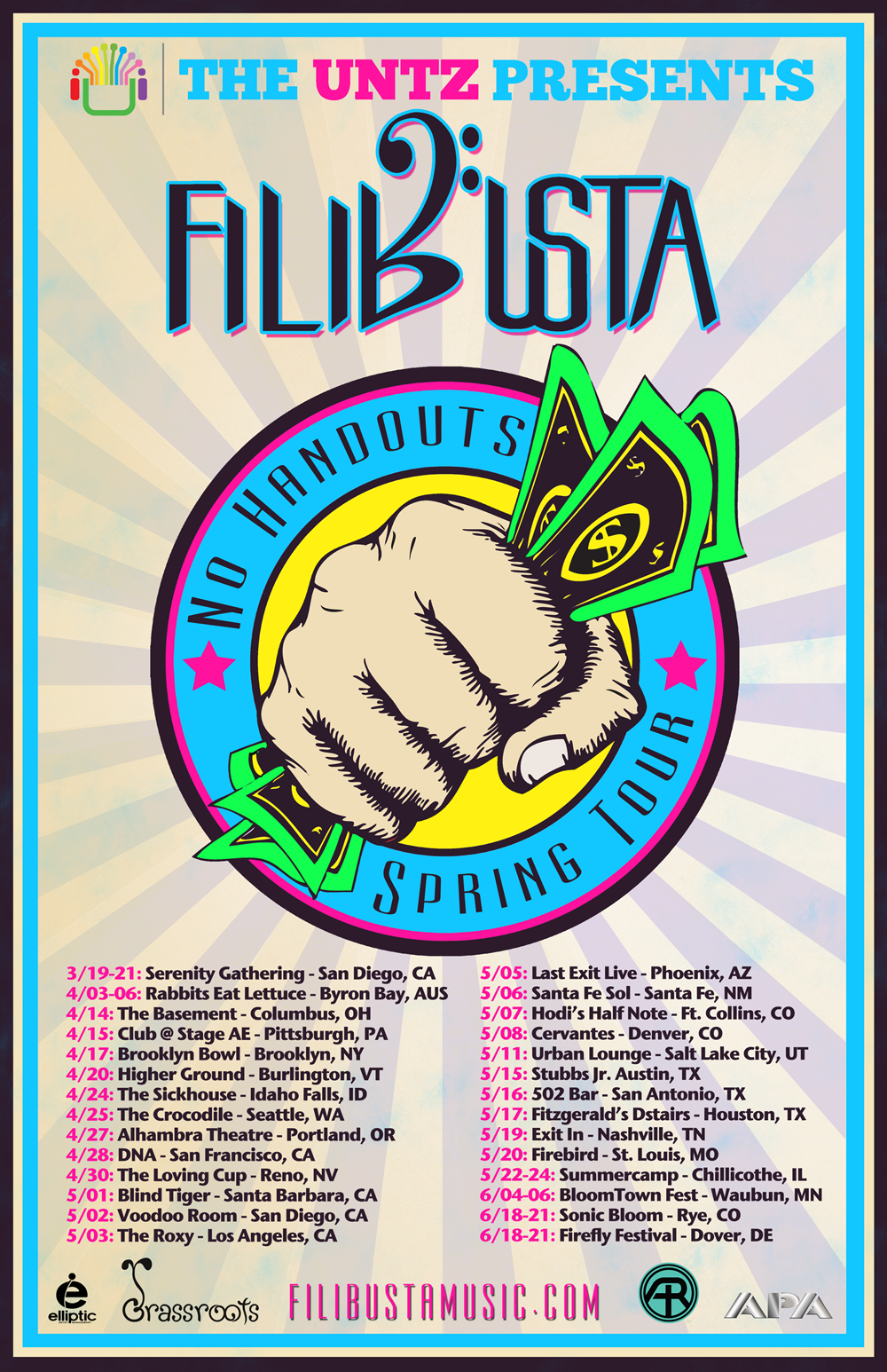 It's already been an insane year for Troy Probst: massive support slots for The Floozies and Manic Focus, the formation of his live band, and date after sold out date on the Drop The Brass tour. But there's no quit in him, as the main man Filibusta kicks off his No Handouts tour this weekend.

Between Serenity Gathering this weekend in southern California and Firefly in Dover, Delware at the end of June, Probst is hitting so many festivals with his band, including SONIC BLOOM, BloomTown, Summer Camp, and even Rabbits Eat Lettuce in Byron Bay in Australia the first weekend in April.

Amongst all those festivals, Filibusta is cruising up and down the coast of California, staking out the southwest, punishing the midwest, blessing California, and tunneling his way into the northeast. There are few states he's not hitting on this run.

Can we just take a minute to say that Filibusta happened to win The Untz Challenge last year, drafted runner-up Ryan Viser into his band (along with Goodness Gracious), and is now a bona fide touring musician with a massive career on the rise. If you're on the fence about whether or not to enter the competition, consider Filibusta "Exhibit A."

The No Handouts spring tour is supporting the first of three EPs he plans to release this year on Aussie label Adapted Records. His Set Lasers to Funk EP drops April 20th, and the others are soon behind. Catch this madman out on the road for a guaranteed good time.