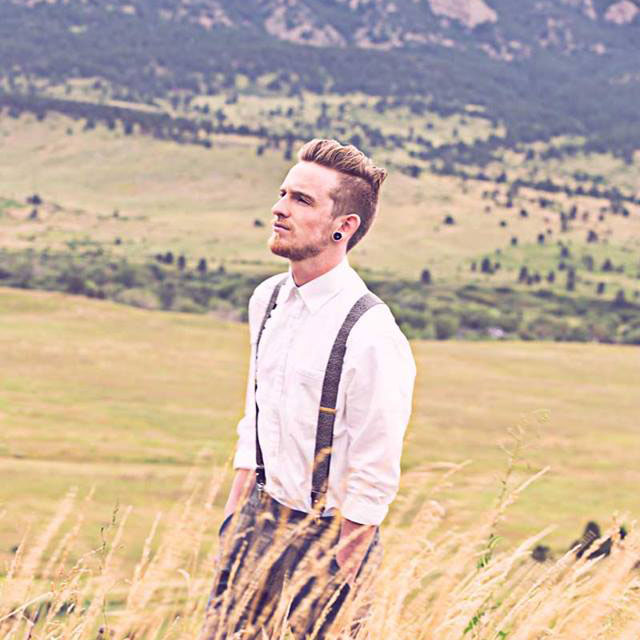 It makes us absolutely giddy to watch the meteoric rise of some of our favorite producers. In the world of future bass, it's not all that uncommon for tracks and trends to catch on quick, but for Trevor Christensen, there's no blip or fade into anonymity. This guy's got millions of plays, and he's just getting warmed up.

Said The Sky is one of the hottest new composers in the worlds of melodic bass, dubstep, and chill trap. With a keen ear for catchy melodies and a penchant for getting vocalists to turn in the exact sound he's looking for, the young talent is racking up tons of hits on his tracks, and starting to make a name for himself in the live performance space.

Christensen is continuing to crank out hit after hit (including a brand new Owl City remix that is absolutely explosive--in a good way). We got a chance to chat with Said The Sky about his longstanding partnership with Illenium, where his passions and inspirations lie, as well as what he's personally looking forward to about The Untz Festival in Mariposa, CA from June 2-4, 2016.

It's interesting that your latest remix was of Owl City, because that might be an artist who really resonates with the type of career you're looking to have: independent kid does it all on his own, sings on his tracks, doesn't skew all the way EDM, rather hits the emo/indie rock/chill pop crowd all at the same time. Does that fit your M.O.?

For the most part, absolutely. I've always had a passion for both writing and playing music, and I think that because of that I'm sort of drawn more towards something with a bit more musicality and emotion behind it. When I first got into EDM, I started going to some of the much heavier shows, such as Global Dub Festival, and other sets geared towards the "Bass Head" crew. I fell in love with the energy, and while that music will always be special to me, I could never see myself writing it. The shows and music that really sit with me, and that I could never forget, are the shows where the artist took every single person there on a journey through their music: brought them in, picked them up, flew them around, and set them back down. I think I have a long ways to go until I can reach that point, but it's definitely where I am headed.

Tell me about your relationship with Illenium. Is that a partnership of convenience, because you're both in Colorado, or is there a true artistic understanding the two of you share?

I can honestly say that Nick Miller (Illenium) is one of my best friends. A year or two ago, another great buddy of mine Chris Cox (Omega) was mastering a lot of my tunes, as well as Nick's. He had shown us some of each others work and said we should work on something together at some point, so we ended up getting together and writing "Drop Our Hearts (Part II)." After that, I feel like we both knew that we had a lot we could learn from each other, and got along so well that we just decided to stick with it and help each other. A month or two after that we were roommates. I feel so blessed to know him, and to be able to learn from him and support him on his way to the top. Nothing but love and respect for that dude.

Speaking of Illenium, are there other artists on The Untz Festival you're hoping to catch? Perhaps sets you've never seen live before that have piqued your interest?

Definitely! I haven't had a chance to catch Fractal or Mr. Bill live yet, and have been listening to their music for quite a while. Really really excited to see what their sets are like.

What is a live Said The Sky set like? A lot of fans in California haven't caught you, yet. What is your preparation like when you're headed into a new environment--do you feel like you need to construct a certain set to "win over" fans?

Honestly, right now it's kind of tough to say what my live sets are like! If everything goes as planned, by the time I play this festival, it will be MUCH different than what I'm doing now. When it comes to playing in a new environment, there's not much different that goes on in my mind than if I'm playing a hometown show. The only thing I try and make sure of, is that when people leave, they know exactly who I am and what I'm about. I like to stay as honest as I can, because at the end of the day, if I play 4 different cities, and 4 totally different sets, I'm just a guy playing music for people, not necessarily creating an experience, which is very important to me.

You can catch Said The Sky, along with some of the best in bass like Mr. Bill, ILLENIUM, Fractal, and more at The Untz Festival at Mariposa County Fairgrounds in Mariposa, CA from June 2-4, 2016. Visit www.theuntzfestival.com to grab your tickets! 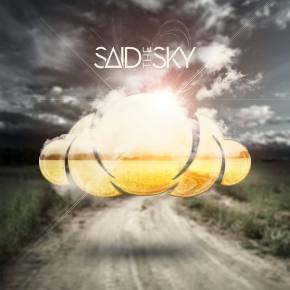