Melodic bass was taken to n 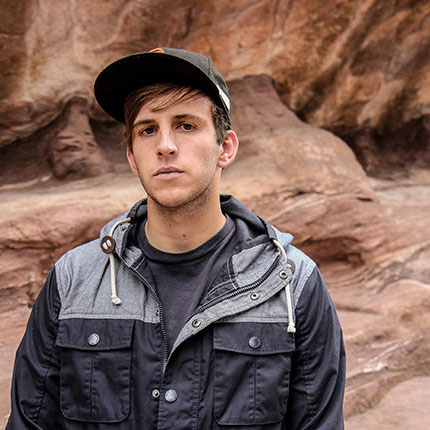 ew heights in Charlotte, NC as Denver-based producer Nick Miller, better known as Illenium took the stage to perform in front of a jam-packed crowd at The Chop Shop presented by SoGnar. Illenium's music is profound and deep on many different levels. For most, it’s a rollercoaster of emotion that touches upon the human side of how we, as music community, can come together as one.

Illenium remixes such as Niykee Heaton's "Infinity" or his latest original track release, “Only One (Ft. Nina Sung),” takes his music to a different place that is hard to let go once the bass and vocals take hold of your senses.

The Untz had a chance to catch up with Illenium before his set: Here’s what he had to say.

The Untz: Your music is filled with complexity, emotional depth, and profound vocals. Why is that? What’s the story behind Illenium that fuels the passionate and dramatic elements so present in your music?

Illenium: For me, music takes me away to a place that I know is home. About three years ago my life was at an all-time low. My future, without getting into specifics, was uncertain. I went to Red Rocks Global Dance Festival and listened to Bassnectar play. For me, it was a life changing moment that helped shape my life. Don’t know what it was, but that set made me realize just how much love I have for music. It made me realize, that if I was going to change my life, and make a difference, that it needed to be for the passion that I had for music. I wanted to play on the main stage. I wanted to feel the rush of the crowd and take in every element that music had to offer. I wanted to create that vibe. To be honest, I thought it would take years to achieve that level of success. But with passion and drive and a willingness to change my life this is where I am today. That same energy is what I look for when I produce music. Sometimes it's easier to produce when I have dope lyrics to work with, sometimes I create the music then try to match it up with the right vocals. The point is, if you have the right mindset and the right goals the music will resonate in all you create.

The Untz: On the subject of festivals, you have been on tour and playing across the country. You are headlining at The Untz Festival next year. What are your thoughts and expectations for the festival? Are there any new tracks that you’re planning to drop?

Illenium: The Untz Festival is going to be massive. I can’t wait to go and play for the West Coast crowd, especially for the Untz that brings in itself a unique blend of music that I know is going to hit home for a lot of people. New tracks, I can’t unveil too much at this point, but I will say that I have a lot of things in the works for the rest of this year and into next. If you're going to the Untz Festival don’t miss my set it is going to be on a whole other level with what I have planned.

The Untz: What’s the one message that you for everyone who has a chance to read this interview?

Illenium: Follow the music. Come for the music and the vibe. Let the music take control and let it fill you with passion and drive to accomplish all your goals in life. If your down and things are not working out, don’t give up. I’m living proof that you can achieve your dreams.

You can catch Illenium, along with some of the biggest names in melodic bass like Said The Sky, Fractal, and Siren at The Untz Festival at Mariposa County Fairgrounds in Mariposa, CA from June 2-4, 2016. Join us in northern California to see the next sonic steps in Illenium's journey.