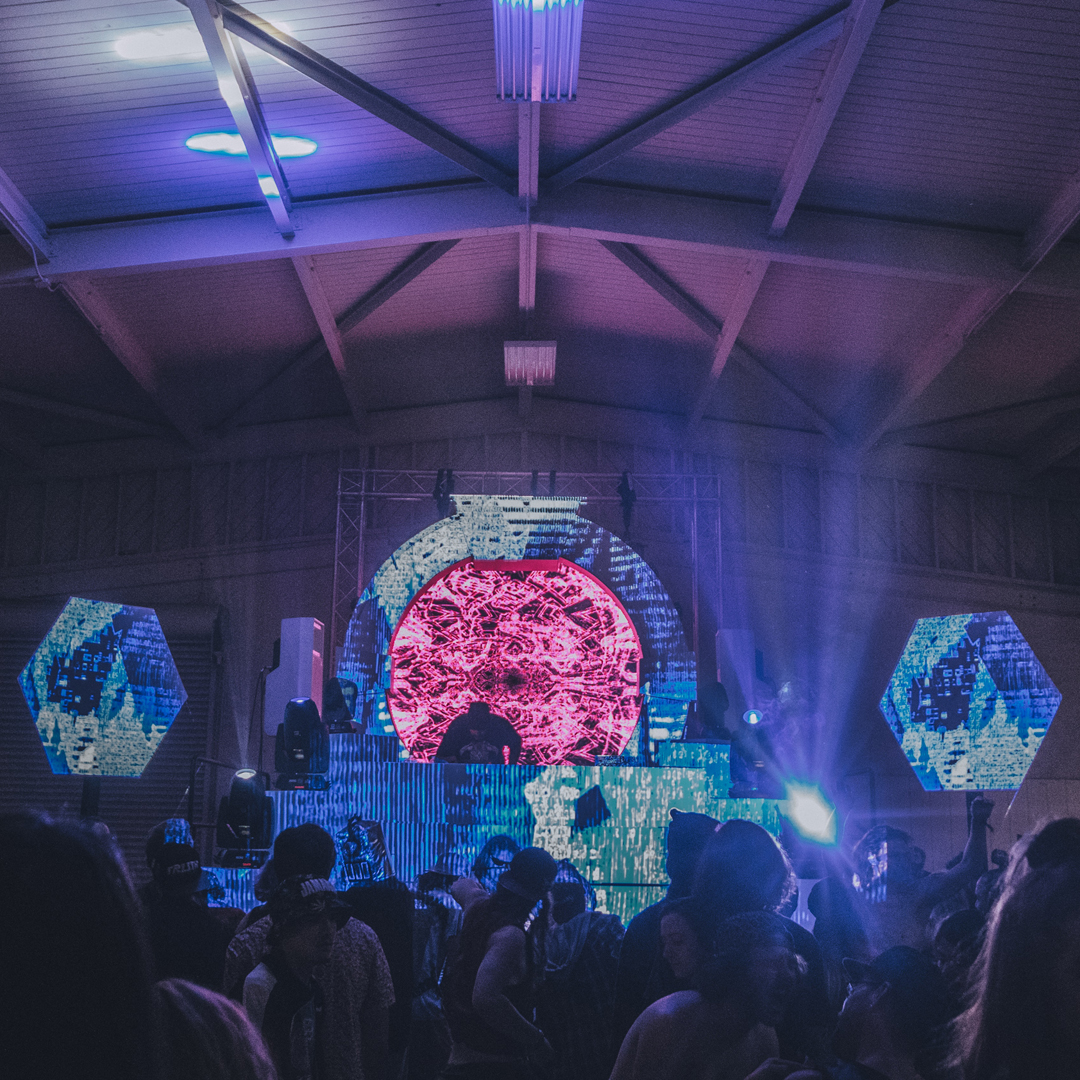 Our incredible roster of acts knocked out two pre-parties for The Untz Festival this week in Eugene, Oregon and Denver, Colorado (where the Battle for The Untz winner was crowned), and we have even more pre-parties to add to our calendar today.

The Untz Festival Pre-Parties are as much for us as they are for our fans spread out across the country. Once again, we are bringing our vibe to different parts of the US to let our fans in other states know what we're all about, and also provide a service underserved parts of this great land with some of that weird, wonky shit.

Having knocked out a brilliant pre-party set in Eugene this past Wednesday, Secret Recipe heads east March 28th to Richmond, Virginia to play Champion Brewing with The Gradient Perspective's be.IN, and then two shows in Montana, May 10th in Missoula at Monk's Bar and May 11 in Bozeman at Filling Station, on his way back to California for the festival. 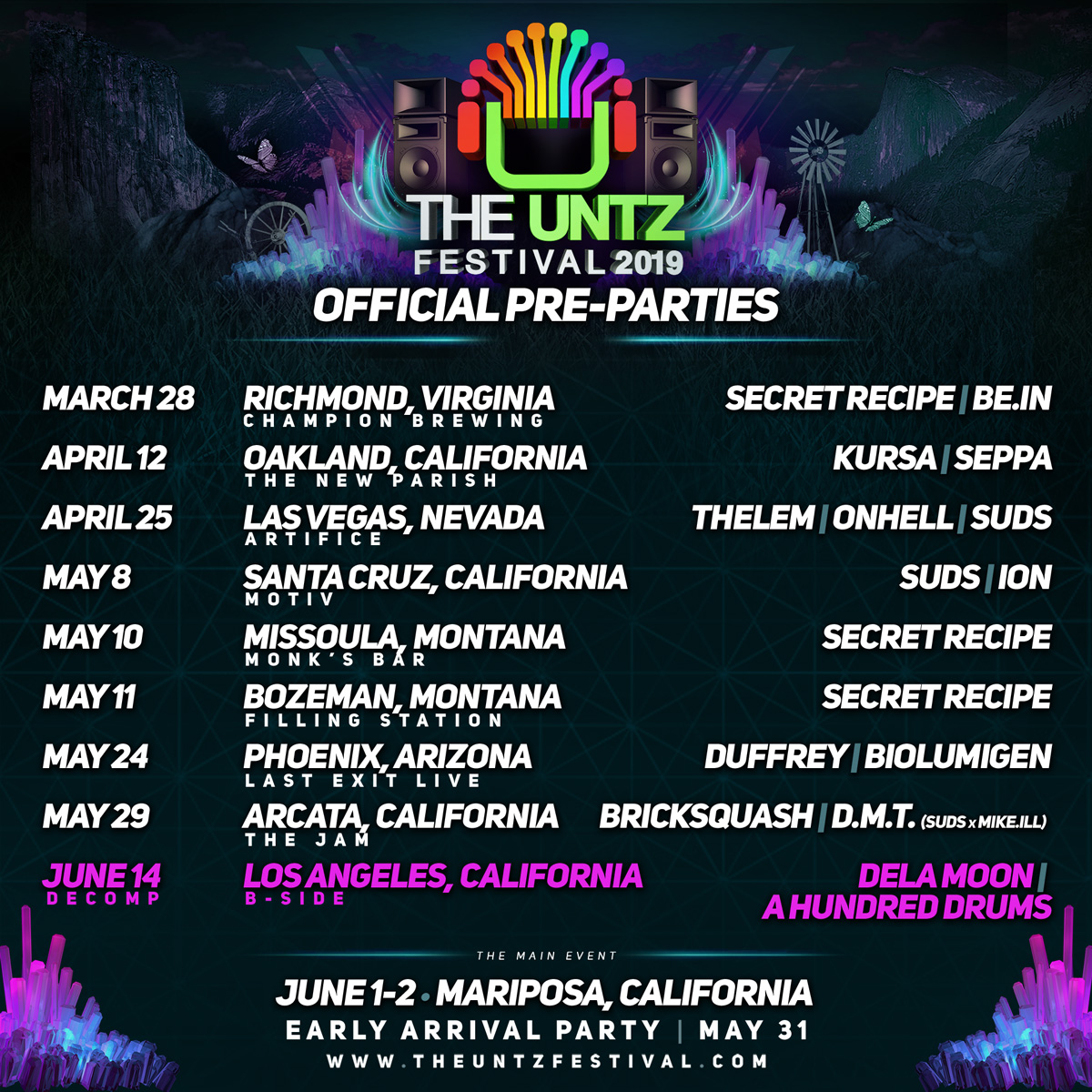 In the meantime, the much-anticipated SLUG WIFE Takeover tour joins his beloved Wormhole crew when Kursa, Seppa, and the crew hit The New Parish in Oakland, California on April 12th.

Our new additions to the calendar include a pre-party in Las Vegas, Nevada on April 25th with Thelem, ONHELL, and SuDs, as well as one May 8th with the aforementioned SuDs and our ol' buddy ION. Then Duffrey and bioLuMigen hit Last Exit Live in Phoenix, Arizona on May 24th, and Bricksquash heads to Arcata, California on May 29th for Womp Wednesdays at The Jam featuring D.M.T. (Date Modified Tomorrow), the collab project between SuDs and Mike.iLL.

Finally, after the festival, we'll have a decompression event in Los Angeles, California with B-Side featuring Dela Moon and A Hundred Drums (in addition to non-festival acts Joe Nice B2B Vivek for a 2-hour set, which is not to be missed).

If you don't have a pre-party near you, have no fear. You can see all these incredible acts and more, like Boogie T and Mersiv, who kicked off our pre-party series last month in Reno, as well as Space Jesus, Bleep Bloop, Subtronics, Freddy Todd, Of The Trees, Goopsteppa, Shield, tiedye ky, tsimba, VCTRE, Thought Process, and the absolute best of the best in the underground bass scene May 31 through June 2 in Mariposa, California. Get your tickets now at www.theuntzfestival.com.