The Russ Liquid Test is back with its newest single “Rise,” which is the first new music we’ve gotten since the band's debut EP 1984. Russ Liquid found a new sound altogether with the help of Andrew Block and Deven Trusclair—a cohesive sound that’s still as unique and intriguing as his own solo work. After each play however, “Rise” reminds me more and more of the distinct Russ Liquid style I found in some of his earliest work. 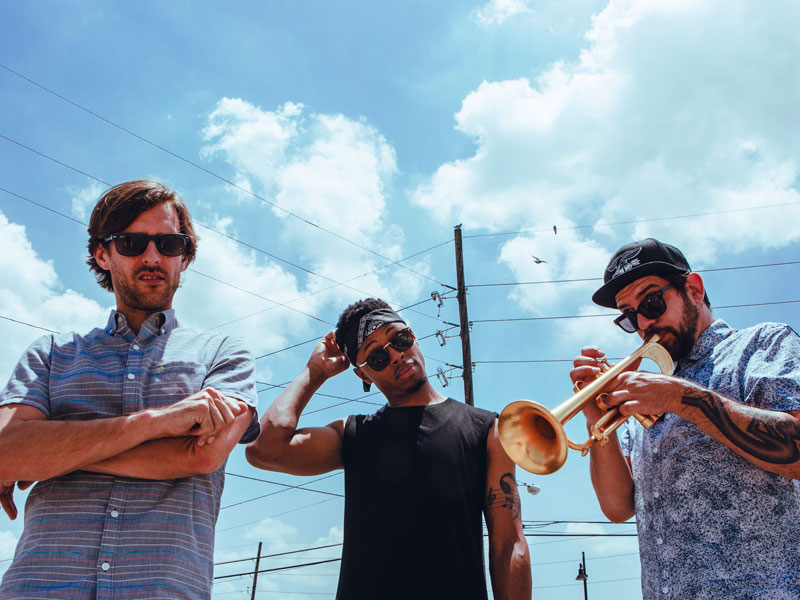 Immediately the track gives off an uplifting vibe. Smooth vocals in the beginning compliment this, which then ring through in the chorus singing, “because I thought I needed you.” There are also plenty of horns to go along with the late summer atmosphere that radiates in “Rise.”

In line with the distinct Russ Liquid sound, there is a jazz flute solo that really brings another level of diversity to the track. There is a familiar roller coaster of emotions there that you can expect with just about any of his releases. “Rise” is just the first glimpse of the forthcoming World Gone Crazy EP, out November 3 on GRiZ's All Good Records.

The band is off and running on its fall tour that spans the nation. He’s got a great list of support as well, which includes Marvel Years, Defunk, and Recess. Catch them in a city or festival near you, and do it soon—it’s guaranteed to be a funky good time.