Wait, who? Justin Bieber!? Yup, that's right. We're not pulling your leg, Barely Alive concocted a dubstep remix for Bieber's "Confident," but don't be foolish like me and count this song out as a girly, mushy, Belieber rehashing.

This remix kicks in with an island feel, drums and trumpets in the background driving Justin's beloved "swag." Shortly after, it builds and drops with insane, high-pitched squeals, and when I say it drops, I mean IT DROPS! I was taken aback when I heard it. The drop has a very FIGURE feel to it, or MUST DIE! Or Protohype: that high shooting sample sort of electro dub that sounds like dinosaurs fighting robots.

The next verse after the drop is a rap verse which is another total surprise. Chance the Rapper has a solid flow and good lyrical content to add a great verse to this remix. The song then goes into the weird stretching type noise. If you could imagine dubstep as a rubber sheet for a second, I picture a big rubber balloon or something, then imagine the sound it would make if you stretched the hell out of it. That sample builds the drop again and comes down hard and fast. As far as BARELY ALIVE’s sound is concerned, they are competitive against hard hitters like Getter; in fact, they do a remix to Getter & Datsik – “Hollow Point” that is so on point. Their drops are insane! Absolutely insane! That’s the best way I can describe it. Insane, hard, in your face, booming, deep, whompy, almost dark. However, as far as Datsik is concerned, they cannot touch him or his sound. He will forever reign as the king of dark, dubby, whompy dubstep: “the Darkside of Dubstep.” 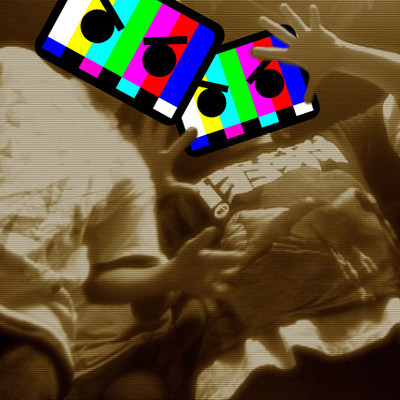 I think comparing Barely Alive to Getter, MUST DIE!, or Protohype would be appropriate because of their use of that high pitched samples. Barely Alive has so many great remixes to songs like "STRFKR – While I’m Alive." What!? STRFKR!? I thought to myself, "this can’t be that good," but no! It’s an awesome remix even though its less slow dub. It’s a high BPM sort of housey mix.

Seeing that they remixed STRFKR makes the Bieber song less strange of a remix, but at first it seems so strange that such a whompy, dubby artist like Barely Alive is remixing a pop song by Justin Bieber, who sounds like a limp noodle compared to this epic sound, by the way. The remix works well though. I think Barely Alive has a lot of potential if they keep doing what they’re doing—putting out awesome remixes such as this one—they will continue to rise on the scene.