It's 2am in the wee hours of a Sunday in February, and sweat is cascading down my face.

As a midwestern boy, and a recent transplant to Colorado, this is unfamiliar territory. The weather, of course, not the people. Because even though the kid to my right is from British Columbia, and the kid on my right, we've discovered, lives a few blocks away from me back home, there's nothing like the feeling of hanging out with your three thousand new best friends a hundred yards from the Pacific Ocean, on one of the most picturesque stretches of beach and jungle on the planet.

And 80 degrees in February ain't bad, either.

To call Envision Festival a "transformational event" is to sell it short. Yes, it's a collective of conscious artists gathering to share, learn, educate, and grow, but when you send some of the top live and electronic acts down to Central America with some of the most talented event organizers, artists, architects, and sound designers to build an ecologically sound wonderland from scratch on the southern Pacific edge of Costa Rica, the thing deserves a category by itself.

Let's just say it's a lot to keep in my head when beads of sweat are flying off me in all directions while I'm shakin' my tail feather to some Phutureprimitive.

Now in its fourth year, and first at Rancho La Merced in Uvita, just five minutes up the road from the old location, Envision has become almost everything its creators... pardon... envisioned. And I say "almost," because when I got the chance to sit and talk with one of the festival's lead organizers, Justin Brothers, you get the sense that there's always going to be some little thing he wants to improve.

From my perspective, on the fan side, you get the sense he's crazy, because it's rare you get this many jaded music snobs together in one place and not hear any complaints, but it's that kind of dedication to the experience that keeps certain events evolving and, in turn, the envy of the rest of the growing concert promotion industry.

But it's rare you get a controlled environment like the one Envision has cultivated. Conscious music acts attract conscious fans, who are interested in greening initiatives, yoga, and eco-tours into the surrounding area. Major fests can't pull off a single-use-utensil-free event, that requires fans and vendors alike to STAY AWAY from plastic forks, cups, spoons, and plates. That refuses to sell water bottles, but encourages all attendees to use refillable metal canteens.

The attention to detail and dogmatic devotion to making Envision a standard bearer for festivals everywhere can be found in every inch of the grounds. The beautiful Carey Thompson temple towers above the main field across from the Luna stage. Hundreds of people climbed onto, scrambled over, and peered out from the gorgeous structure.

The Luna and Sol's bamboo limbs reached out into the night sky, lit by a thousand glowing embers both real and imagined, as every act was paired with graceful dancers and limber performers swaying and swinging and flipping and twirling, some breathing fire into the already scorching air.

Intention and purpose led each performance to appear as though it had been rehearsed for years. Though set times were changed and moved and pushed back (and though real schedules didn't make an appearance until halfway into the weekend due to some unforeseen, but ably handled issues), it was all part of the pura vida lifestyle, and you would be hard pressed to find someone unable to go with the flow. Any setbacks were met with a smile and laugh from the event staff, and for me to be able to rap with Brothers for an hour, unhurried and unfrazzled, in the middle of his own festival, you begin to get the sense that Envision is the perfect size, has the perfect scope, and has found the perfect team.

On Friday afternoon, I was lucky enough to lead a panel featuring some of the most influential acts in the psy-bass world, at the moment. Kaminanda, Kalya Scintilla, David Block of The Human Experience and Soul Visions with Rising Appalachia, Plantrae, and Eve Olution joined what started out as a discussion about the spiritual and psychedelic side of psychedelic bass music, but turned into a spirited discussion of commercialism and corporate interests in the transformational world.

While some panelists felt that "the man" doesn't care about the vision and integrity of a conscious gathering of people, just the bottom dollar result, some panelists argued that the reality of the matter is that investment is absolutely key to the execution of a well-organized festival. Partnering with corporate entities doesn't necessarily mean that the big ugly empire has come home to roost. It's just about finding likeminded individuals in the suit and tie world who "get it," and want to see these sorts of gatherings grow and fluorish without tacking up liquor and nail polish ads all over the grounds.

The most important part of the panel, though, was being able to share ideas and hear the insights these musicians, who wordlessly move us in our headphones or from the stage, rarely get to share--not only with fans, but with one another. Best friends in the biz could have wildly different opinions, and that was a joy to experience.

And the fact that everyone, from the fans to the organizers to the artists, was just a handshake and a hug away is what makes Envision so special. There were no boundaries between attendees. No rockstar mentality. All of these amazing musicians, dancers, jugglers, acrobats, aerialists, painters, sculptors, and builders humbly walking around, talking to fans, and appreciating each others' hard work. There's just something magical about an ad hoc artist community.

The real melting pot of the festival was The Untz's Lotus stage, which housed a majority of the left-field electronic sounds, from techno and house to dark and dirty psytrance. This is where you'd find the Israelis, Germans, Argentinians, and Portuguese--all following the seductive pulsing bass at the center of the site. Dozens of different languages, but the dancing was all uniform. Beckoned by the groove, slave to the rhythm, as it were.

Melding the deep, sensual bass with live acts from Latin America brought the Ticos in droves. The relationship Envision shares with its local community is one few festivals share, especially those in the States. Raised eyebrows at the local market would turn into raised arms waving in the crowd when the surrounding peoples made their way into the gate. It's just kids listening to music and having a great time, they come to find. As Anthony Thogmartin of Papadosio put it, "we're not going to seclude ourselves in some resort, only letting those in who can afford it. This is an inclusive event."

And his band certainly enjoyed the support. Unsure of how the electronic music crowd would react to Dosio's sound, the band was thrilled to find themselves entertaining a majority of the festival, with locals and visitors alike moving and shaking to the transcendental sounds.

And then it was time for Tipper.

It's a true joy over these past few years to see the scene really beging to galvanize around the godfather of glitch-hop. Whether we began to see it last year when it was revealed Dave Tipper would be undergoing risky heart surgery, or when he made his triumphant return and recovery bursting into the sunrise at Burning  Man, recognizing the contributions the man has made to the music we all know and love is almost as rewarding as hearing him perform.

And it's the resiliency we see in him that we begin to appreciate about where we are in the bigger picture. Electronic music is relegated to the rubbish heap when rave laws close down the warehouses. Yet here we are, fifteen years later, riding this wave of reinvigoration in the scene to some of the most beautiful places on the planet, giving this music its due. The celebration is peaceful, and thoughtful, and attuned to the greater ecological and fiscal and spiritual tolls that we pay. You start to think inward about your own struggles, and being able to bounce back in this joyous way, and your thoughts starts to run away from you before you know it. 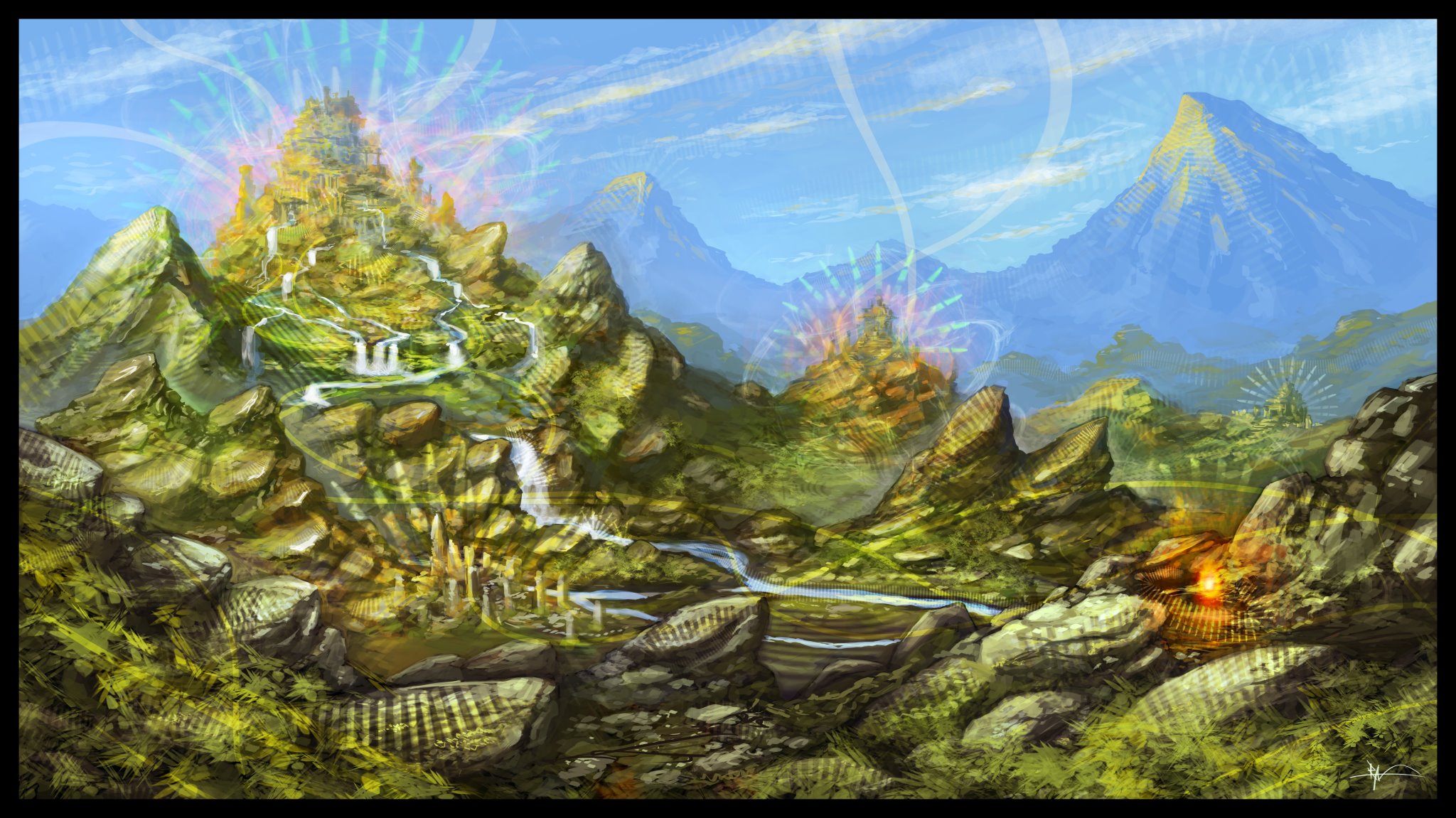