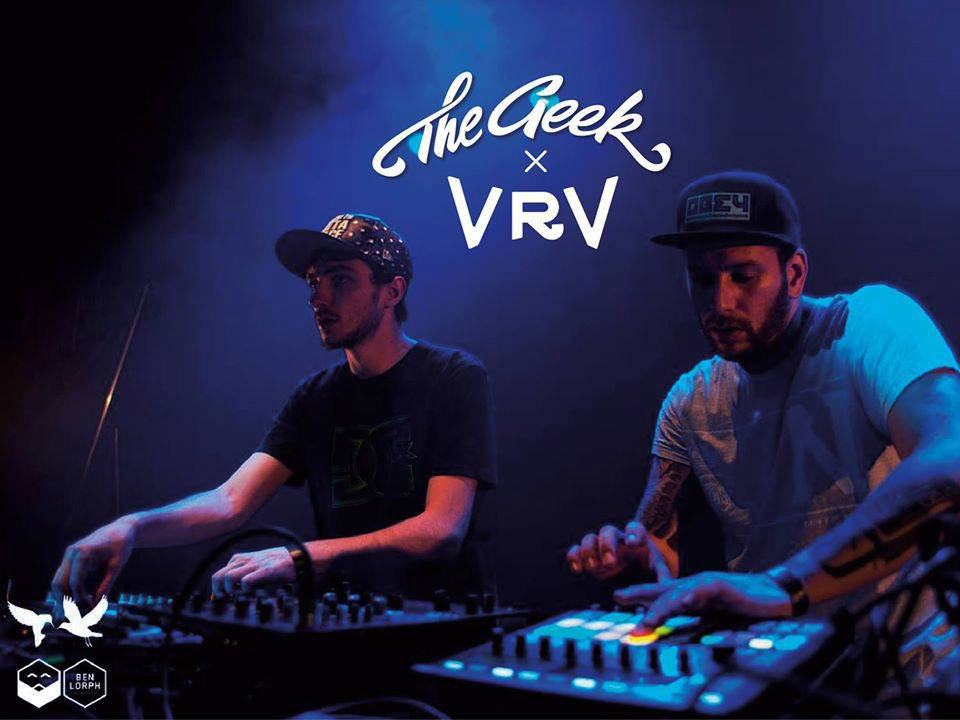 This past year, we've been eagerly eating up each electro-soul delight released by French duo The Geek x Vrv, who were recently signed to Gramatik's Lowtemp label. Snatching up accolades and build steam like a runaway freight train the explosive growth of the duo has led to more opportunities, and a chance for the pair to prove their mettle in the US this spring. Huff got a chance to talk to Axel (The Geek) and Vincent (Vrv).

Congratulations on one of the biggest years in electronic music. You’re the new the princes of electro-soul from France! In addition to winning the Odesza remix contest, you played with everyone from Pretty Lights to Gramatik to GRiZ and collaborated with some of the biggest artists in America. What has this last year been like for you guys?

This year was completely insane, we met Derek (Pretty Lights), Denis (Gramatik), Grant (GRiZ), Dom and Jeremy (Big Gigantic), Clayton and Harrison (Odesza)—those guys are so humble and very cool! We have released 20 songs this year and the public give us so much good feedback, we'll continue to give our love for the music in 2015 for the pleasure of our fans, especially now that we are members of the Lowtemp label, and we are very honored to be on board with some very talented producers like Exmag, Russ Liquid, and Gibbz.

I am sure you it’s been a busy year between all the performances you guys have done, yet you seem to bust out a new music more than anyone in the electro-soul. How do you stay productive?

We are looking all the time for something new and fresh, we don't want to stay only in one genre, you know when you have a good sample you can do anything you want. Our goal is to share our emotions with the music.

What was one concert/tour/festival that really stands out to you guys from last year and why?

When we played just before Gramatik in Toulouse, the crowd was so awesome! Each time we dropped a new track they were like " YEAH YEAH OH MY GOD " it was a very good moment, and the energy in the club was so special.This night and the second one was at La Machine du Moulin Rouge with Derek [Pretty Lights], 70% of the crowd were from the U.S. This night was so special, we were like kids at Christmas.

Doing remixes for the biggest artists on the planet? I think everyone wants a remix from you guys? Who would you guys love to collab with right now if you had the opportunity?

For Pretty Lights, Bassnectar, DJ Premier, A Tribe called Quest, Jedi Mind Tricks it could be an awesome opportunity. We have a lot of requests but we can't accept all of them, we love when we can feel at the first second “yeah I see what can I do on it" we are looking for the emotions inside the music; music without emotion isn't music. We would love to collab with a French producer called 20syl (member of C2C, Hocus Pocus). We think he is an extraterrestrial. One day in studio with him could be the best day of our life, also with Pretty Lights, too.He has a good vision of the life and he knows how to transform a good sample in a beautiful thing you've never believed. 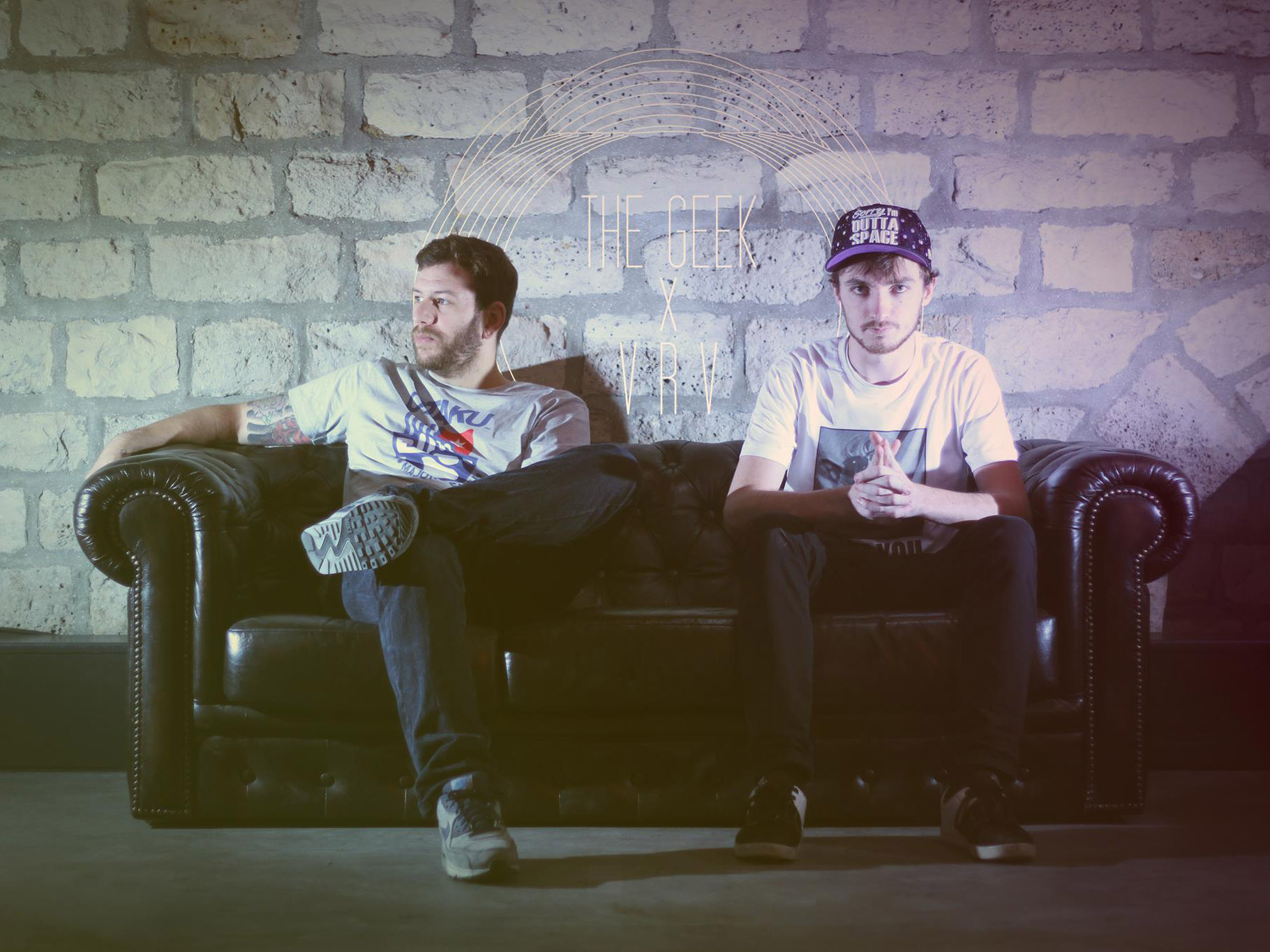 What got you two started together and how did The Geex x Vrv become the juggernaut that it is?

By a mutual friend. After we started, our first EP together, It's Because hit 500000 plays in only one month we were like "Oh my god " and our first fans asked us to never stop what we do, so this is what we keep doing now. After that we’ve started our first shows, and we has grown and we’re reaching a lot of fans from all around the world. We’ve made a lot of songs this year (Nostalgia, Lazy Love, Say It, The Way of Love…) and the public gave us such good feedback (and we’d like to thank everyone for their support).

What motivates you to start a new track, and can you give me a little glimpse into the process of how a Geek x Vrv track comes to fruition?

We start with a beats, then we choose a sample, build something around it, and voila.

You guys released BTOS Vol 3 This summer, which I thought was one of the most solid albums I heard the entire year. I feel it’s right up there with Odesza’s album for best electronica album of the year. What do you guys have in store for this year? New Album? What do you guys plan on changing the formula?

Thanks for your kind words on BTOS Vol 3 (special thanks to Philos Records).

We have a new ep in store called Electric City, 5 tracks + 2 remixes from Late Night Radio and CloZee and it will be released this spring. Are you ready for some future funk? We are always looking to create something new, sometimes you can't hear it but all of our song are different.

You guys have an American tour coming up right? Anywhere you guys are looking forward to performing having worked with many American artists at this point?

Our first U.S. tour is for this spring (April 2015). We'll present to you our new EP and some new unreleased gems. We don't know yet with whom we'll be touring, but we hope we can see a lot of our fans over there.