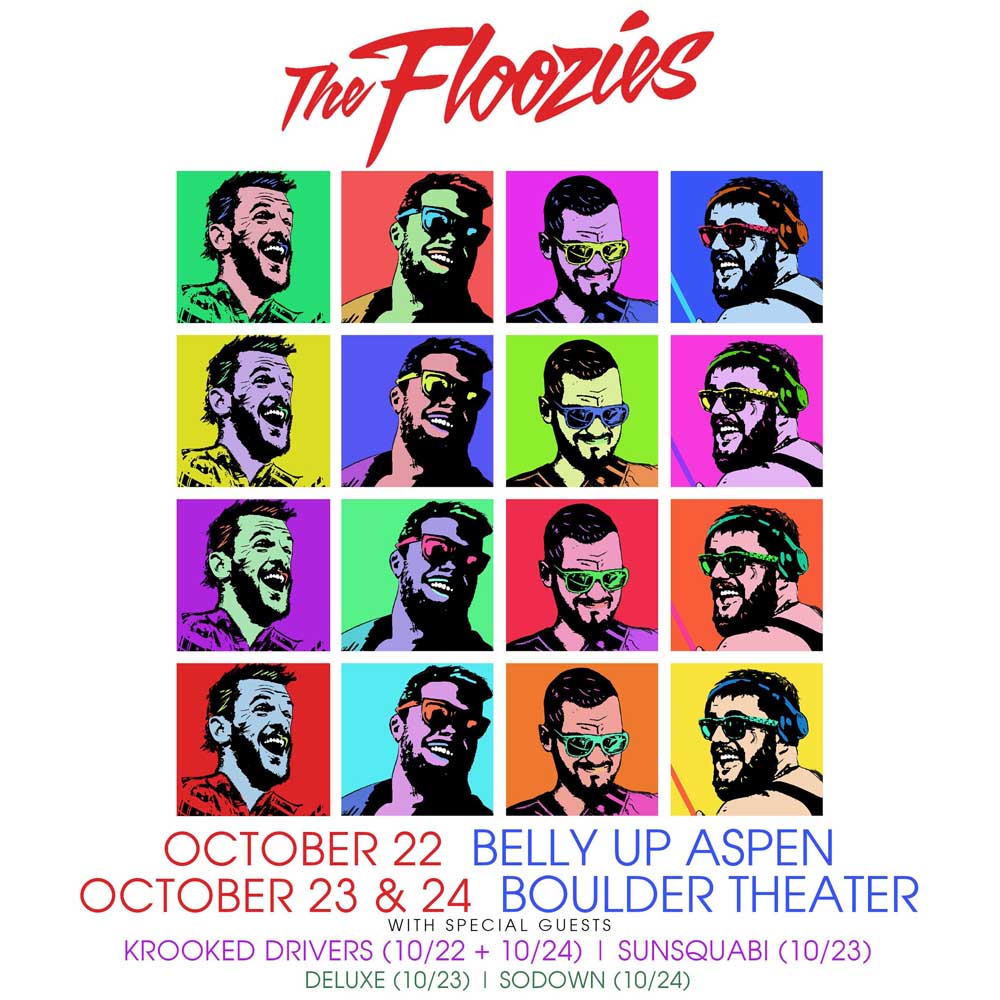 Last week we shared the Top 10 Albums of one Mr. Matt Hill of The Floozies, so it's only fair that we give his brother, drummer Mark Hill, the fair shake when it comes to his own personal influences. We've been featuring a lot of drummers lately, which makes sense because THE UNTZ is all about that beat. Holding it down for the funkiest duo since Bootsy met George, we're excited to share what shaped Mark's musical sensibilities.

The Floozies kick off their three night run in Colorowdy tomorrow, first taking Belly Up Aspen by storm tomorrow night (Thursday, October 22) with Krooked Drivers, then the boys head to Boulder Theater for a two-night run on Friday, October 23 with SunSquabi and Deluxe, and Saturday, October 24 featuring Krooked Drivers and SoDown.

You can also win a spot at our after party on Friday night presented by TheUntz.com and O.penVAPE taking place at GHOST in the Boulder Theater following the show. There prizes to be won, and more than one winner, so click here and do your thang.

Well, Matt and I had a few of the same favorites, but this is one I can’t really avoid. I mean it’s Prince.

*Editor's note: Again, we'd love to post a clip, but Prince's team managed to totally wipe YouTube clean of his stuff. It's kind of impressive.

Another more recent one! This band is just simply amazing. Every person in the band is next level and the vocal work and lyrics are mind blowing. I just listened to this album over and over again recently and I still hear new things and gain new musical understanding every time. The drum work is pretty inspiring stuff. It’s unlike any music done before, and they cover soooooo much stylistic ground.

Somewhat recently discovered these guys thanks to a friend. The vocal harmonies are beautiful and this is now my go to feel good album. The song “Let it Go” is a song that I never want to end every time I hear it.