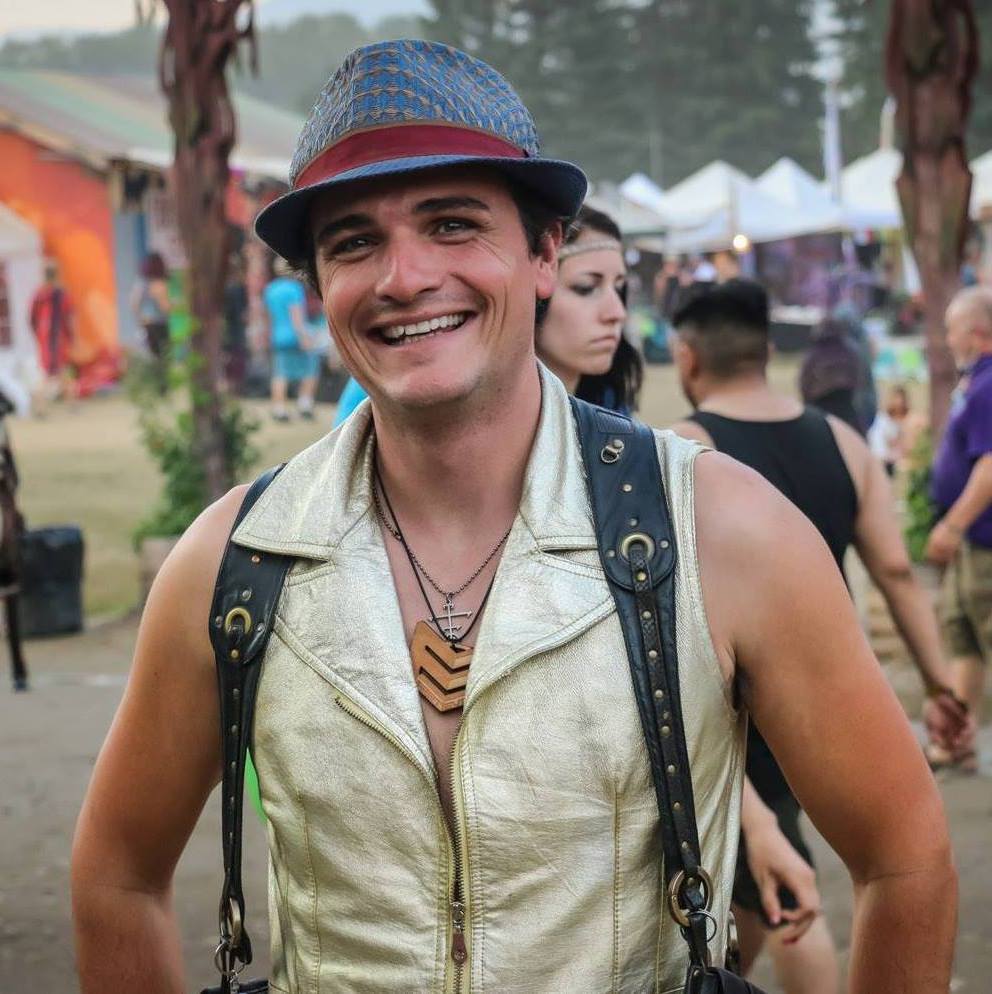 Notorious for his reviews, a great attitude, and a profound love for music festivals, Tucker Gumber, better known as The Festival Guy, has created quite the name for himself in the music community. This week, he released a book that every industry professional, or any person for that matter, should consult before attempting to throw an event.

The Festival Thrower’s Bible was written to aid producers, promoters, publicists, and more in throwing the best festival possible. Not only do Gumber’s initiatives connect all who are in involved, they further re-establish an emphasis on the music. This book attempts to raise the standard when creating the festival atmosphere for the fans—the community of people who are brought together in the spirit of enjoying music and creating memories together.

“After reviewing festivals in 2011 and 2012 for my website, I recognized that there were problems at every festival you went to. I decided in 2013 that I wanted to fix the problems,” Gumber explained. “So, I went in that year looking specifically for problems—and immediately at my first two festivals I found one.”

Weeks after the events he figured out that some of his friends had attended as well, however they didn’t run into each other at the festivals. This is where the idea for his app, FestEvo (short for Festival Evolution), first came about. 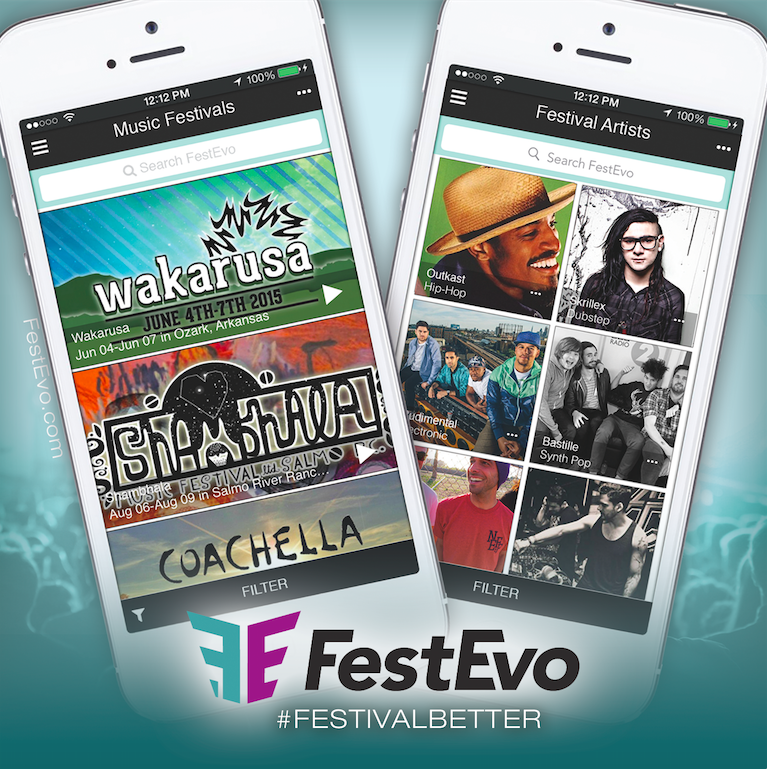 “I was really bummed out that I missed them, but we just didn’t know each other were there. The original idea was just to give people a place to RSVP to the festivals you were going to and it would show you which of your friends are going,” Gumber said.” It sounds simple, but it’s really important to know which of your friends are going to be there.”

The next pressing issue he found was that due to the large number of artists across various genres, it’s hard to know every artist that will be performing.

“I randomly stumbled upon a show by chance, an act called Totally Enormous Extinct Dinosaurs. It was one of the funnest dance parties I had ever been a part of,” Gumber shared. “It turned out I had already missed it at a festival that year. It was at that point when I was really bummed, because I knew exactly what I had missed.

“’Why didn’t I research the lineup,’ ya know? It was the realization that it was work. Researching a lineup with 200 artists on it one by one is work and I don’t want to work to go to a music festival. I realized there needs to be a way to listen to all of the artists on the lineup, easily. That’s where my little idea for FestEvo as a place to RSVP to festivals, turned into a massive, ‘everything you need in one app’ idea.”

The app is now more intuitive than ever, and further, FestEvo is constantly receiving updates and facelifts. At this point in the interview, he pointed out that “the Lightning in a Bottle lineup came out 20 minutes ago and it’s already in FestEvo.” 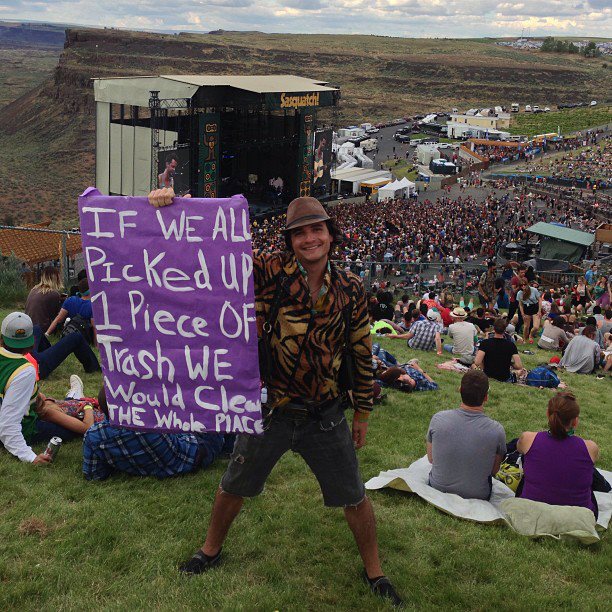 One of the most useful services this app inadvertently provides is exposure. Not just for the festival and the headliners, but also for those smaller names on the lineup that you don’t even finish reading when you’re sold on buying a ticket to a large festival. Scheduling conflicts exist unfortunately, and this app could potentially alleviate some of those for festival-goers by putting more bodies in front of those smaller sets as well.

“It is very important to our entire industry that everyone learns who these new up and coming artists are, because they are just as awesome as the headliners that you see on the top of a lineup. So, another idea is that FestEvo lets you listen to every artist seamlessly—you can even watch videos of them right inside them app now through YouTube. You’ll discover new music and more importantly you’ll spend your entire day watching music that you enjoy. When you use FestEvo, it’s a different festival experience than if you would have just looked at the lineup once and gone for it,” Gumber explained.

Of course, each festival is different and has qualities specific to that event. The lineup, location, sponsorship, logo or “brand,” time of year and more are all factors that determine how effective a festival will be—as explained in The Festival Thrower’s Bible.

“I’ve gotten to a point where, I’m not really sure how, but I look at the festival industry and look what needs to be done. This app needed to be made. It took two and a half years, but it’s ready and we made it. Then it’s like, ‘What else can we do?’ because my ultimate mission here is just to improve festivals.” 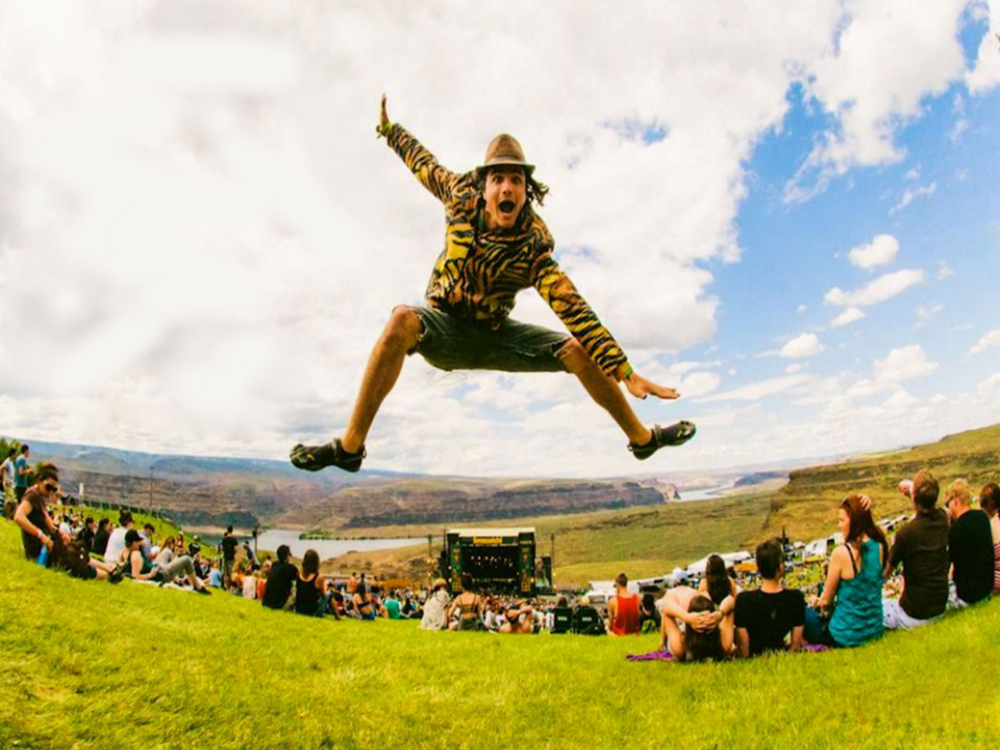 Lively illustrations by Andrew Steers create a comic-book or graphic novel feel for the release, making the loads of information even easier to consume. Gumber discussed the process of working with Vendini Publishing, and further gave both collaborators extensive credit with their help in creating The Festival Thrower’s Bible.

“I’ve been to 90 festivals and at this point I can still say that there wasn’t a single one that had every single, last detail perfect, ya know? The book gives you a kind of checklist to burn through when you’re looking at your festival… the idea is that every festival will improve from it,” he said.

The book provides inside Festival Guy knowledge from front to back, as well as input from various professionals in the industry.

“I looked forward to getting their content because I got to choose who wrote it,” Gumber admitted. “The contributors to the book are really an all-star cast—more of a dream team from the festival community that I’ve met in my years of traveling around and going to business conferences.”

When asked about the community atmosphere created within a festival, he explained how a festival will “filter” a certain crowd from around the country to that event based on things like the lineup and location. Then, within the festival, people are filtered once again by which stage they choose to be at and who they choose to see perform.

“The real brilliance of these festivals is that you get to go basically on a vacation with the people that you’re most alike because you have same music taste… those are the people you have the most in common with.”

Even if you aren’t planning on throwing a festival, The Festival Thrower’s Bible is a fun read with tons of useful information. Gumber has paid careful attention at these festivals because he truly cares. Be on the lookout for more from The Festival Guy soon, and be sure to download FestEvo today!

To grab your copy of The Festival Thrower’s Bible, visit kickassfestivals.com.