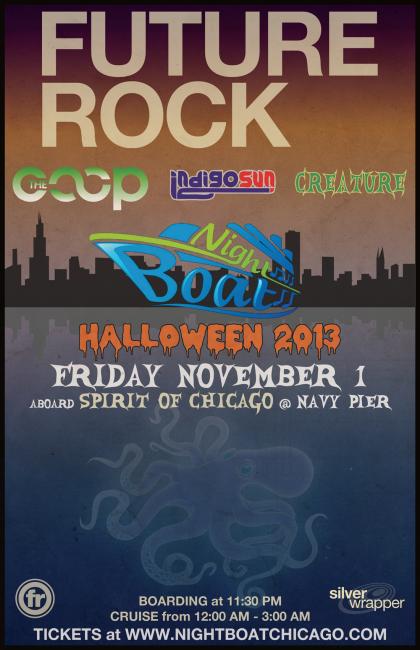 Many an act try to tackle the iconic theme to Darren Aronofsky's cult classic charting the harrowing depths of modern day addiction. But few remixes of Clint Mansell's Requiem for a Dream masterpiece evoke the sheer terror of those shrieking strings, the repetitive crushing blows dealt by the steady rhythmic descent. So Chicago four-piece The Coop did an end around, instead recreating--or more accurately--crafting an homage to the seminal score with their sonic signature. Live drums, exploratory electronics, and a jam sensibility undergird the band's take on the tune.

Tonight, the band celebrates the extended Halloween weekend on the Night Boat with Future Rock, another Chicago staple. Joining other electronic/jam hybrids, the Spirit of Chicago haunts Navy Pier for one night only. Cruise the high seas (or cold lake, rather) with the sounds of The Coop swimming in your ears.