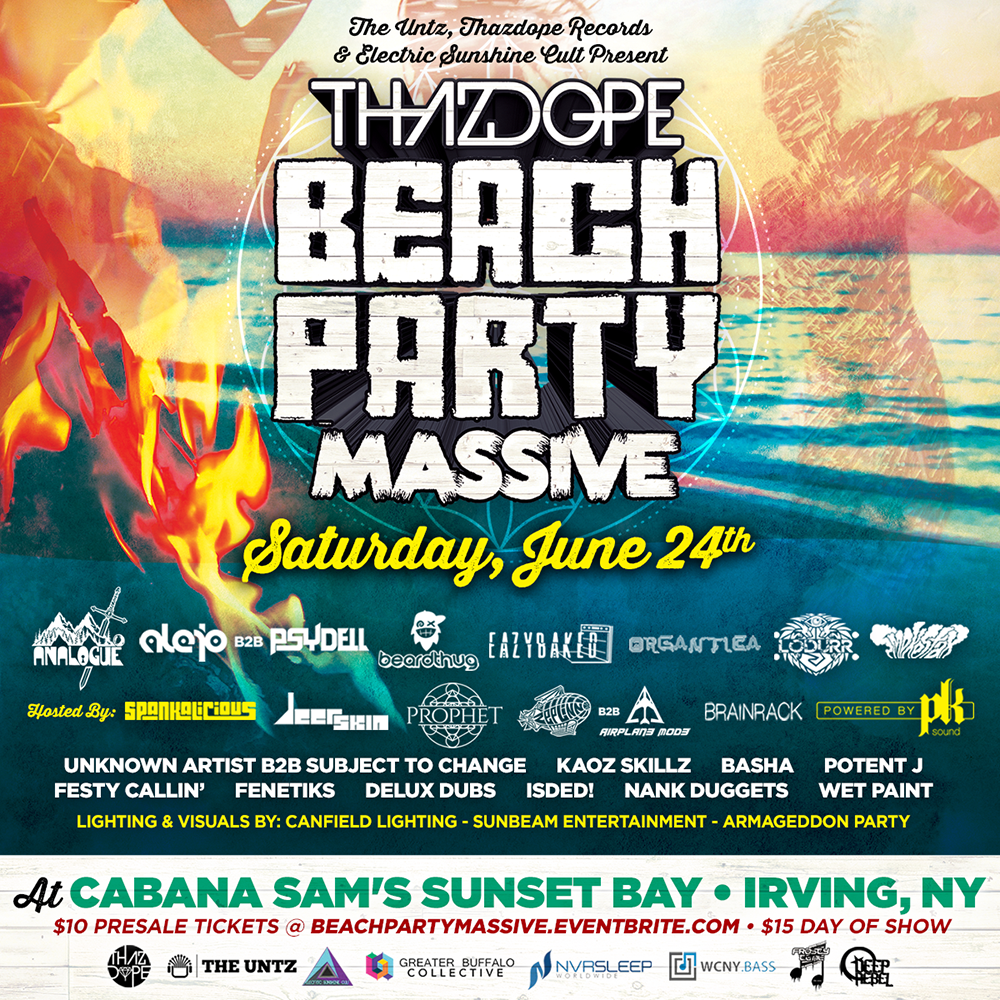 We're joining forces with ThazDopeRecords once again to throw another epic party this summer. In tandem with Electric Sunshine Cult, the underground bass label is bringing some of its best and brightest stars to a stunning lakeside location just outside Buffalo for big blowout by the beach.

Introducing ThazDope Beach Party Massive come to Cabana Sam's Sunset Bay in Irving, New York on Saturday, June 24. Headliners include Mt. Analogue, Alejo B2B Psydell, beardthug, Eazybaked, Smokestax, Deerskin, and so many more. Hosted by Spankalicious, there are so many surprises on the lineup like Zeplinn B2B Airplan3 Mod3, Brainrack, and whatever the hell Unknown Artist B2B Subject To Change might be. As always, production will be top-notch with PK Sound, high-grade lights and visuals—but honestly, it'll be hard to top the natural setting of getting all that bass on the motherflippin' beach. Nothing like your hands in the air and sand between your toes.

For those trying to get a bead on The Secret Stash Brooklyn lineup which will be happening the night before, I will let you know that only two artists on this lineup crossover with acts on that one, so don't think that you have some sort of inside info on that secret bill, which will only be revealed after The Untz Festival takes place.

As a reminder, ThazDope Records crew is taking many of these artists on the Wake The Nation tour, which winds around the country in May, and culminates at The Untz Festival in Mariposa, California from June 2-4. ThazDope will have its own stage at our festival that will feature many these artists and more.

Get your $10 pre-sale tickets by visiting beachpartymassive.eventbrite.com and save $5 off the day of show price of $15. You can now also RSVP to the event. Strap it down, because this is just one of many more on the way.