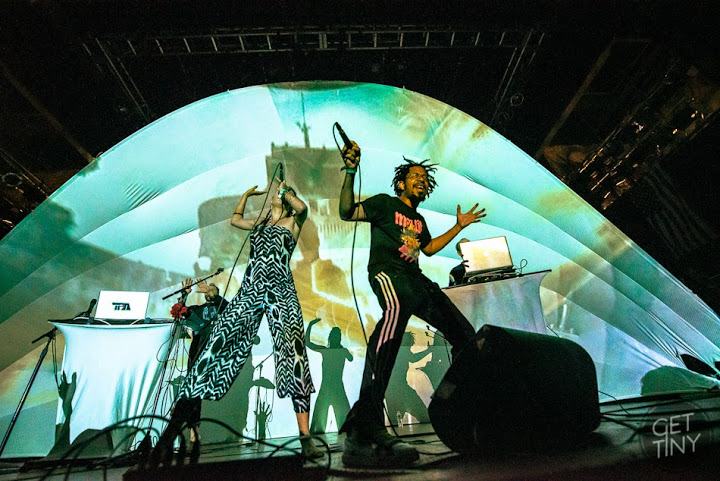 From our vantage point mere days away from the release of the brand new eponymous Terra Bella album (July 31), we see it as the perfect opportunity to reintroduce this wonderfully inventive combo to the world. Take this moment to sip on the sneak preview, "Ricochet Syllables," which features a guest spot from ZION I's Zumbi, and reflect on the musical marvel that brings this wild bunch together.

Terra Bella is the sum of three radically different parts: beatsmith The Polish Ambassador, hip-hop legend Mr. Lif, and enchanting vocalist Ayla Nereo. Project ringleader The Polish Ambassador, a.k.a. David Sugalski, has split his time between the studio, building the Jumpsuit Records brand (behind which Nereo, Lif, and more have assembled i.e. The Human Experience and saQi, among others), as well as his Permaculture Action Days. On top of his love of the music, Sugalski's passion brings him to cities and festivals a day in advance to share sustainability education, eco-awareness, and get his hands dirty at the schools and gardens of the surrounding community. 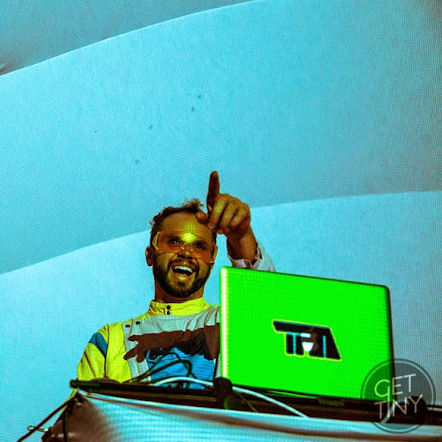 While The Polish Ambassador has found himself at home amongst the transformational festival circuit, his soundscapes are much less Shpongle and Tipper, and moreso Teddy Riley and Tony! Toni! Toné! Taking a modern approach to New Jack Swing, Sugalski's latter day material evokes more a early-to-mid 90's R&B vibe than anything else.

Which explains the predilection towards Blackstreet, Prince, and Erykah Badu versus anything remotely "psydub." Where earlier Polish Ambassador material, as well as his Ample Mammal project, veered into 8-bit territory with stark synthesized melodies, David Sugalski has found his way into warmer, richer organic tones, decorating his booty-shaking beats with juicy woodwinds, strings, and brass. There's a grounded, earthy that connects directly to his permaculture passion.

Mr. Lif cut his lyrical teeth with late 90's independent releases from his Boston, MA base, but it wasn't until his two monster EP's Enters the Colossus and Emergency Rations on Definitive Jux, that attention began to be paid (the latter coming out the same year as RJD2's Deadringer, a big year for El-P's label). Where El-P's dark, brooding beats and bleak dystopian take on modern urban living--and later absurdist takes on drugs-and-destruction rap with his Run The Jewels project in partnership with Killer Mike--Lif has had a generally sunnier disposition, though prone to mournful musings of his own. 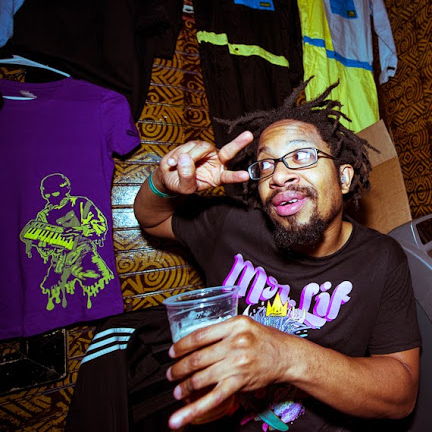 But buoyed by Sugalski's infectious beats, Mr. Lif has found an outlet for that unsinkable optimism. In the trio's first collaborative effort, "Let the Rhythm Just," the song that sparked the idea of this group before even its participants even had an inkling, Lif opens with "Let me say first of all that I feel blessed / Just waking up every day is a prize / Feeling all the love before I open my eyes." A far cry from the beaten down lamentations of his conscious rapping ilk.

Far from the hustle and bustle of Mr. Lif's upbringing on the fast-paced east coast, Ayla Nereo sprang from the rollings hills of idyllic Sonoma County, raised on "blackberries and books," as she delightfully puts it. Coming up as a predominantly acoustic singer-songwriter (though sonic experimentation has always been part of her game). you can hear that fresh lightness in her ephemeral delivery, as if she's channeling fantastical wood fairies and delicate dryads descended from myth.

It is that melodious silk that wraps itself gently around the beats, the bass, the verses, and the hooks. That's the sound that first found its way to Sugalski, eventually fusing the pair as Wildlight. It's that same lush but powerful thread that wraps Terra Bella up into its musical package. 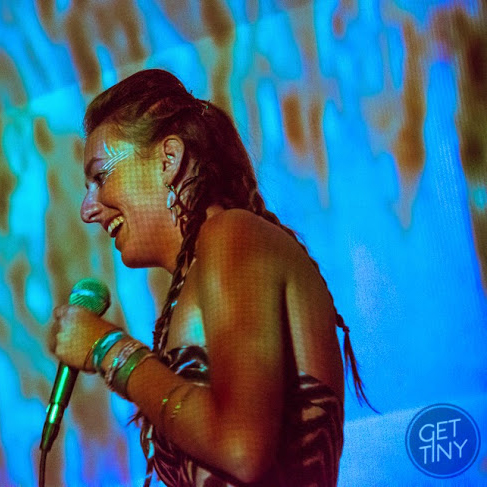 You take that magical formula to the stage, and suddenly you're unlocking all sorts of possibilities. Where these solo performers spent so many lonely years under that barren spotlight looking for a connection somwhere, anywhere, now the twinkle of understanding in the eyes of shared glances and inside jokes comes to life. Sugalski can't stop moving his hips in time with the rhythm, Nereo flits from one end of the stage to the other, and Lif throws his hands skyward. It looks like they're having the time of their lives.

And therein lies the magic. The glue that holds these disparate solo acts together is the sonic interdependence that each piece never knew it was missing. It's a supergroup for our changing time. Replace the capes with onesies, and you've got a new brand of Justice League. The superheroes? Talented musicians trying to heal the world one note at a time.