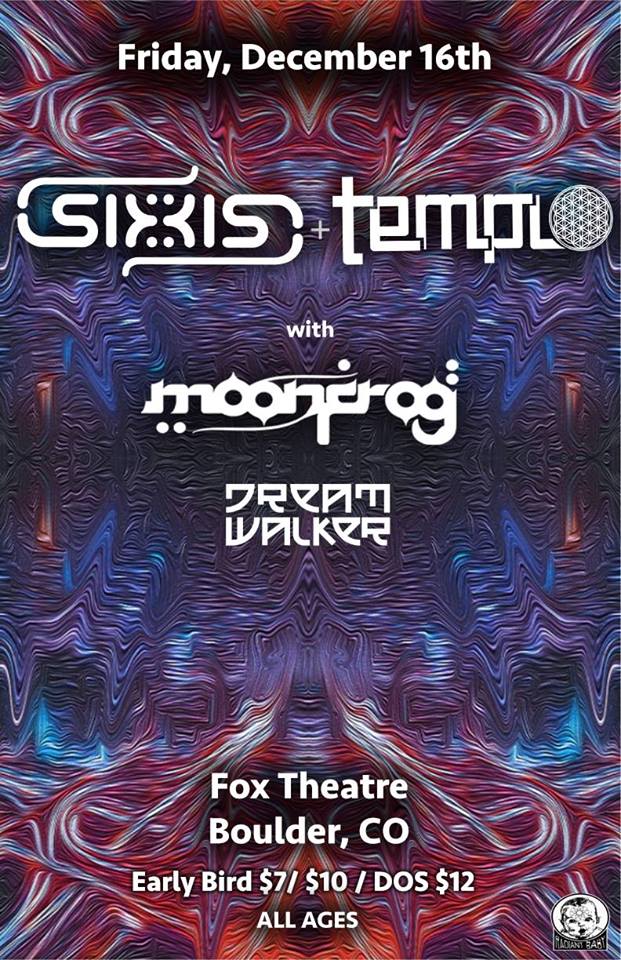 In anticipation of a special co-headlining performance tonight (December 16) at The Fox Theatre in Boulder, Colorado, downtempo, ambient, psybass, and glitch-hop producer Templo is unleashing his Earth Night set from last weekend to hype up fans for tonight.

The set was recorded a week ago leading into a Live P.A. set by Papadosio at Cervantes in Denver. Full of his signature wubs, organic warmth, and plenty of bass, the 60-minute journey set gives newcomers to Liam Shea's sound a real understanding of what it is he does.

Tonight, Templo is joined by fellow psychedelic explorers Sixis, Moon Frog, and DreamWalker. As a special bonus for third eye wanderers, the man, the myth, the legend, Android Jones (who it was just announced today will be joining Bassnectar at the 360 Birmingham NYE blowout) will be hosting an art show next door at the Boulder Vape House with some of his super talented friends, including William Thompson, Blaise Bellenoit, and more.

Sounds like all the pieces have fallen in place for fans to go on a real mind-bending trip tonight in Boulder. Make sure this Templo set is your soundtrack to the evening.

Get your Fox Theatre tickets!