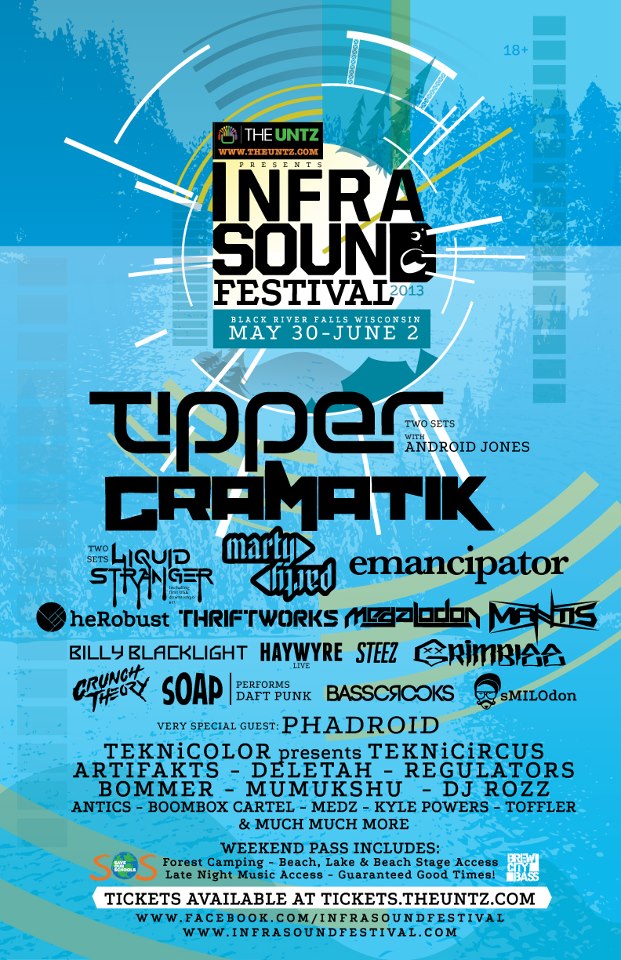 We've got a brand new one from TEKNiCOLOR for you today, courtesy of our pals at INFRASOUND MUSIC FESTIVAL, taking place in less than a month halfway between Minneapolis and Madison. Wisconsin's own Ty Mittelsteadt has assembled a motley band of performers known as the TEKNiCiRCUS to take his live show to the next level. This bangin' tune blends the hard-hitting dance beats for which he's become known, with the psychedelic atmosphere that surrounds his stage persona.

TEKNiCOLOR will be joining Tipper, Gramatik, MartyParty, Emancipator, Liquid Stranger, and The Untz Challenge IV winners Beat Machine and Lost Optical at Infrasound Music Festival, May 31-June 2 at NCN Campground in beautiful Black River Falls, WI. Tickets are on sale now. Grab your tickets at http://tickets.theuntz.com/events/infrasound-music-festival-2013. Remember, we're also giving away a pair of tickets to the festival, so make sure to enter for a chance to win!