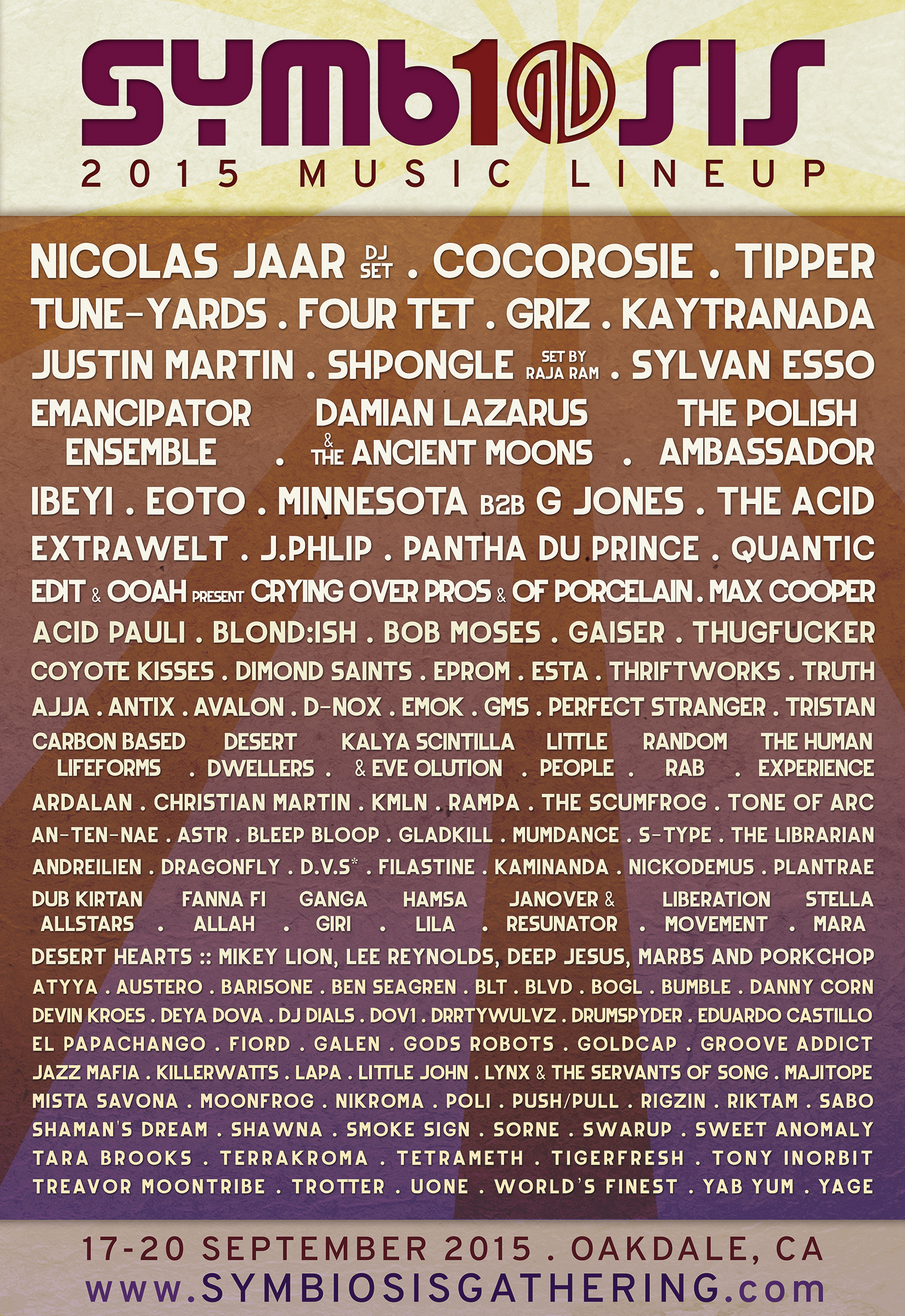 Today, the wildly inventive transformational event has added a special performance from edIT & Ooah of The Glitch Mob, playing the first Crying Over Pros and Of Porcelain set in half a decade. Thugfucker has been slated for a sunset slot, and much attention is being paid to Tipper's only California date of 2015, along with the Desert Hearts takeover which is all about that underground house and techno, and the first Raja Ram solo Shpongle set on the west coast.

These acts all join headliners Nicolas Jaar, GRiZ, Kaytranada, The Polish Ambassador, EOTO, Four Tet, Random Rab, Kalya Scintilla & Eve Olution, Desert Dwellers, and so many more. Tickets are on-sale now for this unique Re:Union. Watch the video, get excited, and get all your tickets and info at symbiosisgathering.com.