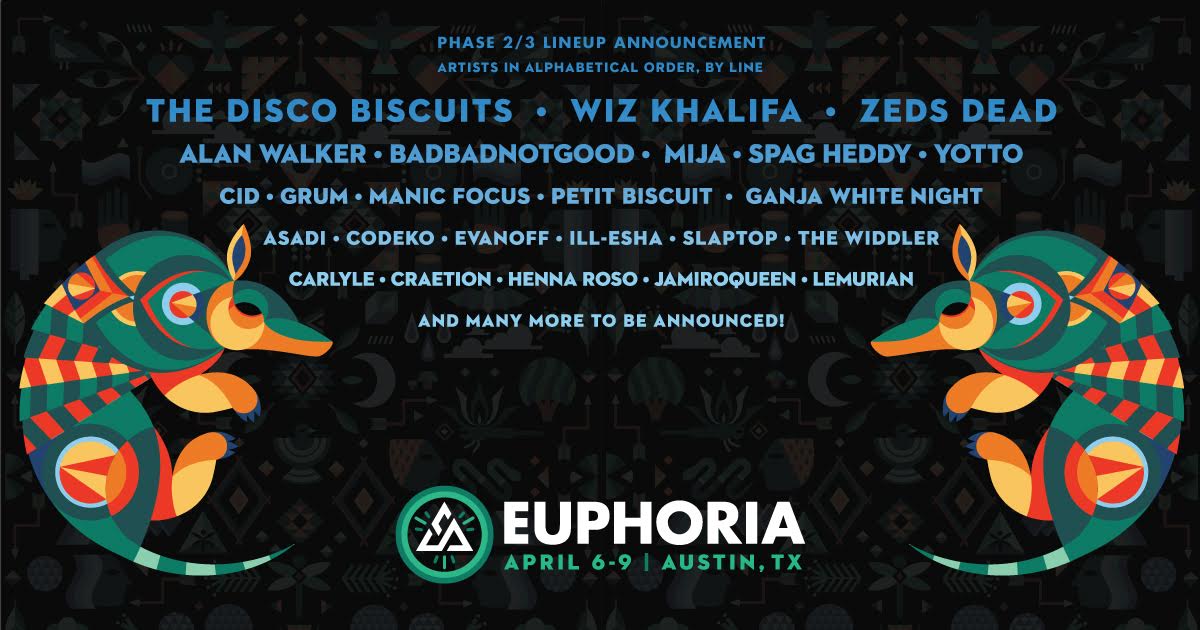 As more pieces fall into place for the Euphoria Music Festival lineup for next year, the wide mix of sounds and styles and rich variety of artists continues to grow and expand, challenging the notion of contemporary mainstream festival lineups. 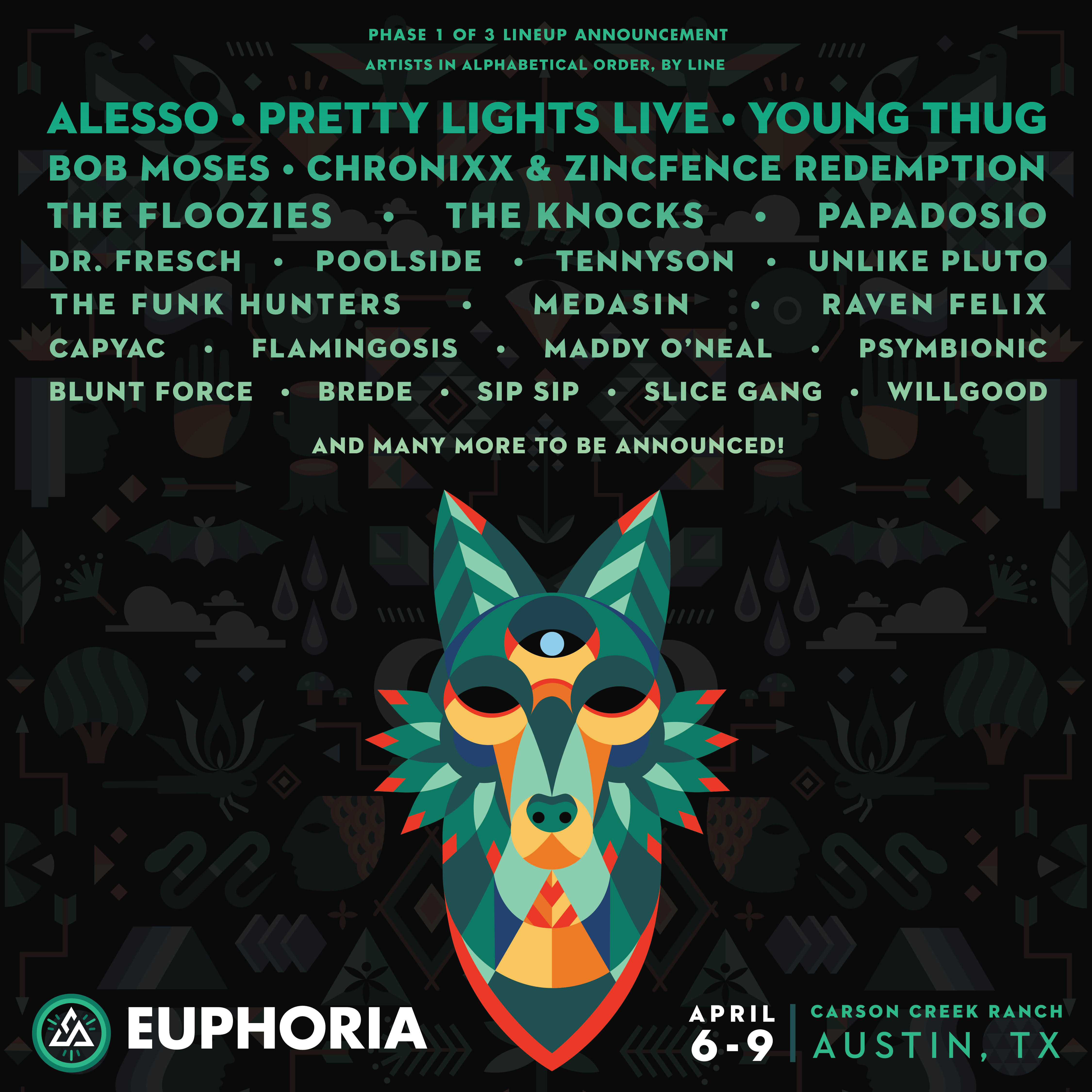 Returning to Carson Creek Ranch in Austin, Texas from April 6-9, Euphoria has added three huge headliners from vastly different corners of the music industry. Jamtronica icons The Disco Biscuits make their Euphoria debut—leaving many fans to wonder just how many sets they'll be performing at this rare Texas stop. Hip-hop royalty in the form of Wiz Khalifa bolsters the festival's image in that realm with Phase 1 acts Young Thug and Chronixx. Finally, coming off the smash success of their latest album, Northern Lights, legendary Canadian dubstep duo ZEDS DEAD jumps onto the bill.

A number of UNTZ faves have also made the cut, including Mija, Spag Heddy, Manic Focus, Ganja White Night, Evanoff, ill-esha, and The Widdler—as well as some newcomers to the scene like Grum and Petit Biscuit.

These acts join previously announced superstars Pretty Lights, The Floozies, Bob Moses, Papadosio, Unlike Pluto, The Funk Hunters, and many more. Now in its sixth year, expectations are high, and the festival's organizers keep delivering.

Visit euphoriafest.com to snag your $149 GA festival passes, and make sure you get all the info for camping, eco-friendly programs, and special amenities on the festival website.