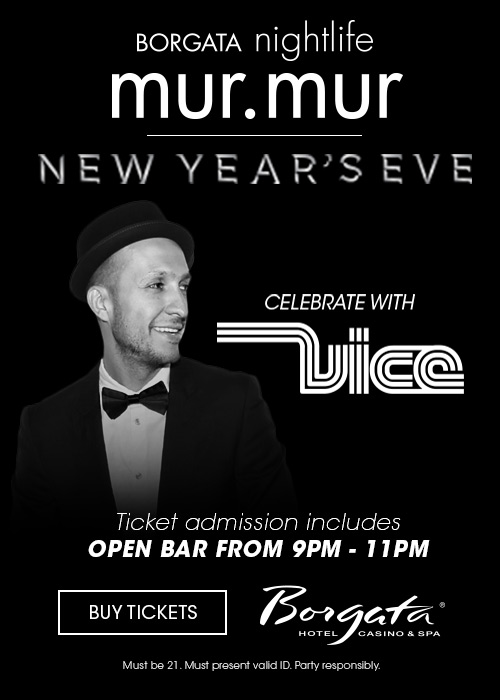 Your plans have been made for New Year's Eve, because Borgata Hotel, Casino & Spa is bringing the party to its mur.mur nightclub on December 31st.

Ultra Records recording artist, Vice, will be ringing in the New Year with his special blend of progressive house and electro.

Hot off the release of his remix EP for his smash Ultra Records single "Bright Lights" featuring Estelle earlier this month, the breakout DJ is turning heads from coast-to-coast. Vice has held major residencies in Las Vegas, New York, and Miami, and now brings his rowdy sound to Atlantic City, NJ to bid a fond farewell to 2015.

If Mondays are your night to go out on the town, Borgata's mur.mur nightclub goes all night long with some of the biggest DJ's on the planet and veteran residents who know exactly wha they're doing. The weekly mur.mur Mondays have become a staple of the Atlantic City scene. For those who have to work all weekend, the mur.mur industry night can't be beat.

Grab your tickets for Vice's mur.mur NYE DJ set on December 31st, and we'll make sure you start your 2016 off on the right foot.