Few bands have had the trajectory Colorado trio Sunsquabi has had in the year since its inception. The group, comprised of guitarist Kevin Donohue, bassist Andrew Clymer, and drummer Chris Anderson, have already released a full length album, Enhance, and are dropping their new EP Catastrophic today. The band was formed in March of 2011 when Donohue and Clymer decided to take the hip-hop oriented group they had previously played with in a new direction. Incorporating Ableton into their live set, they played their first show at the legendary Red Rocks Amphitheater for the Global Dance Festival. "Playing our first show at such an amazing venue really set the bar high for us," says Clymer. "Since then, we've been trying to release quality albums and play shows of that caliber." The group became complete in September of last year when they added Chris Anderson to the lineup. "I met Andrew on a party bus to Bassnectar; we agreed to meet up later and jam. The first session went so well, we all connected musically and it was so effortless that they decided to add me on full time," Anderson remembers. Within two weeks of joining the band, they released their debut LPEnhance. "Enhance was such a solid first album. It really allowed us to explore different genres and ideas. On Catastrophic, though, it's less of a genre album and more of its own niche in the contemporary music scene," Donohue explains.

After releasing their debut, Sunsquabi began to build up a solid fan base. "The Fox show (December 7th with Eliot Lipp, Crushendo, and kLL sMTH) was when it hit us how much of a following we had. We played at 8:45, which isn't the best set time, but we packed the place. Our fans love to party, and we bring a party every show, but it's also deeper than that. They all have great taste in music and would rather go to a show than a house party, and we realize this so we try to bring high energy and a professional experience every time we play," says Clymer. The band keeps their sets fresh by incorporating but not relying on Ableton to add to their sound. Although they use music software to achieve the limitless possibilities of sound design, Sunsquabi is primarily a live band. "We played a show last night (Cervantes Masterpiece Ballroom with Juno What?!) and our computer gave out mid-song. I kept the riff I was playing going, looked at Kevin and Chris, and we just kept on jamming. I don't think anyone noticed the computer had died. This type of improvisation wouldn't be possible if we relied solely on computers," says Clymer. It also sets Sunsquabi apart from the countless semi-professional music producers in the electronic heavy Colorado music scene. "One thing we wanted to avoid was being drawn to that super bass heavy sound. In the end we care more about treading new territory than conforming to what's popular; incorporating elements that we want to play. We've all been playing our respective instruments for ten years and bring a level of professionalism and experience that's lacking in the scene today," Anderson adds.

Sunsquabi has also branched out by recording several guests for Catastrophic. Vocalist Emma Fields, who was also featured on Enhance, graces the album again and sings haunting Portuguese phrases on "Archeon," "Catastrophic," and "Monte Carlo." They also asked Clark Smith, the saxophonist in Colorado act Dynohunter, to lay down some riffs on "Archeon," Monte Carlo," and "Professor Chaos." The result is a more textured sound than the previous release, one of changing dynamics that ultimately leads to a fuller listening experience. For Sunsquabi's rework of livetronica pioneer Ratatat's single "Loud Pipes," for example, Donohue recorded five separate guitars along with a shredding solo at the end of the track. Despite being a game changer as far as sound quality, musical direction, and incorporating both computer generated aspects as well as a solid live performance, Catastrophic took a third of the time to write, record, and release than Enhance.

"There was a week where every day when I came in I had a new song concept to go over with everyone. Sometimes it took us a few days to record the drums or add Clark or Emma to the final mix, but other times we wrote and recorded the entire song in less than twenty four hours,” Donohue noted. “Our remix of Paper Diamond's 'Can We Go Up,' for instance, only took us six hours to complete from start to finish. As time goes on we become more comfortable with the programs we use and each other's styles, which allows us to create a solid track so much faster. It also lets us have more freedom during our live shows; we're incorporating live improvisation more and more each time we perform”.

The future of Sunquabi only holds bigger and better things for the trio. They are set to perform at the Snowball Music Festival in Vail alongside musical acts like Rusko, MiM0SA, and Bassnectar, and they have also recently won the Denver installment of Waka Winter Classic, a regional contest which sets Sunsquabi up with a spot at Wakarusa Music Festival in Ozark, Arkansas this coming June. Sunquabi will be taking off on their first tour prior to Wakarusa; their "Road to Waka" tour will bring them to the Parish in Austin to play alongside Re:Evolution Media artist Language Love on May 19th as well as stops in Dallas, Lawrence, Oklahoma City, Wakarusa, and finally their hometown of Boulder. Both Enhance and Catastrophic are available on the band's Bandcamp page for free. 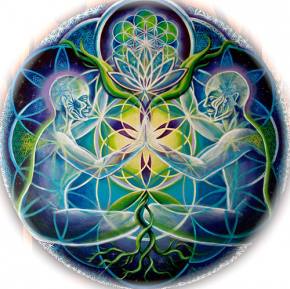