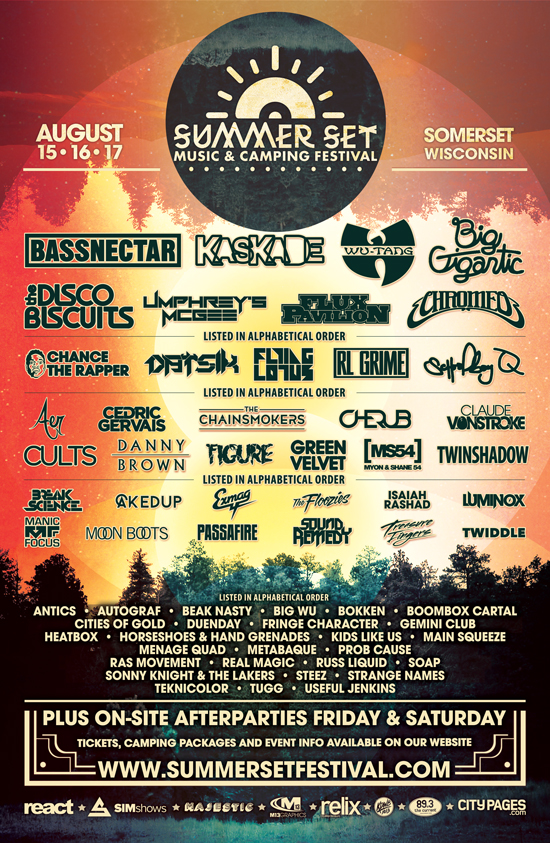 Summer Set Music Festival 2014 has added a whole new round of artists for its late summer event. The festival, now in its third year, is maintaining the balance between electronic, jam, hip-hop, and indie acts.

Kaskade has been added to the top of the bill, where he will join Bassnectar, Big Gigantic, and another new add, Flux Pavilion.

Once again, special late night events on Friday and Saturday will require an additional ticket purchase. Those passes for the late nights are limited, and need to be secured well ahead of time to avoid getting locked out.

The festival returns to Somerset, WI August 15-17. You can purchase tickets, get those precious late night passes, and find more information at summersetfestival.com.