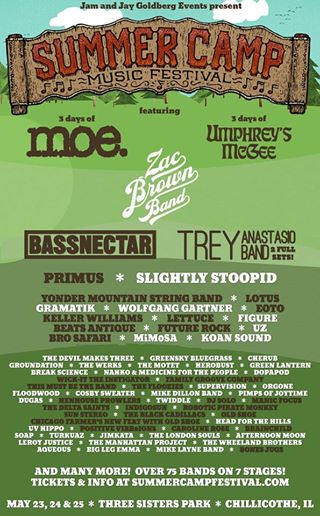 The anticipation has been building, and we're finally thrilled to announce the second round of artists to the Summer Camp Music Festival lineup! Returning to its longstanding home at Three Sister's Park in Chillicothe, IL, the Memorial Day Weekend (May 23-25) institution has added a ton of electronic artists to its already star-studded lineup.