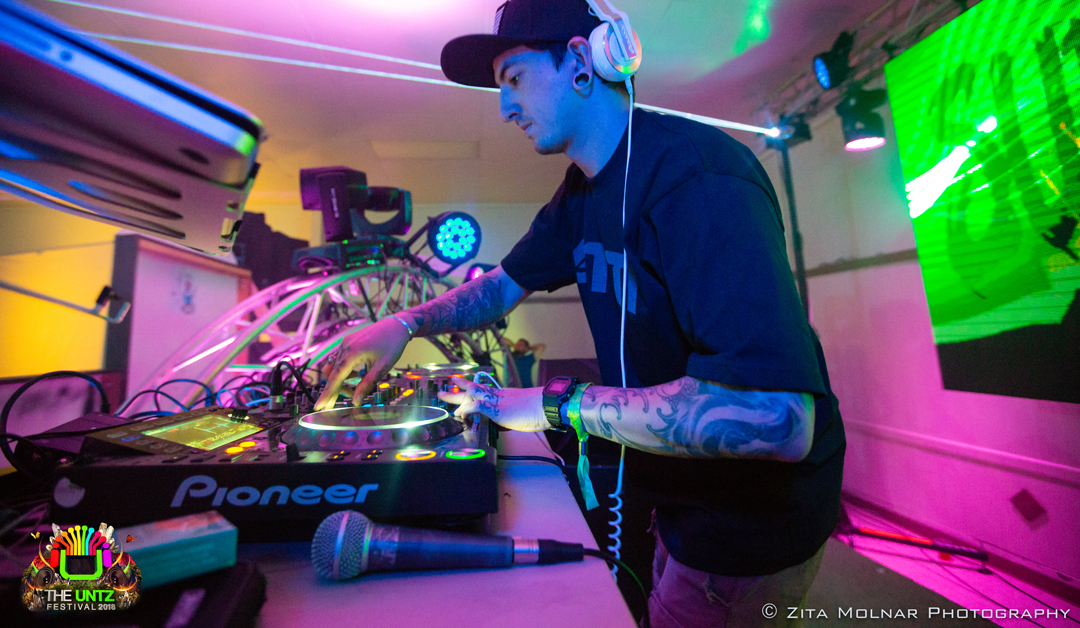 We've made no bones about our obsession with SubDocta over these past couple years. Preston Charles has brought classic Circus-era dubstep sounds roaring into the new bass age and captured a whole new generation of fans who are absolutely agog at the fun and frenetic sets this man weaves. He's been a staple of the late night stages at The Untz Festival this summer and last, and impresses every time.

The Ganja White Night boys have also taken a shine to yung Preston and have tapped him for some big events. It came as no surprise then that SubDocta's big EP, West Coast Wobble, would find a home on SubCarbon Records, and garner what some might call the biggest prize of them all: jaw-dropping art and animation from the legendary Ebo (see below). Whaddya know, my man's skatin' goofy with Jasper.

The first two tracks of the EP features a pair of songs that have become highlights of Charles' sets. “Booty Wobble” and “Smooth Custard” are straight up party tunes with an irresistible flair. The other half of the EP features collabs; the title track with fellow SubCarbon standout, Dirt Monkey, with whom SubDocta is touring this fall on the Rise of the Octopeel tour, and the closer, “Sandy Daniel,” with fellow festival alum, Esseks, which might be the sleeper hit of the collection with its innovative, punchy style.

SubDocta has already cemented his reputation as one of the biggest breakout acts of the year, so all the remains to be seen is how meteoric Mr. Charles' trajectory ends up being.