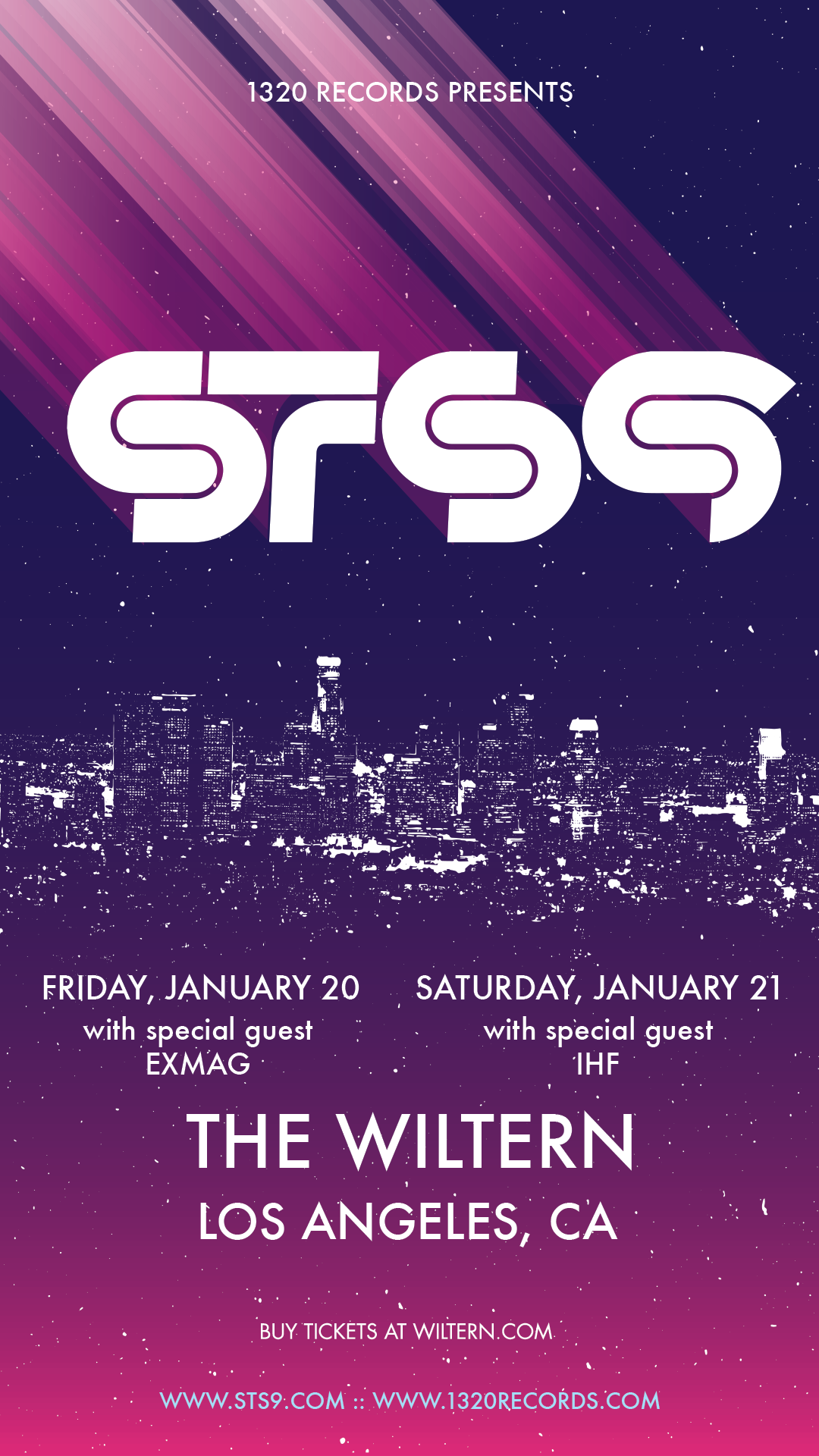 STS9’s spaceship is touching down in the City of Angels for a two night run this month. After crushing its sets at the Fillmore in Denver for NYE, Sound Tribe Sector 9 will bring its intergalactic space jams to The Wiltern in Los Angeles, California on January 20 and 21.

The group, who has been metamorphosing for nearly two decades, has incepted its own genre of instrumental electronic music that incorporates funky improv, trippy tangents, and an all-around lovable and dynamic stage presence that has led to a vibrant following of fans.

Their September release of their most recent studio material—The Universe Inside—received diverse reception among fans, as does any established group that releases records every few years. The album incorporated vocals, disco accents, poppy hooks, and instrumental proficiency, as well as a collab with J.U.S.T.I.C.E. League. Their set lists of late have consisted of a thick blend of old and new tracks from their many years making music.

Tribe’s ethos has always exemplified mysticism and throughout the years has heavily drawn from themes of outer space and its relation to the human experience. They draw inspiration from the community they’ve built and their live performances exude a connection to the audience in attendance. Their desire for sonic exploration is evident in the effervescent nature of their songs. Each one sounds remarkably different and becomes its own little microcosm in which the listener can lose themselves and the band can play and experiment. Seeing them all on stage smiling and working the crowd as everyone is dancing and getting down is pretty much a guarantee at any Tribe show.

If you needed any prodding to go ahead and snag your tickets, electro-sex-funk party starters Exmag will be opening the show on the 20th, and downtempo hip-hop and future bass producer IHF a.k.a. Imagined Herbal Flows is handling business on the 21st.

Individual tickets for each date as well as two-day tickets are available. Coming from out of town? Check out hotels near The Wiltern. There are additional upcoming dates in Austin, Chicago, and Las Vegas for all non-southern California Tribe members.