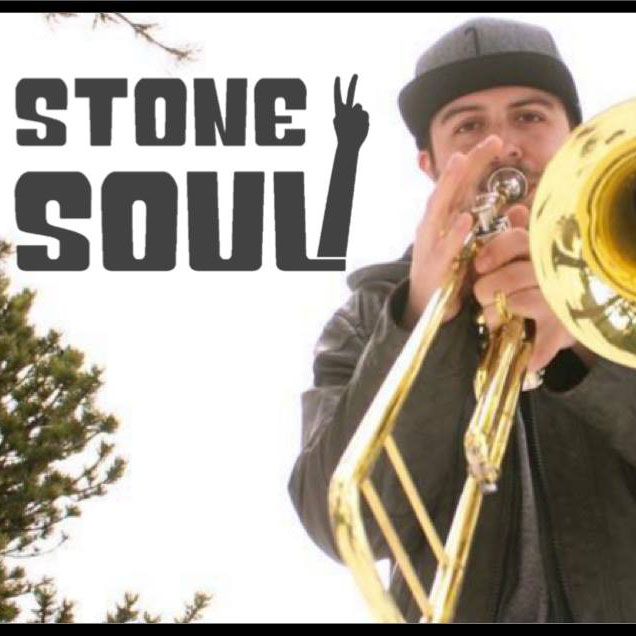 Today we give fans a sneak peek at the brand new Stone Soul EP. Future funk producer and horn player extraordinaire Jordan Stone has been pounding the pavement the past couple years, most recently coming off a grueling, cross-country winter tour he assembled all by himself. The time out on the road has not only increased his visibility dramatically, but also fueled the fire for his brand new release.

April 18th brings fans Chaos In A Land Of Peace. The 3-track EP packs in a ton of collaborations, and today's premiere of "The Darkness Awaits You" is no exception. Featuring the sultry vocals of Madeline Julia Smith of Our Fathers, and Chicago-based future funk trio LWKY (who will be performing at The Untz Festival held June 2-4 in Mariposa, CA), this funky number digs deep to bring the soul, while still keeping the cut danceable as all get out. It's a throwback sound with a futuristic flavor. All three members of LWKY get in on the fun, and the live instrumentation from Derek Outson and Kevin Moze is the icing on top of a delectable treat.

The collaboration of Stone Soul and LWKY has resulted in a brand new combo act, Stone Key, which gets its live debut on April 20th at Hoyne Loft in Chicago. Pretty perfect timing to celebrate the release of Stone's EP. Catch the birth of a brand new movement next month.

LWKY premiere new Amber EP ahead of The Untz Festival

Stone Soul debuts 'The Darkness Awaits You' with LWKY & Our Fathers