It's been a whirlwind summer for the psybass producer from upstate New York. Back in April, we at The Untz granted Spundose the coveted Staff Pick in The Untz Challenge, which resulted in his addition to the bills for Summer Camp, SONIC BLOOM, Electric Forest, ARISE, and even The Untz Festival. Coming up this weekend and next, Johannesen finishes out his prize run at Imagine Music Festival in Atlanta, Georgia followed by Backwoods Music Festival in Stroud, Oklahoma.

So what has Spundose learned this summer? You get to hear the results in his brand new EP, Tones That We Broadcast, coming out August 23 on Street Ritual. If I am granted enough leash to make some assumptions, Chris has been playing some off-peak sets to more mainstream audiences, so where he is allowed to take some side steps into psychedelia land and take fans on journeys at the club shows and festivals he's used to playing, he's spent a lot of time this summer playing to brand new crowds, and needs to hit them a little harder right down the pipe to captivate audiences with six other stages from which to choose.

We've selected what we feel is the standout track from Tones That We Broadcast to premiere today. "Point Loma Deep" definitely strays towards that Weird Bass sound we've heard from pioneers like EPROM and NastyNasty. But if we have to draw the closest comparison to a figure out in the ether, we'd have to say this has definitely got a distinct Bassnectar feel to it. Bringing in his psybass background to the trap world, and even throwing in some flavors from the industrial and drum and bass scenes, "Point Loma" has this duality that appeals both to the psychonauts and the bass junkies alike.

Catch Spundose at Imagine and Backwoods these next two weeks for a taste of the weird, and make sure to snag Tones That We Broadcast when it drops tomorrow. You'll thank us.

Grab Tones That We Broadcast exclusively from Addictech! 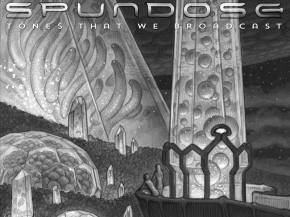