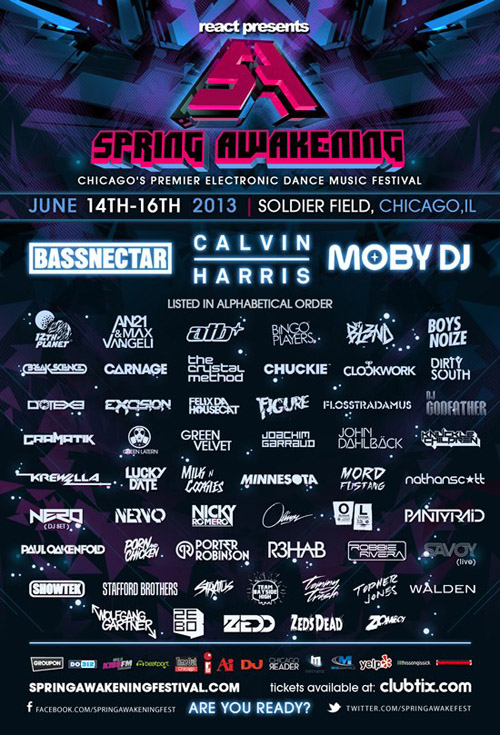 2013 was round two for SAMF, which took place June 14th-16th at Soldier Field in downtown Chicago, IL. Chi-Town cleared the home of the Bears for over 100 artists from all over the world and approximately 90,000 festie-goers in attendance!

Headliners this year were Bassnectar, Calvin Harris, and Moby alongside a killer line-up with big EDM names such as Zeds Dead, Flosstradamus, Carnage, Zedd,  and Porter Robinson, to name a few. SAMF added one extra day this year and blasted sets from four stages, Da Main Stage, Equinox Stage, Drive Stage, and a stage for locals and contest winners.  The recap is a nostalgic rewind for those who made it to SAMF 13’, and ignites a burning for next year in those who did not.

2014 is right around the corner, will Spring Awakening Music Festival make your festival cut?! 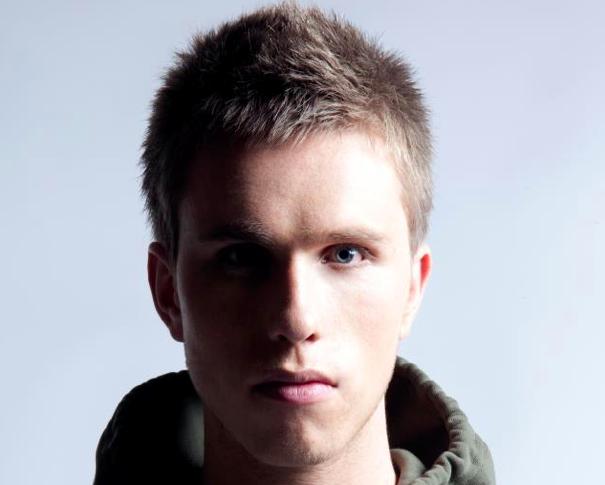 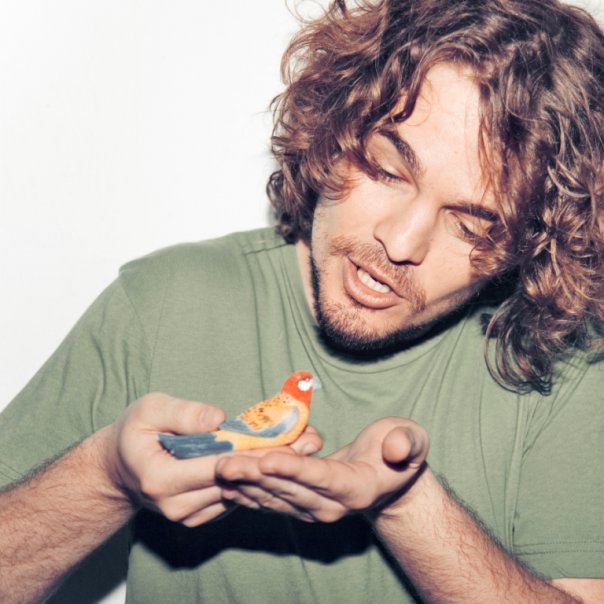