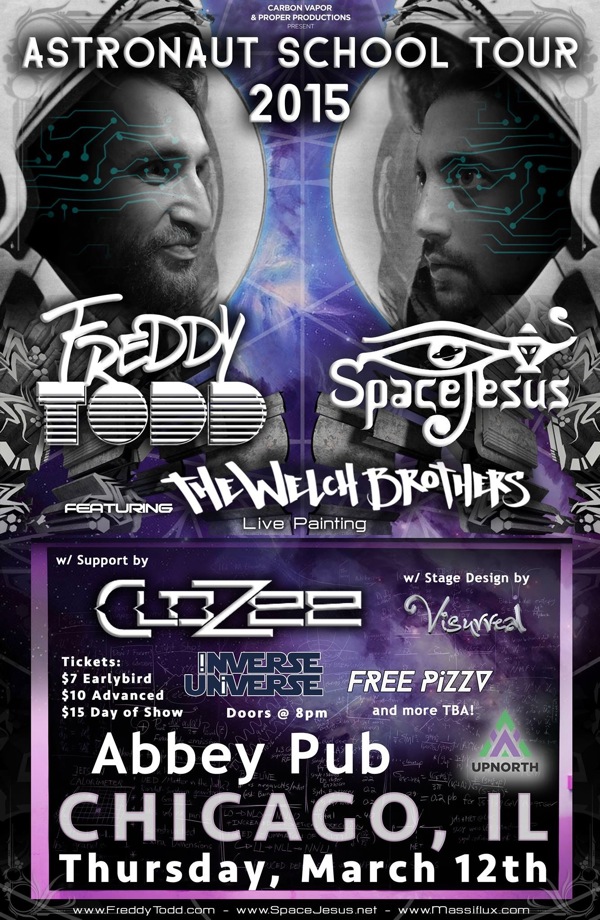 Freddy Todd has been on a tear, lately, hitting NYC's Best Buy Theater with Lowtemp label head Gramatik as part of his massive two-night stand. Todd released Golden Tremendous on Lowtemp last year, and has continued to land on high-profile events like Electric Forest and crush showcases with his labelmates.

Jasha Tull's Space Jesus project has grown its rabid fan base considerably over the past year, with ecletic videos, surprise appearances with Schlang (his top secret project with Supersillyus), and a ton of credible blog heat.

French glitch-hop maven CloZee is also on the bill. With her futuristic style, many Chicagoans last caught her opening for Tipper back in September. If you've been hand-picked by Tipper, there's a good chance you're doing something right.

The Astronaut School tour comes complete with live painting from The Welch Brothers, two of the most sought-after artists in the transformational scene. From humble beginnings as renegade graffiti artists, the brothers now receive praise from luminaries in the field like Alex Grey and Johnathan Singer. Several other wildly innovative artists will be sharing their wares and live painting at the show, which is also hoop friendly.

Chicago's own Inverse Universe will be on the bill at the Abbey Pub, alongside FREE PIZZV at this 17+ show at the Abbey Pub. Special early bird tickets are priced at $7, with advance tickets coming in at $10. Tickets can be purchased for $15 at the door. Buy your tickets here.

If you're feeling lucky, you could try to win THREE tickets by entering our contest! It's free to sign up, and once you've done that, it takes mere seconds to enter the contest.

The Windy City is in good hands when the Astronaut School tour comes to town. Prepare for launch. 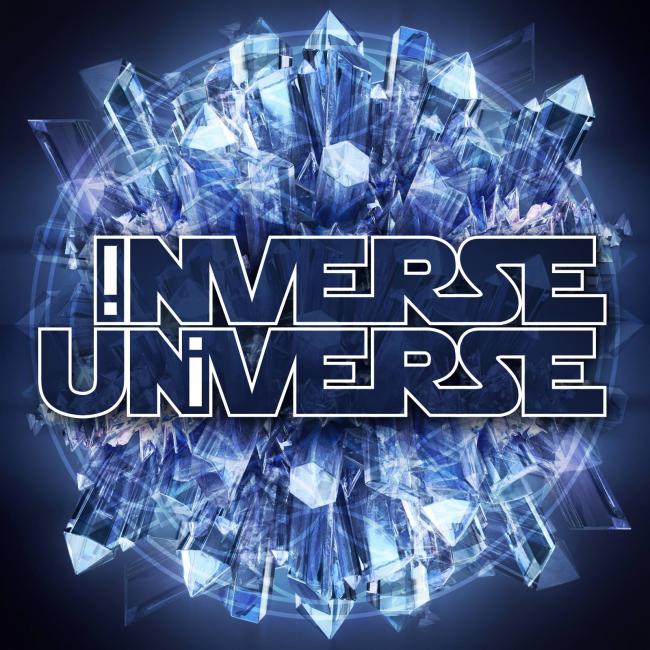