We've seen a ton of action from irreverent east coaster SOOHAN, of late. The alien overload has been bouncing up and down the Atlantic seaboard, playing shows, and pumping out tunes at an unbelievable rate. His twisted take on world music, trap, and psychedelia leaves us no choice but to shake it, and shake it with furious spirit, at that. 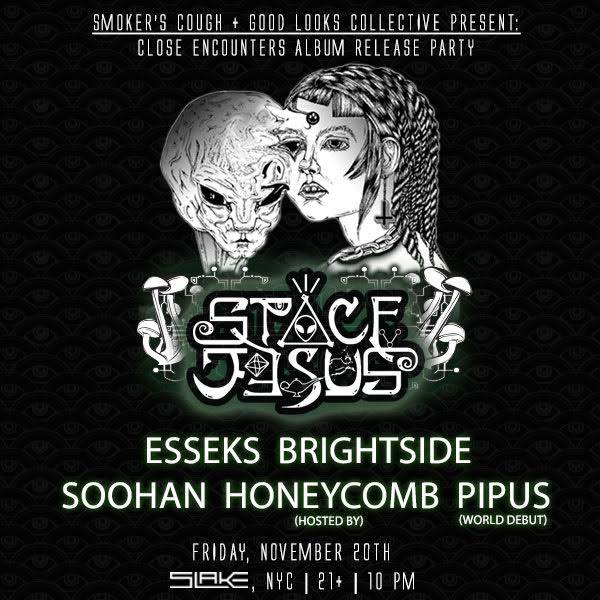 So now you've got a kid from Baltimore remixing legend from the Bronx with the sounds of Chicago. Soohan takes on iconic hip-hop masterpiece "Planet Rock" from Afrika Bambaataa (and don't forget Soulsonic Force), and gives it a juke slant. It's not quite in that footwork vein all the way through, Soohan mixes in some of those trappy elements, as well as some lite feet flavors. It's an almanac of underground electronic sounds dating back all the way to the 80's, and stretching way out into the future.

Soohan heads out on a double date with Space Jesus this weekend. Speezy Jeez just released his Close Encounters album today on Smoker's Cough, and will be celebrating with a free show at Slake tonight in New York, NY. Then Soohan and Jeezy head down to Baltimore, MD to open up for Conspirator at Ram's Head tomorrow night. It's an all-out alien event out east!