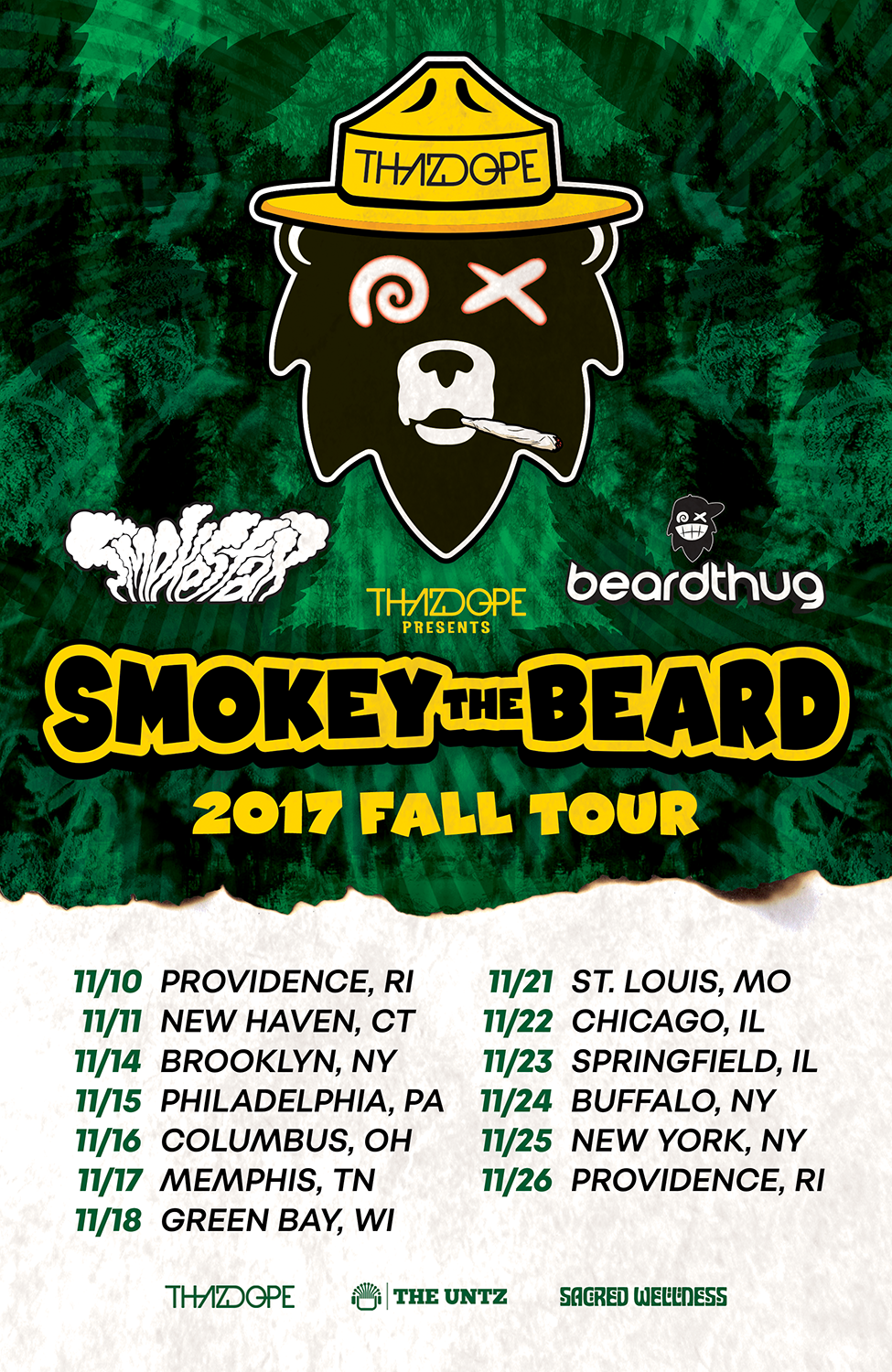 Two of the most exciting acts to grace ThazDope Records' stage at The Untz Festival are hitting the road!

Smokestax and beardthug jumped onto our radar when ThazDope booked them to play our weekend long bass affair earlier this year, which means we've been on their scent for about a year. Both Ethan Uehllendahl and the dynamic duo of Seamus Southern and Mallek Saleh have been crafting some seriously twisted tunes over the past year.

We had the good fortune to premiere two Smokestax tunes over the past year, including “Diamonds in Muh” and “Throwing Shade,” and beardthug had two tunes featured in our promo videos for the festival, including “Layali” and the smash hit, “Girthworm Jim,” which was first broken on ThazDope's Heterodox comp curated by Levitation Jones.

It's now time for these two rising acts to step into the spotlight and anchor their own run. The Smokey The Beard tour kicks off at DJ Venom's FreQ Fridays at Alchemy in Providence, Rhode Island on November 10.

On from there the tour turns into a Wake The Nation reunion, which fans will remember as the ThazDope tour which wound its way around the country from the midwest out to California for The Untz Festival. The new 3rd Eye Therapy weekly hosts the guys in Columbus, Gutta Nation puts on the Memphis show, Deerskin and Aliens at Work are throwing the Wisconsin show, St Louis is the old stomping grounds for the crew, Danny Grooves holds down the Springfield date, and Corey Setzer's Greater Buffalo Collective, host of the big beach party, handles Black Friday duties in Buffalo. There's much to be thankful for.

Catch these breakout bass sensations when they hit your town. We're keeping a watchful eye on both of them.