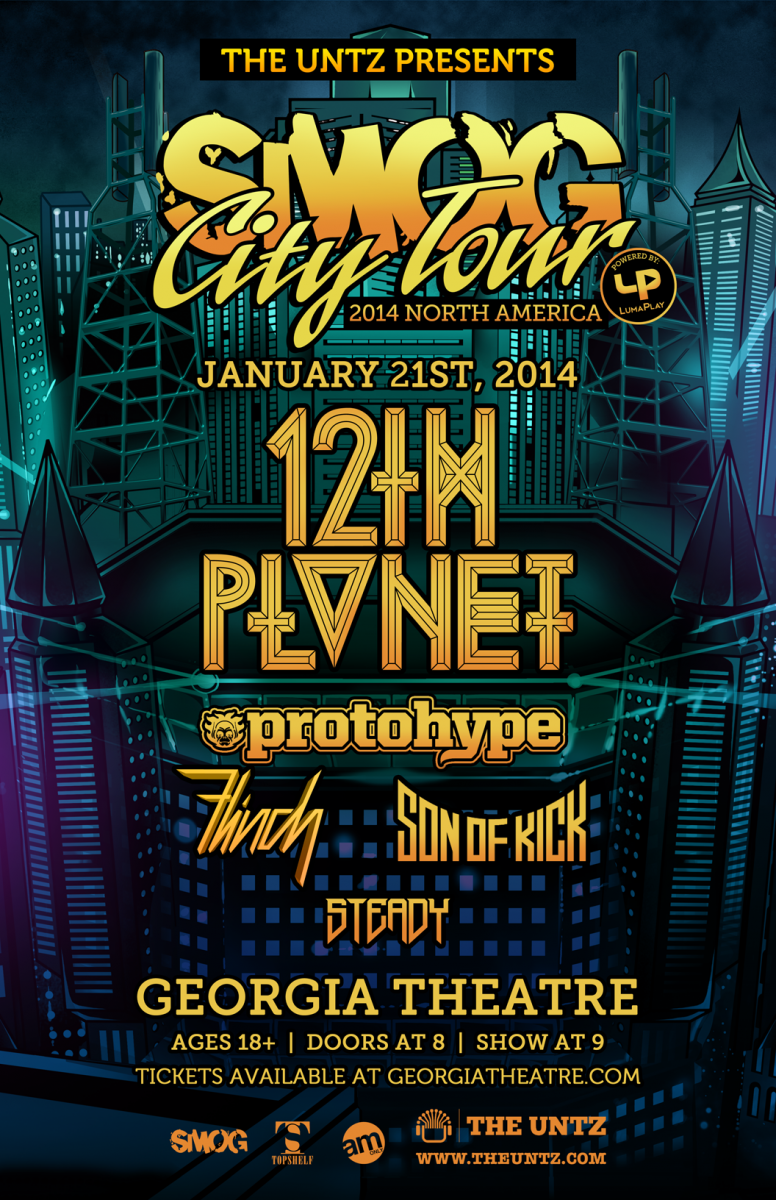 12th Planet is the electronic music pioneer whose off-axis beats and subsonic frequencies orbit on the forefront of global bass culture. Recently named “Los Angeles dubstep god” by Rolling Stone, 12th Planet AKA John Dadzie and his influential label SMOG Records are widely credited for bringing the British movement stateside, and continue to be a crucial force in the evolution of electronic music. 12th Planet's DJ sets now include a myriad of styles that reflect the current, diverse landscape of EDM music and continue to display his role as an essential tastemaker in the dance music world. Hype is Protohype. Originating in the hip hop world, 23 year old Protohype's fusion with bass music has created a new genre, Dub Hop. Combining the gritty low end of dubstep with trunk rattling hip hop drums, a sound is born like nothing else. His progressive sound has lead him to new heights in both the bass music community and the hip hop world.

Expect plenty of dubstep, trap, moombahton, electro, and big room madness when this huge lineup descends upon the legendary GATH. Doors open at 8, and the show starts at 9 for this 18+ event. Grab your tickets now!