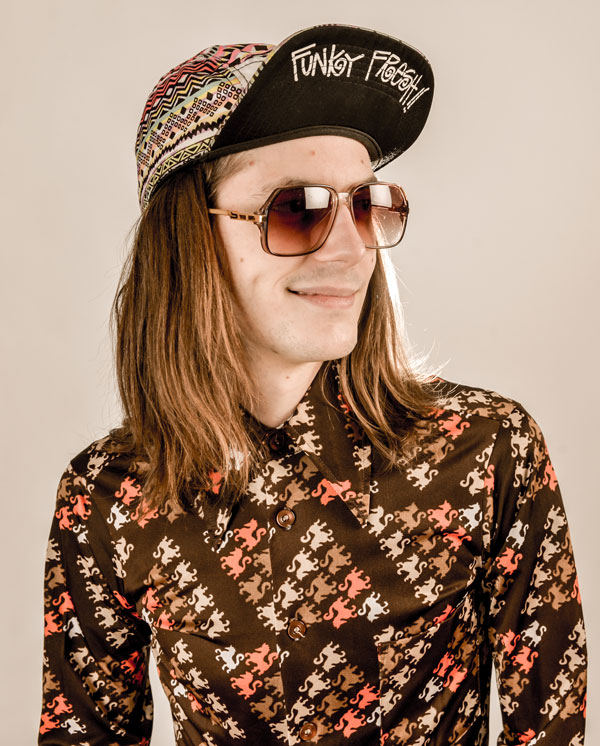 By the gods of glitch-hop! The new Slynk EP is *mwah* just a piece of friggin' beauty. Inspired by the folks who roam this planet with a huge grin plastered across their faces despite the trials and tribulations life constantly throw at all of us, The Delighted People is a rambunctious run through five tracks of gooey, glitchy goodness that'll slap a smile on your face.

Even better than the great news of new Slynk, is the fact that the Aussie, now based in Canada, will be coming to the US for a few dates this year. Now Americans get to revel in the glory that is the ultra-funky freshness of one of our favorite producers. Praise be, the immigration situation has been sorted!

What was the inspiration behind Talkbox Tuesday? Will you do Rufus & Chaka Khan "Tell Me Something Good" just for us?!?

I absolutely love that nostalgic Talkbox sound, I just had to buy one myself. I very quickly discovered that it is actually incredibly hard to play so in an effort to motivate myself to learn/practice, I thought I'd do a Talkbox video every Tuesday on my Facebook fan page! This way, my fans on Facebook can come along with me on my quest to become a better Talkbox player and hopefully some day I'll be good enough to play live during my DJ sets. I do take requests in the comments section so if you'd like me to do a song, just leave me a comment! "Tell Me Something Good" is a great suggestion! I might have a go next week.

Coming to America is huge--congrats on getting your paperwork in order. What's first on your agenda as far as touring the States, and where else are you hoping to head?

Thanks. I'll pass your congratulations on to my incredible manager and agent, Tomas Avendano (tomas@daniomanagement.com) since he's done all the work there [laughs]! After I posted about this on Facebook I've had the bookings and inquiries flooding in so I'm not even sure which ones have been confirmed and which ones I'm allowed to talk about so far. But I'm going to be playing at U Street Hall, Washington DC with DJ Dan on March 11th which is very exciting! I think I have a show shortly after that in Pittsburgh, another in Seattle and a festival in Oak Canyon Park, CA.

I'd really love to check out Denver, Colorado. Mr. Bill is living there at the moment and he's told me some really great things, plus it would be awesome to hang out with him and maybe write a tune. I don't even smoke weed but I want to see first hand how legalizing weed has effected the city. I'm imagining hotdog stands that sell joints and stuff haha! I live in Vancouver and I've still never been to Portland. It would be great to get down there and spend some time with AfroQBen. Maybe write a song, have a beer, play a show, have a look around. It seems like a great city from what I've seen on Portlandia [laughs]!

We're hopefully going to be getting a 1 year VISA and we're still putting together all the dates in March/April so if you're interested in booking me, hit up my manager Tomas (tomas@daniomanagement.com). 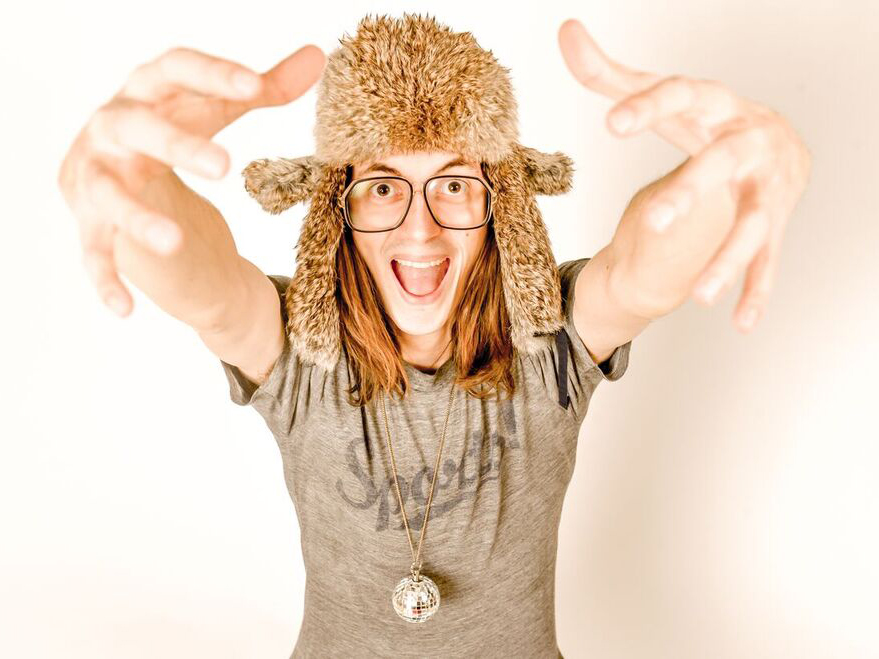 Tell us about the new EP--what were you listening to? What's been inspiring you?

I pretty much exclusively listen to 70s-80s funk/disco and 90s hiphop. The homies at Wefunk Radio (www.wefunkradio.com) have been a huge inspiration to me throughout my career. For this EP my concept was to try and find a way, musically, to pay my respects to the awesome, positive people in my life. I feel pretty isolated in my studio sometimes so I'm just really thankful for the awesome friends who are there for me to help recharge my soul battery so to speak. I wanted to create an energy inducing EP to help you recharge when you listen to it, as a tribute to those who have helped recharge me. So expect some high energy Funky Glitch Hop and some interesting inspiring sounds.

You've got some interesting collabs on the album--can you tell us about a few of them?

The collab with Granular Sumo was an interesting one. I met him during one of my streams on Twitch. I went to his Soundcloud and checked out his music and I was blown away. He only had something like 100 followers when I found him. This guy is an undiscovered man of extreme talent. I asked him if he'd like to collab and we've been pretty good friends since. He's actually working on a remix of one of my tracks from my Front Yard Futon album which, from what I've heard so far, sounds fucking awesome. I might have to put together a album remix EP in the future.

This will be the second collab I've done with Cheshire (the first one being "Snatching It Back") and I've still never met the guy in person [laughs]! We literally have only typed on Facebook to each other but I think something about our two styles just work so well together. It's such a pleasure working with him. We have a workflow that's different to every other collab I've ever done. He almost plays the role of a sample pack and just sends me ideas and samples and bass chops and I kind of arrange everything, add some of my owns sounds and mix it down. I feel like finishing a crossword puzzle or something. The tracks just write themselves. It sounds weird but it works. Really well. This won't be the last collab we do, I guarantee it! We've been talking about doing a full EP together. 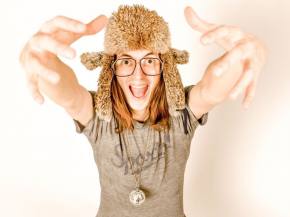 Slynk is coming to America! He chatted with us and gave us a tune. 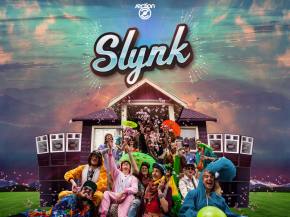 Slynk & Mr. Bill collab on 'I Got Dis,' Front Yard Futon out August 14 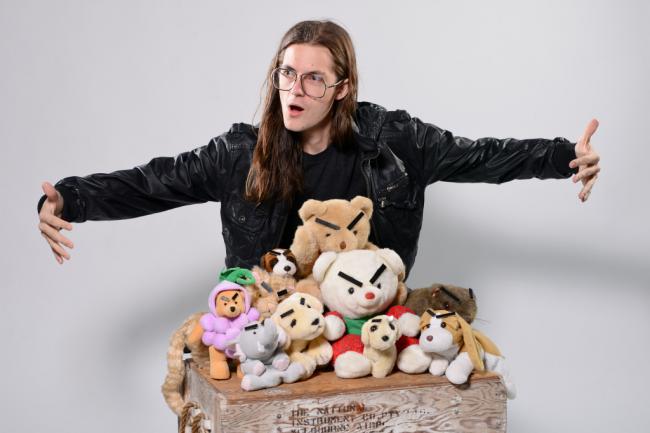