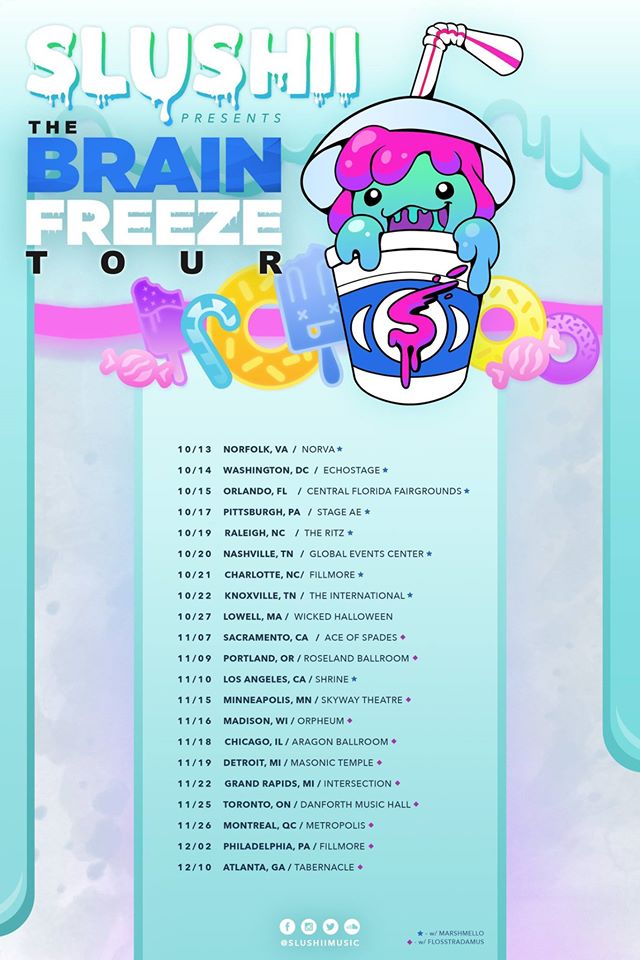 Julian Scanlan, better known as Slushii, has been in the music scene since 2010 with such projects as DJ Swoon, the bassist of Deuteronomy, and one half of the music duo “Monsters With Tiny Mustaches.”

Within the past year though his musical career has blossomed immensely with help of artists like Ookay, Dotcom, and Marshmello just to name a few, as well as being signed to some of the bigger powerhouses in the EDM community like Monstercat, OWSLA, and Mad Decent. Taking the world by storm, Julian has been pumping out music that are winning fans over left and right, including his newest release,“To Say Goodbye.”

“To Say Goodbye,” keeps true to the Slushii style that has won us over from the beginning of his EDM career. Starting out with a beautiful melodic piano, while craftily adding in harmonizing synthesizers, slowly gaining intensity and emotion as the track progresses, this original track is sure to become an immediate classic. With an already stacked portfolio and constantly adding new masterpieces to it, we are so excited to see just what Slushii’s next move will be.

You can catch him on The Brain Freeze tour, supporting Marshmello for the first half, and Flosstradamus on the back half of this summer.