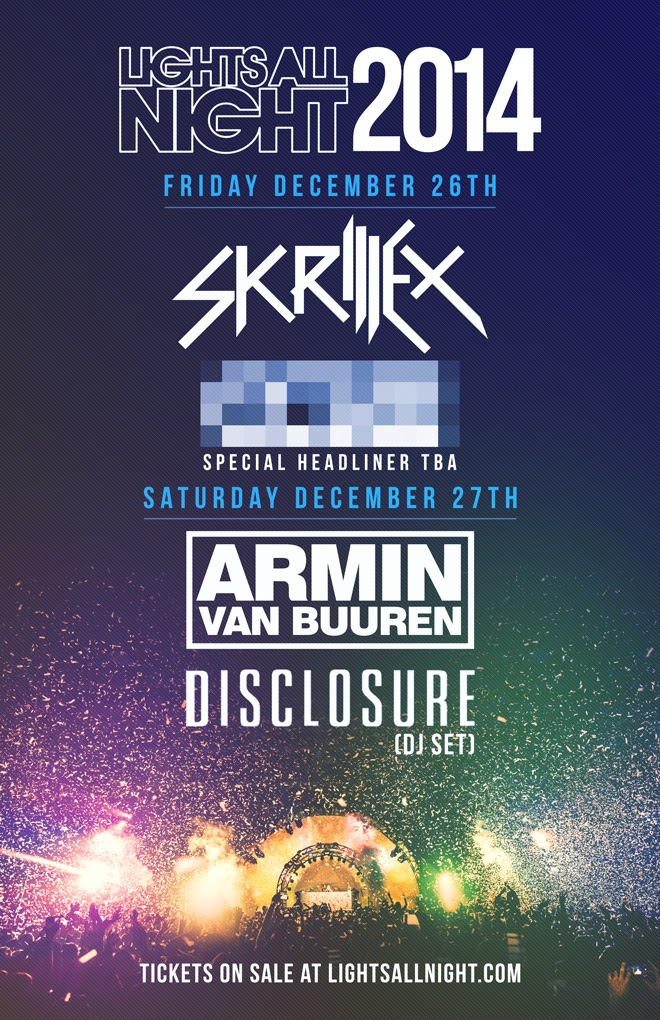 The annual, end-of-the-year blowout LIGHTS ALL NIGHT returns to the Dallas Convention Center in downtown Dallas, TX for its fifth year, and it's already poised to be the biggest event in the festival's history.

Megastar Skrillex will be joined by a mystery headliner on Friday, December 26th, and the next night will be anchored by trance legend Armin van Buuren and a DJ set from the year's biggest breakout stars Disclosure.

With three of the biggest acts in the dance music world already on the bill, it stands to reason that Highland Concerts and MCP Presents will be pulling out all the stops to assemble an all-star cast of the biggest artists on the planet in order to fill out the bill. And just who is that mystery headliner joining Sonny Moore on the 26th?

More than 40,000 attendees sold out the two-night event last year, and tickets for this late December bash are always flying off the shelf at lightning speed. Tickets are on-sale now at lightsallnight.com, and you want to get them at the initial tier levels before they sell out, and before the price goes up.

Ready to stay up all night?