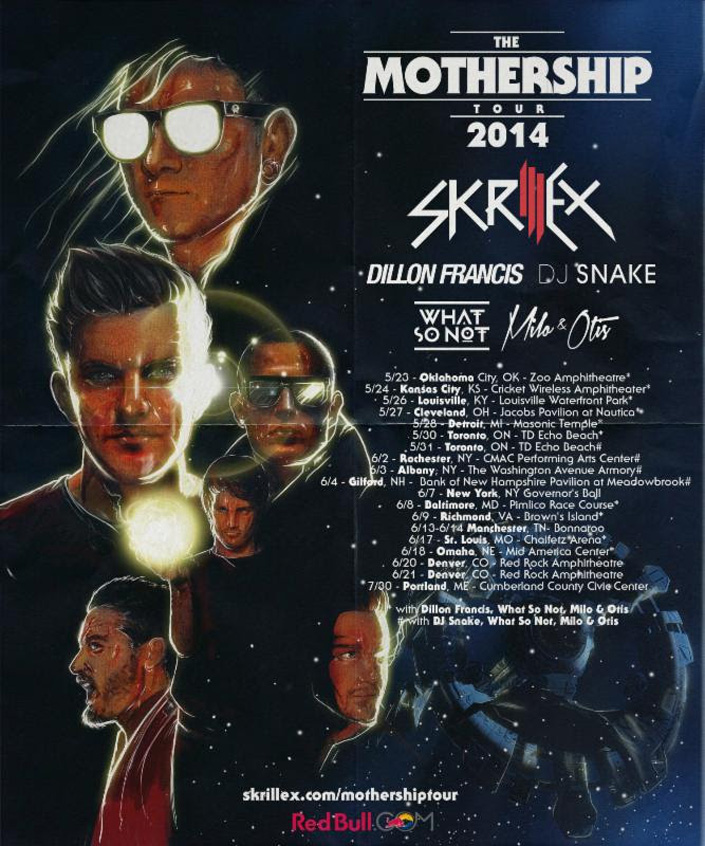 Hitting sheds from coast to coast this summer, its Skrillex's MotherShip 2014 Tour! Bringing along the clown prince of EDM, Dillon Francis, along with DJ Snake, What So Not, and Milo & Otis, the nationwide tour will hit some of the biggest amphitheatres, festivals, and outdoor venues in the country with this massive lineup.

More information can be found at skrillex.com/mothership, and you can check out the video below for a preview of the MotherShip production.