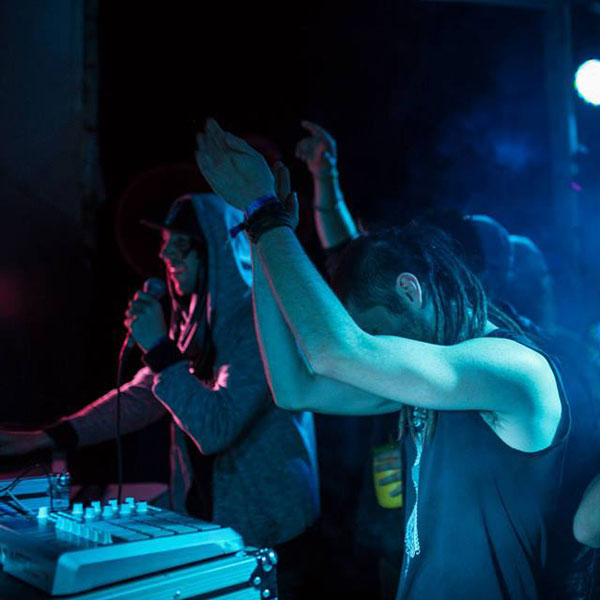 We don't toss around the word “legend” much over here at The Untz—that word gets reserved for the best of the best. Sam Pool gets to claim the title of legend all fucking day, ya heard? Known the world over—or at least to us bass junkies—as SPL, his far-reaching forays into new and unusual sounds made him a top player in the dubstep game. But when he wanted to hop over to wildly new sounds, he constructed the Champagne Drip alter ego, which he now reps solidly with a futuristic, progressive, trappy sound that caught the attention of one of the most cutting-edge labels on the planet.

On December 13, Champagne Drip's new EP, Of course i still love you, gets a big release on Saturate Records. Known for shining a spotlight on underground talent, Pool brings a wealth of experience and veteran know-how to the roster.

Today, we premiere SAYER's hard-hitting remix for “Oni,” one of the standout tracks on the collection. It's a snarling, bit-crushed, rabid stomper of a track, creeping in and then tearing your subs out.

Oakland's own treasure, Arden Sayer, has been steadily creeping into the underground bass scene, and via some high-profile collabs and releases, has made it on a lot of folks' radars in terms of hype acts about to break. In fact, he's doing a number of dates with his main homie G Jones coming soon, and has some mighty big festival plans on deck—which we have on good authority...