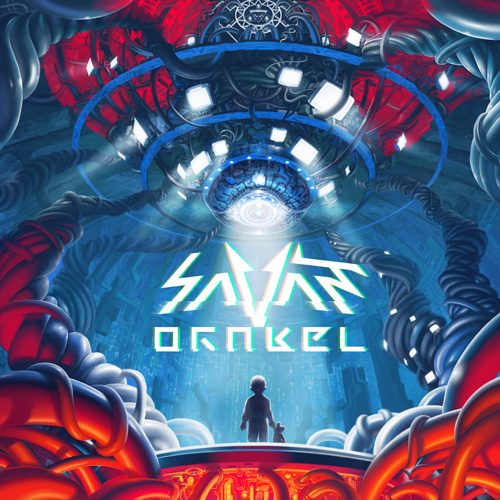 Savant’s Orakel could be the soundtrack to the most epic up-past-dawn rager of our time. In the prodigious Norwegian complextro producer/composer’s billionth release this year alone amidst an intense touring schedule (seriously though: he’s created over 10,000 songs in the past few years), Savant guides listeners through a magical fantasy rave odyssey with 21 epicstep tracks, just in time for 2014.

Orakel begins much like a rockumentary, immediately turnt up. The orchestral overtures that begin the album echo throughout Orakel and give it a filmic feel. Savant doesn’t stay within any one genre for more than a few seconds at a time, but the musical ADD-of-sorts is graceful and creates a sense of momentum between the tracks, making the album altogether a listenable (and danceable) composition.

Tracks worth listening to on repeat (and possibly revising those “Best of 2013” lists) include “Origin” and “How I Roll,” both of which musically and thematically seem to embody the ethos of the album. The former’s range between seapunk-ish mermaidstep to wompy pirate bass to driving, angelic electro combined with an uplifting chorus reassuring listeners that “you can I can be the change” simultaneously inspires daydreams and the art of living-it-up on the dancefloor (as well as the art of making up new ways to describe Savant genre-hopping); the latter is a true complextro anthem that celebrates the community of the dancefloor when the lyrics ask “can I trust in you to take me home?” and is sure to make its way on endless afterparty/drive-home playlists.

Interestingly, Aleksander Vinter takes the DMT-fueled musings of Joe Rogan's "people are bacteria" rant and sets it to a militant D&B thriller that breaks all the rules and gets a little freaky.

If Savant’s vision is not obvious in the composition of Orakel itself, may the title guide us--it’s almost like a bass-wizard’s prophecy of the Best of 2014. The album is so next-level other artists need a time machine set to the Future to even look Savant in the eye.