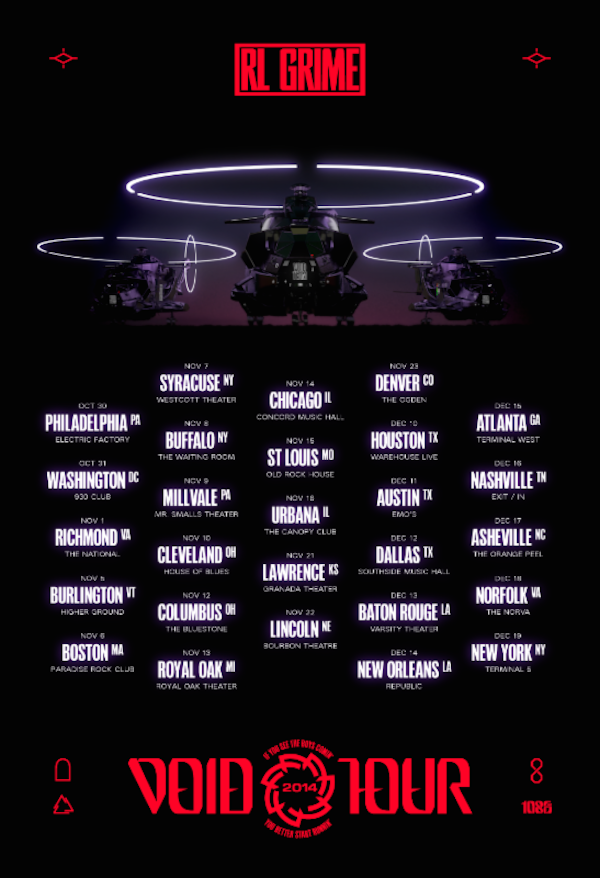 The frigid line outside Terminal 5 was decently long; about half a city block and growing. Girls in skimpy outfits huddled together to protect themselves against the gusts of frigid wind. Guys wrapping their arms around their freezing girlfriends. Shady characters offering deals to jump the line for 10 dollars a head. Everyone excited for what was happening beyond those front doors.

We entered the main room just in time to see the tail end of Branchez set. The energy filled all corners of the room. People were psyched to be out of the cold and get the night started. There is this strange occurrence that happens in NYC during the winter. Tons of great shows and thousands of kids willing to wait hours in the cold. Once they get in, they will make certain the wait was worth it.

Next up was Lunice, positioned awkwardly to the left of the stage with the backdrop of a long white sheet, stretching from ceiling to floor. His entrance reminded me of something Kayne would do, unique yet strange. He came out with an elongated hood covering his face, with ominous dark tones playing through the speakers. Then did some sort of gallop towards the front of the stage to rile the crowd up and proceeded to begin his rap and hip-hop heavy set. It was not really my thing although the crowd was loving it. By the end of the set, Lunice had them eating out of the palm of his hand. He closed the hour with his former TNGHT partner Hudson Mohawke's tune "Chimes." My favorite song of his whole set.

Now for the grand finale: RL Grime. This dude has been killing it this year. From his infamous festival sets, debut album and the VOID tour doing damage all over the US. 2014 was the year of Henry Steinway.

Friday night, he slayed that crowd. Opening up with "Scylla" then transitioning into "Hard House." It was epic. He played through some trap classics, throwing curve balls the entire time. You would think one thing was happening and he would pull a 180 and drop something totally different. The crowd roared its approval each time. There was not one person standing still his entire set. Another memorable moment was the Lion King segue into "Core," mixing childhood nostalgia with one of the hardest trap drops released this year.

Regardless of which side of the polarizing trap fence you find yourself rooted, the production prowess of young RL Grime is undeniable. This is a bona fide star.